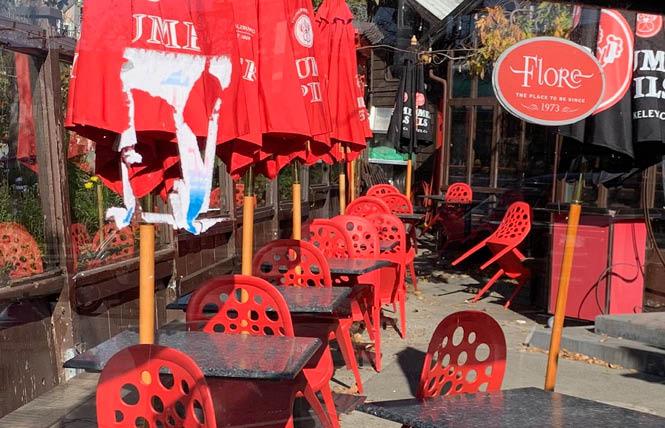 Flore cafe in the Castro has shuttered. Photo: Sari Staver

Hoodline reported Wednesday that Flore's general manager, Luke Bruner, confirmed the restaurant had closed, but declined to provide any details. It appears to have shuttered quietly at some point during the holiday season.

The Bay Area Reporter has been trying to reach owner Terrance Alan for several weeks to confirm the changes at the eatery. He has declined to comment.

While Flore is no longer serving food and drink on a daily basis, a sign on the exterior says it will still be hosting private events in the "greenhouse event space," which will be "open for special events all winter long," Hoodline reported.

One of those special events will be the re-election kickoff of gay state Senator Scott Wiener (D-San Francisco). He and his supporters will launch his campaign event Saturday, January 11, at 10 a.m. Flore is located at 2298 Market Street.