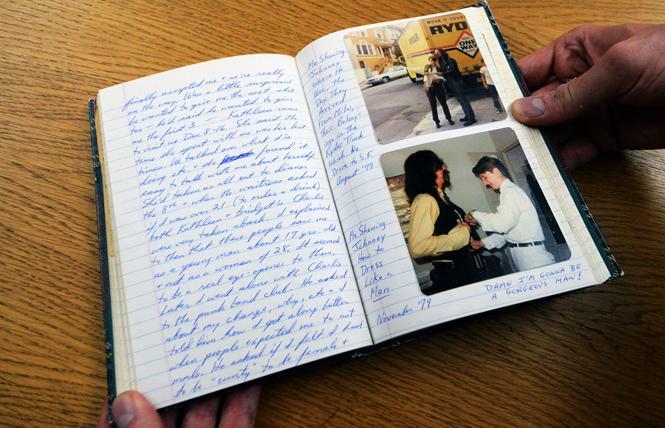 Talya Sokoll, a high school librarian in Massachusetts, is now a proud adoptive caretaker of the José Sarria Papers archival collection maintained by the GLBT Historical Society in San Francisco. She hopes to see the archive in person this summer when she vacations in the city.

"To see archives associated with our queer ancestors is really valuable. There is so much we don't know about because we don't learn about it," said Sokoll, 36, a queer Boston resident who works at a private school. "If you ask students about LGBT history, they know about Stonewall and that is it until we talk about other stuff."

In the fall Sokoll taught for the first time a queer history elective to eight students at her school. One of the people she discussed happened to be Sarria, a Latino Army veteran who died in 2013 at the age of 90 and was a legendary San Francisco-based drag queen.

Sarria founded the Imperial Court in 1965 and grew it into an international philanthropic organization that crowns drag royals and others to carry on its mission. Sarria also made history with his 1961 ultimately unsuccessful bid for a seat on the San Francisco Board of Supervisors, as it was the first time an out gay person had sought elective office in the U.S.

When the historical society sent out an email in April about launching its new "adopt a collection" program with Sarria's papers listed among the 10 options, Sokoll jumped at the chance to do so. Not only does she benefit by purchasing a $120 membership with the historical society, which provides her free access to more than 1,000 partner museums throughout North and South America, Sokoll is also contributing toward the upkeep costs to maintain the Sarria archival materials.

"I thought that is cool, as a librarian we are very adjacent to archives. I decided to become a member and support them from afar," Sokoll told the Bay Area Reporter during a recent phone interview.

A research friend in Seattle had initially connected her to the historical society as a resource for Sokoll to use as she developed the curriculum for her LGBT history class, which she plans to offer annually during the fall semester. She included a lesson about the B.A.R., which worked with the historical society and the Bob Ross Foundation, named after the newspaper's founding publisher, to digitize its old issues and make them accessible for anyone to read online. That project was completed in 2018.

"The museum is obviously amazing, but there is something uniquely special about these archives," said Sokoll. "I have a lot of feelings about archives in general as a librarian and how important they are. So much of LGBT history is not taught or erased, or taught through the lens of cisgender, heterosexual people."

Having virtual or in-person access directly to the personal papers, diaries, oral histories, and belongings of important LGBTQ figures is a special resource worthy of fiscal support, said Sokoll. She told the B.A.R. that she hopes other individuals will also see the merit of being adoptive donors for the 10 collections available for adoption.

"This is an opportunity to learn more about LGBT history and in detail," she said. "And to hear from people who lived it in their own words is really valuable." 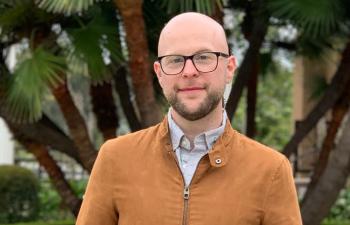 Unique fundraiser
The historical society is aiming to raise $10,000 in new funding over the next year via the adoption program. It would mark a roughly 20% increase from the $40,000 to $50,000 the nonprofit usually sees each year through its membership program.

"But the bigger goal is really to give people a stronger connection to our archives," historical society interim co-executive director Andrew Shaffer told the B.A.R. "The historical society is tasked with preserving these incredible historic artifacts, but in a very real sense their stories belong to the whole community. My hope is that people who adopt a collection come to feel a sense of connection and ownership of the material in our archives - and maybe even add their own collection someday."

The nonprofit spends $250,000 each year on supplies for its archives and to rent space on Market Street to house it. It is hopeful that the adoption program will become a successful way to raise enough money to not only cover those costs but also additional funds to further its archival work.

"I'd love to see the adoption program grow to the point that it can sustain more of this budget, and help us expand our collections and digital resources," said Shaffer. "I know there are lots more people out there who would love to support our work, so my hope is that this program can help us connect with them."

During much of the first two years of the COVID pandemic, the archive was closed not only to researchers and visitors but also to the historical society staff. They are now working through a backlog of archival materials that either have been waiting to be processed or were recently donated.

Nine of the collections to be adopted were chosen because they need more extensive digitization work, explained Shaffer. The Vanguard Street Sweep Photos collection was digitized and posted online due to the financial support of private donors Zane Blaney and John Caldwell.

"Much of our digitizing work is funded through grants and private donations, so we rarely have the opportunity to fully digitize an entire collection unless there's dedicated funding for it," Shaffer said. "Completely digitizing all 10 of these collections would cost tens of thousands of dollars, and we're always on the lookout for donors who want to help us process and digitize our collections."

One collection that documents the life of an African American lesbian and army veteran who served in Germany during World War II, the Lorraine Hurdle Papers, is processed but needs remediation for cigarette smoke, Shaffer told the B.A.R.

"It's actually not uncommon for collections to come to us with physical damage, from smoke, mold, poor storage methods, or just the passage of time," he noted.

Both the collections for Phyllis Lyon and Del Martin, the deceased pioneering lesbian couple, and the late gay artist Gilbert Baker are quite extensive and have yet to be fully processed, especially the most recent materials acquired by the historical society for them.

"Processing is where our archivists sort through the boxes, describe them in a finding aid, and put them in a logical arrangement to make it easier for future researchers," explained Shaffer. "This can be slow, tedious, and expensive work, but it significantly increases the lifespan and research value of the collections."

The Jiro Onuma Papers, about a gay Japanese American interned during World War II, was selected to highlight someone whose story remains obscure.

"We picked it because we think he is somebody not enough people have heard about," said Shaffer. "It is a unique story of a gay Japanese man interned during World War II and not a story many people have heard."

The Louis Graydon Sullivan Papers include a series of personal diaries written by the transgender activist, as the B.A.R. highlighted in 2019 during an LGBTQ History Month series about unique items held by the historical society in its archives. Sullivan, who died in 1991 at the age of 39 due to complications from AIDS, had published a book the year prior considered to be a seminal work about the unique experiences of trans men.

Since the story ran, researchers transcribed and digitized all of Sullivan's journals. The collection was selected for the adoption program as an example of how the historical society's archival materials are utilized.

"We can share with people that here are some books about him that came directly from our archive," Shaffer said.

A gay man hired to direct the society's outreach, media, and fundraising programs, Shaffer had the idea to launch the adoption program after guiding one of the nonprofit's board members on a tour of the archives. He was struck by the emotional connection the person felt to the material.

"He had been to the museum and understood that aspect to our work. But seeing him walk through the archives, a light bulb went off," recalled Shaffer. "We have a lot of people who only ever experienced our work through the museum or events or online resources. They don't know we have this treasure trove of resources sitting in a basement on Market Street."

At some point the historical society hopes to relocate the archives, which houses more than 1,000 individual collections, and its jewel-box of a museum on 18th Street in the heart of the Castro into one larger museum and archival center somewhere in the LGBTQ neighborhood. Mayor London Breed last year allocated $12 million toward the acquisition of a site, though no property has yet to be purchased.

"We can't sell off our collections or anything. This is a way to give people a sense of 'This is my piece of the puzzle' or 'My piece of the collection,' if you will," Shaffer said.

Students, seniors and people on low or fixed incomes can do so for as little as $35 a year. Others can adopt a collection beginning at the $70 associate membership level; each person will receive an adoption certificate.

The historical society plans to send additional materials about the collections to each adoptive donor, such as a postcard featuring an image from the one they selected. Since the program was launched April 11, a number of people have already adopted the collections.

"It is a great program everybody should join," said Shaffer.

To learn more about the adoption program, click here.