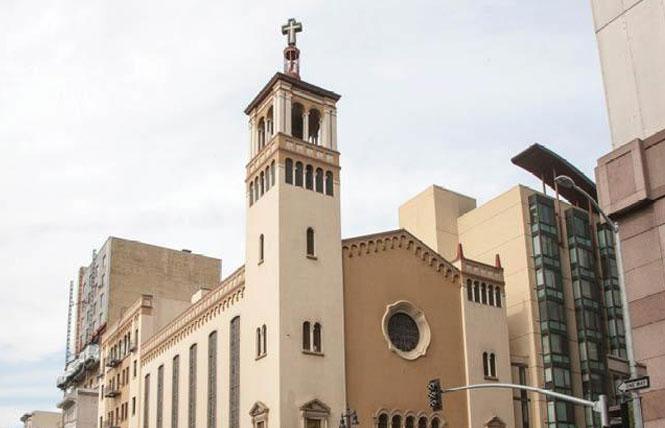 Glide Memorial Church in San Francisco is now an official federal historic site, adding one more property important to LGBTQ history to the National Register of Historic Places. The Keeper of the National Register in Washington, D.C. officially listed the religious institution on March 14.

It followed the California State Historical Resources Commission unanimously voting in January to support the liberal congregation's Tenderloin sanctuary plus an adjacent apartment building at 330 and 302 Ellis Street be added to the register. News of its being approved as a national historic place was shared with the San Francisco Board of Supervisors as part of its April 26 meeting packet.

As the B.A.R. first reported in 2016, the San Francisco Planning Department used part of a $55,000 Underrepresented Communities Grant from the Department of the Interior to hire architectural historian Shayne Watson to write the nomination for Glide. Watson, a lesbian, had co-written a city report on LGBTQ historical resources that had highlighted Glide's contributions toward LGBTQ rights.

She credited Glide archivist Marilyn Kincaid for working with her on the extensive documentation needed to support the nomination request. It being listed, said Watson, is largely due to Kincaid's "heart and soul and devotion" to the church.

Glide's 91-year-old church and several other buildings its foundation owns were already part of the federally recognized Uptown Tenderloin Historic District created in 2009. At the time Glide's significance to LGBTQ history went unmentioned.

As Watson noted in her reports about the church, Glide's pastoral leaders fostered dialogue between faith leaders and LGBT people in the early 1960s. Their outreach led to the creation in December 1964 of the Council on Religion and the Homosexual, notable for being the first group to use the word "homosexual" in its name.

The church has continued to be a safe haven for LGBTQ parishioners and a vocal advocate for LGBTQ issues. It is the fourth LGBTQ historic site in San Francisco to be recognized by the U.S. National Park Service, with the others being the Women's Building, founded in 1971 by a group of women that included a number of lesbian leaders, such as Roma Guy and her wife, Diane Jones; the Federal Building at U.N. Plaza where a group of AIDS activists held vigil 10 years to protest government inaction toward the deadly disease; and the Japanese YWCA/Issei Women's Building, which was the site of the pioneering gay rights group the Mattachine Society's first convention in May 1954. 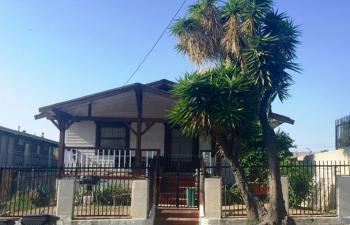 Another California property recommended in January for listing on the national register was the Morris Kight House in Los Angeles. In 1967 Kight, a Los Angeles gay activist who died in 2003, moved into the Craftsman bungalow at 1822 West 4th Street. His home became a meeting place and organizing center for such groups as the L.A. chapter of the Gay Liberation Front, the Christopher Street West parade, and the Gay Community Services Center (later the Los Angeles LGBT Center).

Kate Eggert and her wife, Krisy Gosney, own the firm Gosney-Eggert Historic Preservation Consultants and wrote the nomination for the Kight property. Eggert told the B.A.R. this week that the national register keeper asked them to make a couple of additions to the nomination and they are awaiting word on a final decision if it will be listed.

If listed it would become the second Los Angeles property on the national register. The Great Wall of Los Angeles, a half-mile long mural that depicts numerous California historical events and figures, including the struggle for LGBT rights, was listed in 2017.

To learn more about the various federally recognized LGBTQ historical sites across the U.S. visit https://www.nps.gov/subjects/tellingallamericansstories/lgbtqplaces.htm