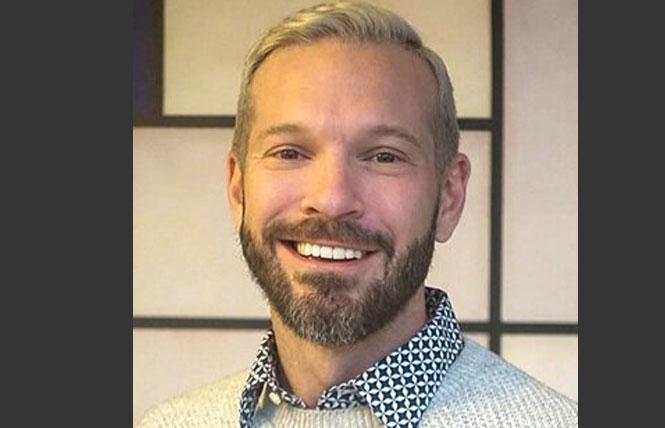 Queer LifeSpace, an LGBTQ+ mental health provider, will celebrate its 10th anniversary with an outdoor party Saturday, May 7, from noon to 5 p.m. on the rooftop patio at 620 Jones Street in San Francisco.

The event will include a luncheon, tea dance, and the launch of a new emerging artists program promoting equitable access to mental health services called EQUARTY (emerging queer artists in their youth). A news release stated that to commemorate the launch, there will be an art exhibition and auction supporting emerging queer artists.

The gala's theme is "Metamorphosis: Embracing Change in the Queer Community," which explores the idea of metamorphosis in an ever-changing and resilient queer community.

Drag artist Juanita MORE! will host and there will be entertainment by the House of MORE!

Queer LifeSpace began in 2011 with the shared vision of its founding directors to bring quality, long-term, and affordable mental health and substance use care to the LGBTQ+ community, the release stated. As the Bay Area Reporter has previously reported, the original co-founders had all been mental health and substance use therapists at the former New Leaf: Services for Our Community, which shuttered in 2010.

The therapists opened the for-profit San Francisco Therapy Collective, which still operates. They soon discovered there was a dearth of mental health services for low-income clients so they launched Queer LifeSpace.

The release stated that EQUARTY was conceived in late 2021 in response to the growing research on the significant impact of the COVID pandemic on artists who've experienced limits on social interaction; physical movement; long-term closure of studios, galleries, and exhibition spaces; and the loss of paid work in the gig and services economy. This has led to heightened emotional and financial vulnerability for artists, the release stated.

"These trying times have heightened, perhaps more than at any other time, the importance of Queer LifeSpace's mission and the work that we have been doing over the past decade," stated co-founder and clinical director Chris Holleran, MFT. "We've been steadfast and consistent in providing affordable, accessible, and effective mental health services to the LGBTQ+ population in San Francisco."

The EQUARTY program primarily supports up-and-coming LGBTQ+ art students and recent art graduates from disadvantaged and underserved backgrounds living in the Bay Area between the ages of 18-30 who lack access to mental health and substance use services, the release stated. The program aims to provide local queer artists with access to individual and group therapy, and connections to career development resources so that they can continue to invest in their work without sacrificing their mental health needs.

"We continue to honor, respect, and hold space for this diversity inherent in the queer community while promoting safety, creativity, and understanding," Holleran stated.
Jessica Woznak, principal at Project Art Consulting, noted the new program will further support and enhance the mission of Queer LifeSpace.

"Having worked in the museum field for nearly 20 years, I have seen the positive value and impact that art can have on people by opening doors to expression, engagement, introspection, and healing," she stated.

Tickets range from $25 for individuals with financial hardship (for the tea dance only) to $200 for the luncheon to $250 for the VIP luncheon. To view ticket levels and to register, click here.

Women's cancer group holds Swim a Mile
The Women's Cancer Resource Center will hold its Swim a Mile/Move a Mile fundraiser April 30-May 1, from 9 a.m. to 3 p.m. at Mills College, 5000 MacArthur Boulevard in Oakland.

According to an email announcement, swimmers and movers of all fitness and skill levels can participate. The event typically sees about 500 people who commit to raise money for WCRC by swimming or moving (walking, etc.) a mile. Some participants have experienced cancer themselves and jump in the pool to celebrate their own recoveries, the email noted. Others use the event as an opportunity to honor the memory of friends or loved ones who have died of cancer.

WCRC, which is based in Berkeley, provides free programs and services to women and their loved ones who are impacted by a cancer diagnosis.

Fitness promoted ahead of Bay to Breakers
The San Francisco Independent Fitness Studio Coalition is teaming with the city to promote fitness for residents leading up to the Bay to Breakers foot race on May 15.

"Let's Move, SF" will see gyms across the city offering fitness specials starting May 2 for two weeks leading up to the race, getting people in shape for the event. It also coincides with Small Business Week, a news release stated.