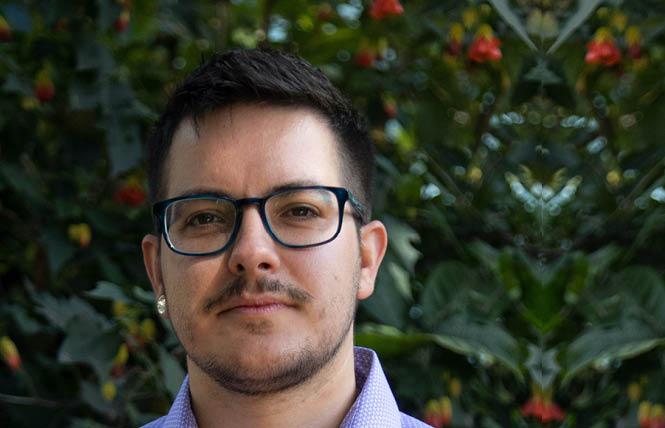 Mayor London Breed has made it official and appointed Pau Crego as the permanent executive director of the San Francisco Office of Transgender Initiatives.

Crego, a trans and nonbinary Spanish immigrant, had been serving as acting executive director since Clair Farley, a trans woman who headed the department since 2017, stepped down last September after leading the office for four years.

Breed and City Administrator Carmen Chu made the announcement April 21.

The office was established by the late mayor Ed Lee in June 2016 with Theresa Sparks as its inaugural director. It marked the first time a mayor in the nation had a senior director of trans initiatives, Lee's office stated at the time. () (Santa Clara County's Office of LGBTQ Affairs was started in 2015, and there are similar offices in Philadelphia and Washington, D.C.)

In a phone interview April 19, Crego, who started at the trans office in 2017 and rose to deputy director before taking over on an interim basis, said he was honored by the appointment.

"I'm thrilled," he said. "I've been with the Office of Transgender Initiatives almost since the beginning. It's an exciting opportunity for me and the trans community locally."

Breed stated that Crego's experience will be an asset to the department.

"I am proud to officially name Pau Crego as the new executive director of the Office of Transgender Initiatives," she stated in a news release. "For years, Pau has led critical and effective initiatives that have served some of our city's most vulnerable trans and LGBT residents. His experience and connection to the community will help build on the instrumental work of this office."

Chu stated that Crego has been "foundational to the office's efforts to promote safety and inclusion for trans and gender-nonconforming people, creating a model for other local governments to follow."

Crego, 34, said that one of his first priorities will be to staff up the office. Currently, there are only three staff members, including him, and one is leaving at the end of the month, he said. Crego said that he wants to take this opportunity to restructure some of the job duties as new staff come on board.

Another immediate goal for Crego is to "deepen some of the trust our office has had" by meeting with community organizations and individual trans leaders "to make sure I'm available as the new director," he added.

In his role as deputy director at the office, Crego advanced the launch and development of some of its most notable initiatives, the mayor's office stated. These include increasing funding for transgender and LGBTQ community services in the areas of housing, health care, arts and culture, violence prevention, and leadership and economic development.

The office also worked to ensure that the city's COVID response included efforts to focus on LGBTQ people, particularly housing vulnerable queer people in shelter-in-place hotels during the pandemic.

Crego said that one of the things he's most proud of is his work in launching Our Trans Home SF. That transitional housing program opened in January 2020 and provides rental subsidies for trans people to live in apartments. St. James Infirmary and Larkin Street Youth Services are the lead agencies overseeing the program, which was initially funded with $2.3 million from the city. The goal is to have residents stay in the apartments for a year and receive assistance looking for employment.

Another program the Office of Transgender Initiatives worked on was the city's trans guaranteed income pilot program that Breed and gay city Treasurer José Cisneros announced in June 2021.

As the B.A.R. previously reported, Crego has lived in San Francisco since 2008 after moving from Barcelona, Spain to study queer studies at City College of San Francisco on a student visa. He later received a green card then became a U.S. citizen during the Trump administration. Prior to joining the trans office he worked at Larkin Street Youth Services and was the first case manager for El/La Para TransLatinas.

Nicole Santamaria, a trans woman, is executive director at El/La and told the B.A.R. she's known Crego for five years.

"He's a good ally of El/La and a great advocate," she said, adding that Crego and the trans office have helped El/La navigate the city's bureaucracy.

Santamaria also noted that Crego is multilingual and that is a plus for connecting with El/La's clients, some of whom are monolingual Spanish speakers. El/La now sees about 300 clients, she noted. It works to educate clients on health and safety as well as identifying barriers to full participation in society and finding resources to overcome them.

"We are super excited not only for the El/La team but for the trans community to have Pau in this leadership position," she added.

Aria Sa'id, a trans woman who is president and chief strategist of the Transgender District, also praised the appointment.

"I wholeheartedly believe Pau is exactly who we need to lead the Office of Transgender Initiatives," Sa'id stated. "His bold vision, strategic thinking, and commitment to equity and compassion will continue to lead our communities towards greater trans justice. I look forward to strengthening the partnership between The Transgender District and OTI under Pau's leadership."

The future
Crego said that this fall, the trans office will start a strategic plan process.

"We want to hear from the community on what the Office of Transgender Initiatives can do," he said.

Part of that outreach is through the office's transgender advisory committee that meets quarterly, Crego said. Just last week, committee members met with the mayor and supervisors to discuss their priorities in the next two-year city budget.

Some of the committee's goals include ending trans homelessness in San Francisco in two years, which would be estimated to cost $46 million over two years, and investing in economic and leadership programs such as internships for trans youth and adults and professional development services for trans immigrants, formerly incarcerated trans people, and trans people with disabilities. It's estimated this would cost $3.2 million over two years, according to a summary Crego provided.

Finally, the committee would like to invest in trans violence prevention and wellness through behavioral health services, mental health services, peer counseling, and arts and culture. This is estimated at $1.1 million over two years.

Crego made the connection between his work and the larger trans community.

"As we're seeing all these attacks on trans youth I'm reflecting on seeing trans adults being visible," he said, referring to the numerous legislative proposals aimed at erasing LGBTQ curriculum from schools, banning LGBTQ-affirming books, and efforts prohibiting trans student athletes from participating in school sports.

"I was aware of being trans at a very young age," he added. "I never imagined I'd move from Spain to San Francisco and work in one of the most important offices focusing on trans issues in the country and perhaps the world."

Crego wasn't sure of his exact official start date and did not yet know his salary but told the B.A.R. he hoped to get through the human resources process "as soon as possible."