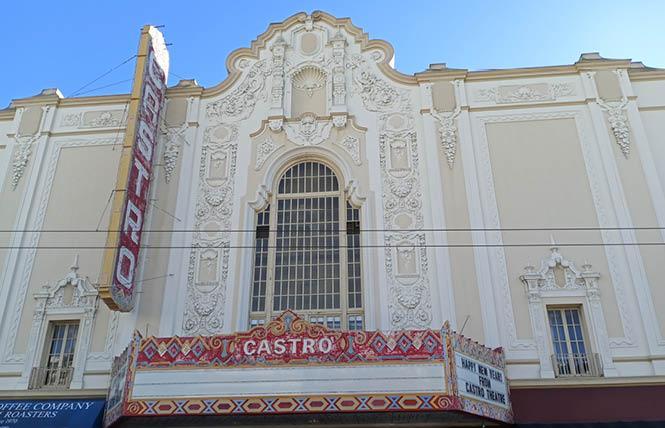 A coalition of community stakeholders concerned about the future of the Castro Theatre has written to Another Planet Entertainment requesting more information about the company's plans for programming at the movie palace. Photo: Scott Wazlowski

Another Planet is the Berkeley-based concert promotion company that assumed management of the fabled cinema earlier this year.

"We are very concerned that changes being made without the input of the Castro LGBTQ Cultural District will result in the erasure or drastic reduction of queer culture in the Castro Theatre," the letter stated.

Dated April 12, the letter expresses concern about "the probable loss of regular film programming, sing-alongs, world-class film festivals, and low-cost rentals accessible to specialty producers like Mark Huestis and Peaches Christ beyond this calendar year." Furthermore, it details additional concerns about preservation of the historic theater along with its organ, the movie screen, "a century's worth of ephemera worthy of cataloging," and various other matters.

In a news release to the Bay Area Reporter which accompanied the letter, cultural district manager Tina Valentin Aguirre, a genderqueer Latinx person, said that APE had refused to meet with them.

"It's been really disappointing to experience Another Planet Entertainment's erasure of film and queer culture in the Castro Theatre while refusing to meet with us or respond with substantive answers to detailed concerns that we have presented to them privately and now publicly," Aguirre stated. "I was cautiously optimistic in early February. In the past two months APE has not met with us despite multiple attempts on our part. I now fear that their commitment to dialogue was less than genuine."

The letter's authors, representing 23 individuals and organizations, then present a list of requests including a "prompt and thorough walkthrough" of the theater with members of the community and qualified historic preservationists; the concert promoter's "full cooperation with and support of an update" to the theater's landmark designation which was granted in 1977; an "immediate cessation" of renovation or removal of items from the theater until a memorandum of understanding is signed with the Castro LGBTQ Cultural District leadership; and "good faith discussions" with the leadership of the Cultural District and community stakeholders "resulting in mutually agreeable commitments to preserve, integrate and enhance pre-existing, accessible community programming and resources..."

The Bay Area Reporter noted in a March article that many people have expressed concerns about the future of the theater. Those include changes to the seating and the cost to rent the facility for programs.

"We are already in negotiation with several nonprofit and LGBTQ community groups to provide access and budgets that are workable for all concerned," David Perry, a gay man and spokesperson for APE, said in a statement. "This is a priority for us, and we'll continue to do so."

Perry said that meetings have been held with the cultural district and other groups. In February, for example, the company met with members of the Castro Merchants Association during the business group's monthly virtual meeting, as the Bay Area Reporter previously reported.

"In addition, just last week, we supplied them with detailed answers to a number of their questions and concerns," he said in a statement to the B.A.R. "Two days ago, we reached out to them for a face-to-face meeting now that COVID protocols and scheduling allow, and are looking forward to that."

Perry said he hopes that meeting will happen within the next couple of weeks.

That aside, Perry takes particular issue with the letter writers suggesting that APE is working toward the erasure of queer culture at the theatre, stating that he himself "would never" work for a company that would do such a thing.

As far as the letter writers' concerns over the possible removal of artifacts and historic ephemera, again, he insisted, there is nothing to worry about. Another Planet wants, eventually, to be able to display many of the historic tchotchkes in the theater for the public to enjoy.

"Another Planet is deeply committed to the historic preservation of the Castro Theatre and its unique place within the Castro, film, and LGBTQ communities," Perry said in a statement.

Updated, 4/14/22: This article has been updated to clarify that the four meetings held so far were all via Zoom.