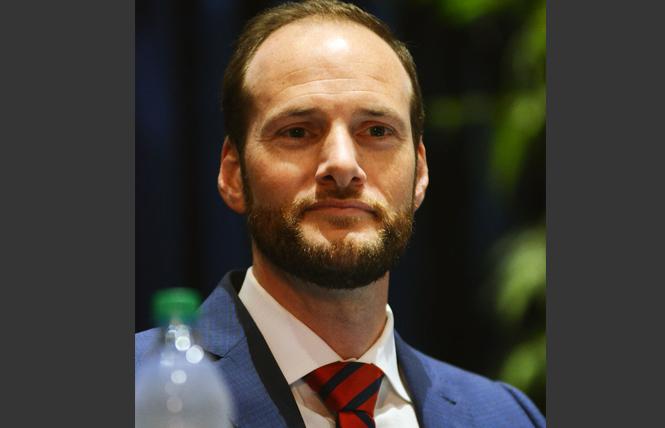 When I was in diapers, my parents drove the getaway car in an armed robbery that tragically took three lives. My mother spent 22 years in prison. My father may never get out. Growing up, I had to go through steel gates just to see my parents. Through those prison visits and my work as a public defender, I've learned that our criminal justice system is profoundly broken. It's broken for victims, who have nothing to show for the billions spent on punishment; it's broken for children, like me, who are left behind when their parents commit crime; it's broken for the communities most impacted by the system, including the LGBTQ community; and it's broken for taxpayers, who pay for a system with recidivism rates above two thirds. I'm running for district attorney because I know we can do better at keeping our communities safe.

I'm proud to have the endorsement of the Harvey Milk LGBTQ Democratic Club, four members of the Board of Supervisors, and national reform leaders including Shaun King, Angela Davis, and Larry Krasner. Numerous other local and national leaders and organizations support my campaign and my plan to treat every arrest as an opportunity for intervention. To keep our communities safe we need to transform lives away from crime. I'll build an office as diverse as San Francisco, improving language access and cultural awareness through hiring, retaining, and promoting a diverse staff, including from the LGBTQ and formerly incarcerated communities.

I'm committed to a survivor-centered response to crime, because it's essential to a safe and just society. My restorative justice program — the most comprehensive of any DA in the United States, and available on my website — is a crucial step in that direction. Its foundation is a commitment to giving every victim of crime a voice in the process, rather than simply using them to secure a conviction.

I was proud to stand with sexual assault survivors in developing a plan to transform our approach to sex crimes, one of the most common yet least prosecuted category of serious crimes. Sex crimes impact people across all demographics, but victims and survivors are far more likely to be transgender, gender-nonconforming, nonbinary, women, low-income, unhoused, and/or people of color. Nearly half of bisexual cis women have been raped. For the trans/gender-nonconforming/nonbinary community, the number is closer to one in two. And even these statistics grossly under-represent the problem because most sexual assaults are never reported. My plan, also available on my website, details a six-point approach to getting justice for survivors of sexual violence, including ensuring that every rape kit is tested right away and that victims are involved in the process. When victims trust the process, they'll report what happens to them and we can eradicate sexual violence from our society.

Our current criminal justice system isn't keeping us safe or doing us justice. We need a new approach. San Francisco deserves it, and so does the LGBTQ community, the core of our city.