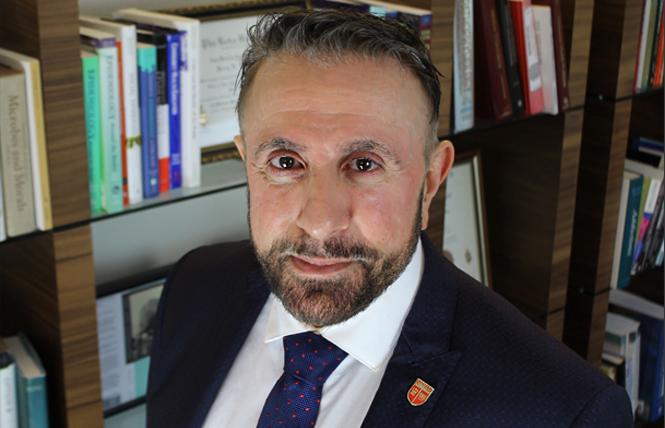 I want to tell you why I wrote "Out in Time: From Stonewall to Queer, How Gay Men Came of Age Across the Generations."

My mother passed away quietly in her bed on March 19, 2014. She was only 76. Like any good Greek American child — the first generation born in the United States — it was incumbent upon me to assure that the cultural rituals were realized. This included a memorializing of my mother at the church 40 days after her passing, known in Greek as "mnemosino."

With the help of my family, I undertook the necessary steps. On the day of the mnemosino, we all gathered in the first few pews of the St. Demetrios Greek Orthodox Church in Astoria, Queens — the community in which I was raised yet escaped at 18 to flee across the river and build my life as a gay man in Manhattan. This is the church in which my parents were married, where my brother and I baptized, and where my parents' funerals were held. My mother was memorialized with many others on that day, and thereafter the priest leading the service gave his sermon.

On that day, with my husband, Bobby, and me front and center, the priest, who I'm identifying only as Ernie (fully aware of our lives as a married gay couple), was compelled to denounce civil rights as "rights that are not bestowed by God." This act is highly reminiscent of the March actions of Stephanie Borowicz — a member of the Pennsylvania Legislature — who, like Ernie, weaponized Christianity prior to the swearing in of the first Muslim state representative, Movita Johnson-Harrell. Ernie's words blaspheming marriage equality tore my heart apart on a day when it was already heavy with burden. After the service, my family and friends who had joined us for the mnemosino — including my closest lifelong friend George to whom my new book is dedicated — comforted and rallied around us in horror and in shame of what had occurred, erasing any negativity of this petty man's caustic words.

Ernie's actions also had had another powerful effect. It released my nephew James, then 18 years old, who until that time was hiding his gay identity — although both Bobby and I were relatively sure he was a gay man. A week later, James came to our home and came out for the very first time to his family. His words were powerful and yet heavy, as they were for me some 30 years earlier. I struggled to comprehend his emotions given that our family — his mother, my cousin, his grandmother, my aunt — had loved me and embraced Bobby for many years.

It was then I knew this book needed to be written — to compel us to realize that our struggles in the LGBTQ population perpetuate. Here is a brief passage from my book "Out in Time," which was released June 3:

"Life as a gay man in the United States continues to be complex and multidimensional, shaped by a person's emotions, family, culture, religion, and society, structures that create the psychosocial burdens so many gay men experience. Notwithstanding the social and political advances that have created a better place for gay men in the United States, generation after generation must navigate and overcome hurdles while establishing their identities in a heterosexist world: for the Stonewall Generation it was the right to live their lives openly and freely; for the AIDS Generation it was the struggle to survive this deadly virus; and for the Queer Generation the battle rages on to make their place in a world filled with failure — such as the fallout from the 2008 financial crisis and growing income inequality — and to resist the monolithic, gender-rigid, racist perceptions that often permeate gay culture. Though these challenges are wide and varied, there is one that remains a constant for all generations of gay men, central to the battle for their existence: coming out.

"There are also commonalities that tie coming out experiences together across generations, whether you are a 78-year-old black man who grew up in Baltimore in the 1950s or a Chinese Mexican 19-year-old university student today, or anyone in between. While 59 years separates the generation of these two men, the battles they face continue, and both continue to resist the wars that are waged against them. Of course, differences exist as well, due to individual circumstances and personal experiences.

"In telling their stories, each one of these men reveals who he is through personal narratives ... these narratives also show the multiple identities that these men have been developing throughout the course of their lives — as gay men, as lovers, as brothers, as sons, as professionals, in addition to their identities across culture, race, ethnicity, and location of birth, religion, and gender. The story of one's gay identity is not separate from the myriad other identities a person holds. These identities include that of the otherness created by a heteronormative society; the masculine or male identity imposed by the same society as well as the gay community; one's identity along the lines of race, ethnicity, and culture; the identity of drug use and partying; and one's identity as a sexual being who has sex with other men — this latter identity defining a great part of who we are."

Perry N. Halkitis is dean and director of the Center for Health, Identity Behavior & Prevention Studies, School of Public Health, Rutgers University. His book "Out in Time: From Stonewall to Queer, How Gay Men Came of Age Across the Generations" was recently published by Oxford University Press and available at www.amazon.com.