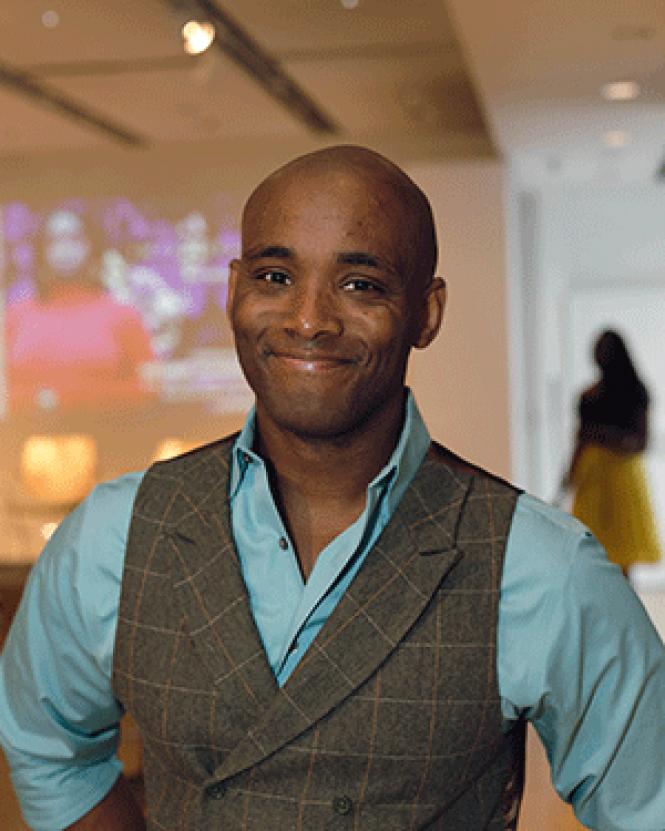 San Francisco Black Community Matters is a new book group that seeks to give a voice to African-Americans in the city. A couple months ago, we held our inaugural meeting to discuss Michelle Alexander's 2010 work, "The New Jim Crow: Mass Incarceration in the Age of Colorblindness."

Because the goal of SFBCM is to highlight the racism and inequities that many black people face in the city, we thought that "The New Jim Crow" would be a great selection to discuss. However, we were not prepared for the impact that the conversation would have.

SFBCM was founded by activist and San Francisco native Shaun Haines, a gay man, and includes gay board members DeAnthony Jones, Anietie Ekanem, and John Weber. I also serve on the board and am a straight ally. The idea of the book club came from asking, "How can we engage the community in a discussion about race and the criminal justice system in San Francisco?" In a city that is less than 4 percent black, African-Americans represent 40 percent of the arrests made and 44 percent of the city's jail population. With staggering numbers that clearly show discrimination toward San Francisco's black population, we felt that Alexander's work would be the perfect way to spark a much-needed dialogue. Called "the most important book published in this century about the U.S.," the brilliance of "The New Jim Crow" is that it is easily digestible: it conveys a very complex problem in a way that anyone can understand it, and many have. This, we felt, would be the best way to kick off our book club and the organization to the public.

In the small but packed conference room in the main San Francisco Public Library, we began the book club meeting. The group consisted of black people of all ages, genders, and sexual orientations, as well as white people. When discussing the direction of the book club, we thought about creating a black-only space, seeing that there are not too many left in San Francisco. However, seeing that the imbalances of the criminal justice system affect us all, we decided to open the book club to all races and ethnicities. Being that "The New Jim Crow" is such an expansive and deep work, the first meeting covered the introduction and the first three chapters.

As we read through the chapters and discussed the context, I was taken to a place when I was younger. Drugs, no opportunities, and poor role models surrounded us. The allure of making money where there was no legal way of making money had gotten some of us. We were all susceptible to indulging in crime for temporary satisfaction. That attraction, however, was fool's gold. Neighborhoods that were once populated with young men and women wearing flashy jewelry and dreams of "making it big" were replaced with adults addicted to drugs or people recently released from prison, struggling with how to survive in a country that had locked them out. What many of us found out is the game was rigged the moment we decided to play.

Recidivism, the concept of people being released from prison and returning after being arrested for a crime, is the cornerstone of "The New Jim Crow." However, after discussing the theory of mass incarceration with the book club, I realized that it, and not "free enterprise," was the true engine that drives America. In 2016, Prison Policy Initiative, an advocacy group that focuses on how mass incarceration affects the country, published a report that states over two million people are currently locked up in federal, state, local, and youth facilities. One in five are incarcerated from drug offenses and while black people make up 13 percent of America's population, they represent over 40 percent of those imprisoned.

These statistics only count people that are currently held in custody and not those who are on probation or supervised release. According to the San Francisco Adult Probation Department, in 2015 there were 4,600 people on probation, post-release community supervision, and mandatory supervision. In the inner cities, we call it "being on paper." With these restrictions, you will have difficulties finding housing, employment, and gaining government services due to your conviction, all due to legislation such as the 1994 crime bill that was championed by former President Bill Clinton. Decades later, many people view that law as a mistake.

With few opportunities, many experience hopelessness and some may relapse on drugs to cope or "go back to the streets" to survive, only to become incarcerated again. It is a cycle, or as Alexander writes, "Creating a permanent underclass."

Our meeting concluded with everyone giving their impressions of the event and their pledge to do what they could to fight injustice. In all, the first SFBCM book club was a success. Bringing people together to discuss an influential book that highlights some of the most important issues that face us not only as a city, but as community, is something that is greatly needed, but sorely missed in San Francisco. The SFBCM will continue to create forums such as this to push this necessary conversation for change and understanding.

For more information on the next SFBCM book club meeting and the organization, go to www.sfbcm.org.