Reflections on a failed coup 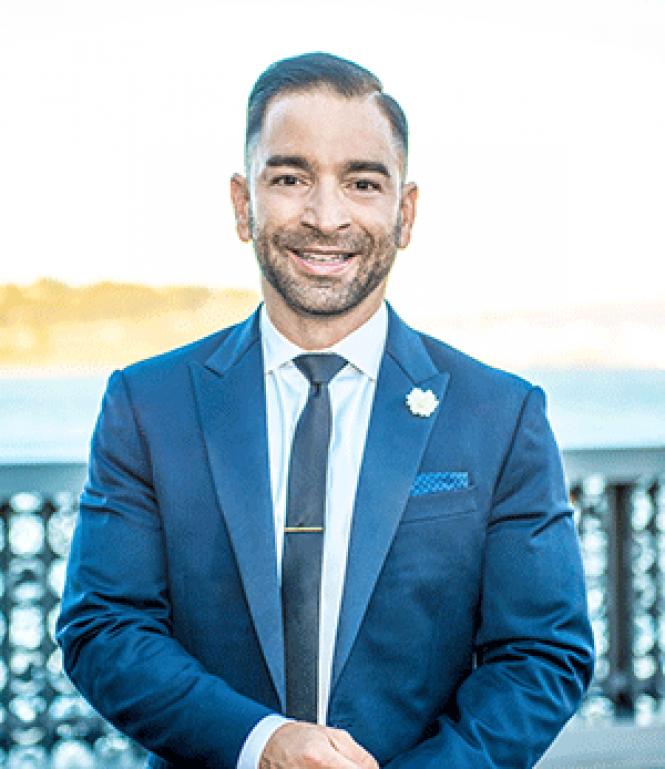 I'm an adventurer by nature and my travels have taken me to far-flung parts of the globe, including work in developing countries during civil conflict.

But nothing prepared me for the whirlwind 72 hours that began last Friday night in Istanbul, Turkey. By the time my partner, Charlie Smith, and I made it to the airport on Sunday morning, the U.S. State Department was recommending American citizens in Turkey "shelter in place." Meanwhile, common sense, and a close friend in Congresswoman Nancy Pelosi's (D-San Francisco) office, suggested we get out of the country as quickly as possible.

It took landing safely in Madrid to be able to process my thoughts and reflect on what transpired.

Friday night started innocuously. We had gathered for a final celebratory birthday dinner with two dear American friends before we were to part ways. Charlie and I would return to the U.S., while the birthday boy and his companion would continue to France. The tragedy in Nice weighed heavy on us and our concern focused on safety during their next leg of travel and for the people of France.

Then the night took an abrupt turn. As we collected our check, a nervous waiter announced in broken English: "Something is happening in our country. You should get back to your hotel quickly." We initially weren't sure how to interpret this, but as we reached the streets, the panicked faces of locals told us it could be serious. Then the ominous texts from back home: "Are you safe?!?!" We still didn't have any information, but we knew there was trouble in Turkey. We contacted our loved ones, withdrew cash from the ATM, and quickly returned to the hotel.

Our hotel was situated at the base of the Bosphorus Bridge, one of two seized by resistance forces. We were instructed by hotel staff to stay in our rooms, dim lights, and avoid windows. Broadcast media was cut around midnight, but not before we learned the Turkish military was attempting a coup. It was too late to reach the U.S. Consulate, so we busied ourselves with registering our whereabouts with the State Department online and texting photos of our passports to relatives stateside. (Tip: Texting photos of your passport to loved ones from a country under siege really freaks them out. Leave copies with them before you depart.)

As we settled in around 2 a.m., gunfire, tanks, and explosions marked the night right outside our window. At one point the building shook so bad that I sprang up in bed certain we were having an earthquake. Charlie: "That sounded like a bomb." There were two more that night. It wasn't until morning that we learned that resistance forces were setting off sonic booms to frighten people. It worked. It was a dramatic and tense night, but at no point did we ever feel in direct danger.

When the dust cleared in the morning, the coup had failed. As Westerners, we had mixed emotions. On the one hand, I oppose military intervention in democracies. On the other, we met countless people who strongly believe Turkish President Recep Erdogan is dangerous. Erdogan has been in power for 24 years, first as mayor of Istanbul, then prime minister, and now president. His current position, which he won after being termed out as prime minister, is largely ceremonial. Now he's attempting to change the constitution to assign himself power. During my visit, I learned directly from the Turkish people how Erdogan's pro-Islamic radical views against the secular, women, labor, and LGBT people fundamentally betray democratic values upon which Mustafa Kemal AtatÇ"rk founded the country in 1923.

The day we left the country, pro-Erdogan (and largely conservative, religious) demonstrators flooded into Taksim Square. Meanwhile, the New York Times highlighted that earlier this year the same square was off limits for labor demonstrations and LGBT Pride celebrations. In both cases, gatherers were met with military police and tear gas.

My heart is heavy for the Turkish people. We met so many kind, talented, generous people â€" people who are worried for their future. The country relies heavily on tourism, and recent ISIS attacks have left it hurting. Nobody could have predicted the attempted coup, but it could not be at a worse time for Turkey, and many worry it could be a fatal blow. Yet if I had it to do over, I wouldn't change a thing. I was taught at a young age the importance of discovering new cultures and meeting people with different views. (It's one of the things I love most about San Francisco and our diverse LGBT community.) It's only by exploring the world can we learn how much we share in common as a human race, and overcome our insignificant differences. It is the antidote to the troubling global trend of nationalism.

We explored caves. We visited markets and mosques. We shared meals with locals who don't share our language or world view. We learned more about Islam, a beautiful, loving religion that has nothing to do with the extremists who commit violence in the name of the prophet Mohammad. We discovered people and places running over with joy, inspiration, and hope. And while I was truly grateful to touch down on American soil late on Monday night, I wouldn't trade the experience for the world. I look forward to the day I return, and in the meantime, I pray for peace and stability in Turkey.

James Loduca is senior vice president at San Francisco AIDS Foundation. He and his partner live in Noe Valley.