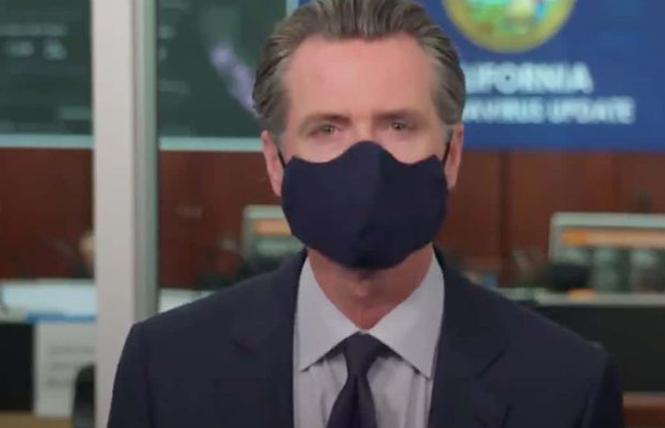 Governor Gavin Newsom acknowledged Monday that he had made a "bad mistake" by attending a dinner party earlier this month at the exclusive French Laundry restaurant in Yountville to celebrate a friend's 50th birthday. As first reported by the San Francisco Chronicle, Newsom and his wife were part of the gathering that included more than three households, in contradiction to instructions he gave Californians to stem the spread of COVID-19. "Do as I say and not as I do" riffs soon appeared on social media. Newsom said last Friday when the story broke that he modeled poor behavior. He's right about that.

But Californians shouldn't tune out Newsom because of his unforced error. Many of us have forgotten to wear a mask — if only briefly — on occasion, gathered with too many people when we shouldn't have, or taken some other risk. Nobody's perfect. The point is that while we're all tired of being cooped up and not able to meet with friends and family, now is not the time to shirk what experts say are the best ways to stay safe: wear a mask, socially distance, and wash your hands frequently. The fact is that in this third wave COVID-19 cases are exploding around the country and the Golden State is not exempt.

The situation in California is alarming, now with over 1 million cases. According to Newsom, the state has an average of 164,345 daily COVID tests, with a positivity rate of 4.6%. (That rate needs to fall below 3%.) The state is seeing a daily case average of 8,198 and a 48% increase in the hospitalization rate over the last two weeks. The ICU rate has increased by 39% over the last two weeks. On Monday, Newsom said he was "pulling an emergency brake" on reopenings, with 41 counties (94% of the state's population) being moved to the most restrictive purple tier — that includes Alameda, Contra Costa, Santa Clara, and most other Bay Area counties. San Francisco is in the red tier, after achieving the least restrictive yellow status just a few weeks ago. San Mateo County is also in the red tier.

It's scary how quickly plans can fall apart, and especially frustrating for businesses like restaurants — one day they're allowed to have modified indoor dining, the next it's back to take-out and delivery only. On Tuesday, state officials gave an update that says all residents should wear face coverings "at all times when outside of the home" by everyone over the age of 2. Exceptions are when people are eating or alone in their home or room, outside if six feet apart, and some rare medical conditions.

With Thanksgiving next week, the anxiety is even higher as family gatherings are strongly discouraged by public health officials — as is traveling to visit relatives or friends — and people are figuring out what to do this year.

It's even more important to adhere to state officials' directives now that President Donald Trump has abandoned leadership of the issue since his defeat. He has totally neglected the pandemic — even more than he did previously — now spending his days tweeting, watching Fox News, or hitting the golf course. His inability to accept reality puts lives at risk everyday. And, while news on possible COVID-19 vaccines is promising, it will be at least next spring before they are available for most people.

So, curse at Newsom for his foolishness or make a joke at his expense if you must. But after you get it out of your system, continue to wear a mask. It's the single most important thing you can do to prevent virus droplets from spreading — and it protects you too, according to infectious disease expert Dr. Anthony Fauci. The Centers for Disease Control and Prevention belatedly acknowledged that in a recent update to its COVID-19 guidance.