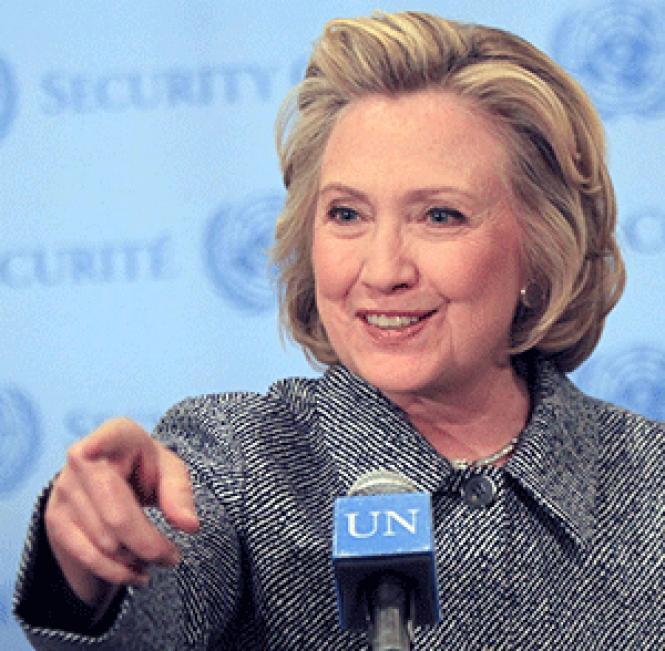 Equality California is fighting for relevance and if you need proof of that, look no further than its irrelevant endorsement of Hillary Clinton for president in 2016.

Clinton has not even announced her candidacy. While she is widely expected to make a second run at the White House, EQCA's early endorsement amounts to nothing more than clickbait. The statewide LGBT organization did not interview her and it did not send her a questionnaire to complete – two requirements for candidates who seek its backing. In fact, just last week, EQCA told us that it was holding off from endorsing a candidate for one of California's Senate seats (for which there are declared candidates, including state Attorney General Kamala Harris, a solid community ally) because it is "just starting the process" and the candidates "have to answer our questionnaire."

OK, so why endorse someone who isn't an official candidate yet?

"In coming to our endorsement, we carefully reviewed Secretary Clinton's very robust record on LGBT issues and compared her record to the other potential presidential candidates," Zbur told us. "Given the importance of this race to the LGBT community, we decided to endorse early because the choice is clear, and because we want to mobilize our community to urge her to run, and we want to begin early preparations to help her win."

It would have been better if EQCA had first led a statewide campaign urging Clinton to run. And it could have followed up with its formal endorsement process once she entered the race.

EQCA's actions are similar to that of the Human Rights Campaign four years ago. In May 2011 HRC rendered itself irrelevant in the 2012 presidential race when it early-endorsed President Barack Obama. While it was never likely that HRC would endorse a Republican candidate, its decision to back Obama's re-election so early gave up any leverage in its ability to press GOP candidates on LGBT issues. The president, too, had no motive to promote LGBT equality to earn HRC's endorsement; although as it happened, he did come out in favor of marriage equality a year later – before the election – mostly thanks to Vice President Joe Biden's comments on Meet the Press .

California has some of the strongest workplace, education, and health care protections for LGBT people in the country, including marriage equality. When Zbur took the helm of the organization last fall, we asked him what work is left for EQCA now that marriage equality has been achieved here. EQCA is now largely focusing on legislation to clarify some existing laws and making a big push to get state agencies to collect data on LGBTs so that they have a clearer picture of services needed and the funding to support them. EQCA also launched a faith effort, mostly by merging with California Faith for Equality. Those are good and necessary initiatives, but they're not popular or strike an emotional chord like marriage equality and so they don't draw donors like same-sex marriage can.

Washington Post political reporter Chris Cillizza developed an astute endorsement hierarchy a few years ago that explains the importance of different types of political endorsements. At the top of the list is what he termed the symbolic endorsement, like when Colin Powell endorsed Obama or Jeb Bush endorsed Mitt Romney. EQCA's backing of non-candidate Clinton might be described as a non-endorsement endorsement, which is low on the list.

The endorsement harms EQCA more than it helps Clinton. It risks EQCA appearing to curry favor by obeisance; that it's sufficiently groveling earlier than others to get some attention. In the long run it's a weak strategy. Like HRC's 2011 backing of Obama, EQCA has taken itself out of the game before the election has officially started. It's given up what moral persuasion it might have had, to push Clinton to talk more about anti-trans violence, race relations, or any number of topics. Burning questions for Clinton include: would she appoint an LGBT person to the U.S. Supreme Court? Would she advocate repealing the ban on open trans military service? Will she continue advocating for global LGBT rights as she did when she was secretary of state?

EQCA missed an opportunity as the premier statewide LGBT organization to influence presidential politics. California's the most populous state in the country; it has the world's eighth largest economy and the most Electoral College votes, at 55. California cannot be ignored and EQCA blew it.