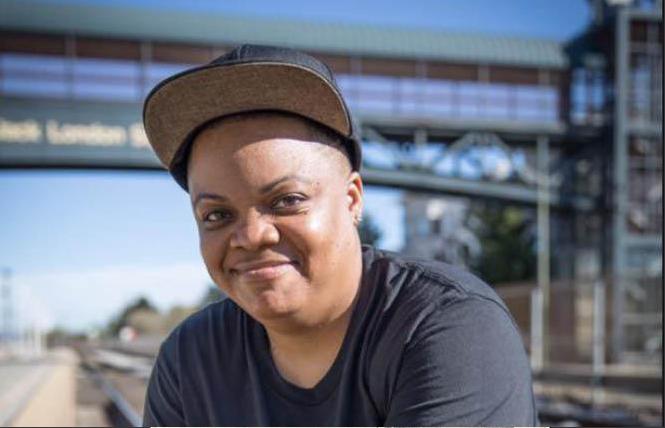 A Lafayette attorney and longtime Democratic Party member is asking the president of San Francisco Pride's board of directors to step down after remarks he alleges she made as he was being suspended from the Contra Costa County Democratic Party Central Committee they both serve on.

In a letter to SF Pride's board of directors dated June 24, attorney Jason Bezis, a straight ally, alleged that Carolyn Wysinger, who serves as board president for the San Francisco LGBT Pride Celebration Committee, "made extremely bigoted and slanderous comments" during an April 15, 2021 closed-door session of the body that governs Contra Costa County's Democratic Party.

The closed-door session had been called to determine whether Bezis should be suspended from the body for violating its bylaws by allegedly supporting a non-Democratic Party candidate.

Wysinger and Peter-Astrid Kane, SF Pride's communications manager, did not respond to multiple requests for comment for this story. Bezis said he has not received a response from Pride to his letter.

At the time that Bezis was serving as an alternate member of the committee for state Senator Steve Glazer (D-Orinda), he filed a complaint with the state Fair Political Practices Commission against Jamie Salcido, the Democratic Party-endorsed candidate for BART District 1, according to a statement of charges that hadn't been made public but was provided to the Bay Area Reporter.

Glazer's staff did not return a request for comment.

Bezis maintains this complaint was made on behalf of a client, Jack Weir (a retired Pleasant Hill councilmember who endorsed Salcido's opponent, incumbent BART director Debora Allen), and was not intended to be public, though he did contact Rachel Swan of the San Francisco Chronicle about the complaint and it is available online.

The complaint was shared on Facebook by Allen. While the BART race is technically nonpartisan, Allen had previously ran as a Republican for state Assembly in 2016. Allen ended up beating Salcido by a large margin.

Swan and the Chronicle declined comment for this story.

Bezis said he came to represent Weir due to the latter's position as "a prominent former city councilmember" and his own expertise with FPPC work.

"This was a BART race," Bezis told the B.A.R. "I was acting on behalf of a client. ... The proceeding itself was basically a kangaroo court closed to the public and the press."

While members of the central committee were saying their piece, Bezis alleges that Wysinger — who sits on the body as a voting representative of the Lambda Democratic Club of Contra Costa County — displayed "deep-seated race, national origin, and gender-based animus and prejudice," in the email's words.

"Instead of addressing the actual charges about a BART election, Ms. Wysinger implored the body to disregard the facts and the law and punish me based upon her personal prejudices against me," Bezis alleged.

"Ms. Wysinger called for my removal from the Democratic Party based on my race, national origin, and gender: 'There's nothing more dangerous to justice than a rules-following White man, but there's something more dangerous than that: a rules-following White man who is not even white. That is very dangerous,'" Bezis wrote, quoting Wysinger, explaining that he took notes of her comments.

"Ms. Wysinger doubled down on her 'dangerous' rhetoric by repeatedly stating that I was 'terrorizing' others," Bezis' email continues. "'So you are literally terrorizing. We watched the accused terrorize a trans woman in our body for the last seven to eight months. We've seen Black women attacked and disrespected,' Ms. Wysinger baselessly asserted. '[T]he only thing I've seen from the accused is a pattern of attacking and disrespecting women of color and queer women.'"

Bezis took particular exception to the accusation he was "terrorizing."

"In the weeks after September 11, 2001, I was held back from boarding an airplane because I was a presumed 'terrorist,'" Bezis, who wrote he is Greek but is "often confused for a Middle Easterner," stated. "For Ms. Wysinger to transform a hearing about a BART election into a free-wheeling forum to hurl hurtful insults at the accused suggests her contempt not only for core American constitutional values, but also for basic, universal human norms of empathy and decency."

Bezis alleges that Wysinger concluded her statement with the words that "I absolutely am going to be voting for this item and I encourage anyone who is in the interest of equity to do the very, very same, so we can push toward equity for queer, trans people and women of color."
Continued Bezis: "If this had been an actual trial, Ms. Wysinger's animus against the accused based on race, national origin, or gender that she expressed during deliberations would have been sufficient to declare a mistrial. Ms. Wysinger has perverted, self-defined conceptions of 'justice' and 'equity' that she wields as weapons to oppress others."

Bezis' email to SF Pride went on to compare Wysinger to former President Donald Trump, and to implore the SF Pride organization to remove Wysinger and repudiate her conduct should she not resign.

"If San Francisco Pride believes that it is acceptable to exclude people from organizations merely because of biases based on race, national origin, or gender, then it should engage in 'truth in advertising' and remove certain colors from its rainbow flag logo," Bezis wrote to SF Pride. "If President Wysinger's words and conduct represent San Francisco Pride's actual values, then it is time for the wider Bay Area and national community to re-evaluate San Francisco Pride as an institution."

'A confidential internal matter'
Following the closed-door session, Bezis became the first member of the Contra Costa County Democratic Party Central Committee to be disciplined, according to the Contra Costa Herald, when the six-year veteran of the group received a one-year suspension after being found guilty of violating the bylaws. He can attend meetings but cannot vote on agenda items.

Katie Ricklefs, the chair of the Contra Costa County Democratic Party Central Committee, did not respond to a request for comment.

Robyn Kuslits, who represents Contra Costa County supervisorial District 4 on the committee, was one of two signers-on of the statement of charges against Bezis.

"The complaint issued against Mr. Bezis is a confidential internal matter for the Democratic Party of Contra Costa County, and was resolved in closed executive session per internal procedures based on Robert's Rules of Order," Kuslits wrote July 8. "I am grateful for the many members who stood with me and spoke truth to power during the extremely stressful months as the complaint was resolved. I am also grateful for the fairness and professionalism displayed by local party leadership in ensuring a just and equitable outcome was delivered. I have no further comment at this time."

Wysinger has served on Pride's board of directors since 2018, and as president since 2019.

Bezis told the B.A.R. he believes that his suspension was an act of revenge because he'd filed a complaint with the county party and the state party over the local Democratic Party's endorsement of Wysinger last year during her ill-fated run for West Contra Costa Unified School District Area 5 trustee.

Bezis said his complaint was because he believed the vote to endorse Wysinger was irregular because it was held a second time (after a first vote had not reached the necessary threshold) after the committee had moved on to another item of business.

"One or two of the other candidates had already left the meeting," Bezis said. "After this was over I didn't like it, and other people didn't either, so I filed a complaint. ... I have nothing against her personally, it's just that we have rules."

Letters to the editor: Correcting the record on Bezis v. Wysinger
Sign up!