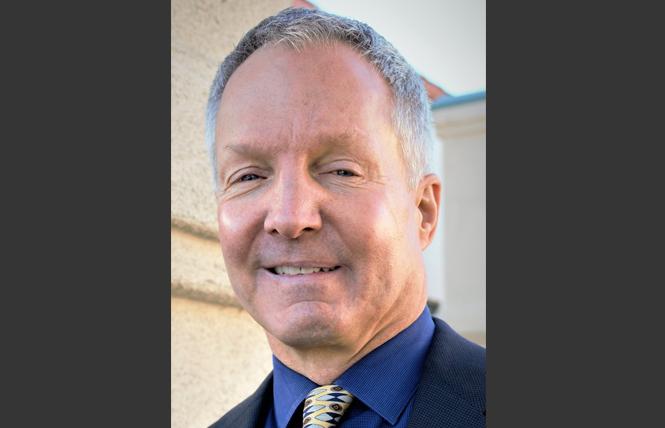 A gay man has been appointed executive director of the California Association of Area Agencies on Aging, or C4A.

Michael Costa, who has a master's degree in public policy, began the position this month.

Costa, 69, who was a member of San Francisco's LGBT Aging Policy Task Force in 2012, has over 30 years of experience developing and implementing products, programs, and policies impacting older adults and other vulnerable populations, according to a news release.

"Michael is joining us at a pivotal time and will build upon the strong success of the C4A in advocating for additional investments for older adults and people with disabilities," stated Victoria Jump, president of C4A. "With his experience we are in great hands."

According to the release, Costa has worked with area agencies on aging, local community benefit organizations, and state trade associations, helping them understand and respond to opportunities in an evolving market and regulatory environment. His accomplishments include gaining coverage and payment from government and private payers for breakthrough drugs and medical technologies, evaluating opportunities for new health care-social service hybrids, and developing strategies for infrastructures integrating social and health care service provision.

"I'm excited to join C4A," Costa stated. "I look forward to expanding the organization's contributions to social and health policy development benefiting older adults and people with disabilities in California."

In his role as executive director, Costa will, in concert with the C4A board and executive committee, evaluate the opportunities for the organization to continue to grow as an active advocate for older adults and people with disabilities, the release stated. C4A looks forward to establishing collaborative partnerships to respond to initiatives such as CalAIM, the state's group to advance and innovate MediCal; the state Master Plan on Aging; and various federal Medicare and Medicaid program and benefit proposals currently in development.

C4A is a nonprofit organization representing California's 33 area agencies on aging and is the leading voice on aging issues in the state, the release stated. It works closely with the Administration on Aging, the California Department of Aging, Department of Social Services, Department of Rehabilitation, and key provider associations.

Q Foundation gets donation from Krewe de Kinque
Krewe de Kinque, a social and charitable Mardi Gras club based in San Francisco, has donated $7,155 to the Q Foundation, which provides housing help to seniors, HIV-positive people, and disabled adults.

Krewe de Kinque recently closed its books after more than a year of fundraising during the COVID-19 pandemic. According to a news release, Queen XVII Diane Wheeler raised $1,800 during two online fundraisers toward more than $4,000 generated via the Network for Good fundraising platform. Other efforts included this year's online Bal Masque XVIII "On the Radio" benefit with grand marshal Renel Brooks-Moon of the San Francisco Giants. Last year's Bal Masque Ball was held at the now-shuttered Cafe just before the lockdown.

Gary Virginia, a gay man who founded Krewe de Kinque, stated, "Members chose the Q Foundation as our annual beneficiary based on its successful operation providing direct housing assistance to the LGBTQ+, disabled, and senior communities in the Bay Area, our backyard."

Brian Basinger, a gay man who's executive director of the Q Foundation, said he was grateful for the support.

"Thank you so very much for the support this past year and please extend our gratitude to the KDK family," he stated. "All told, I think it was an incredibly successful year, especially given COVID."

To make a tax-deductible donation to the Q Foundation, click here. Learn more about the agency on its website or email info@theqfoundation.org

Glide church to celebrate the life of Janice Mirikitani Sunday
Sign up!