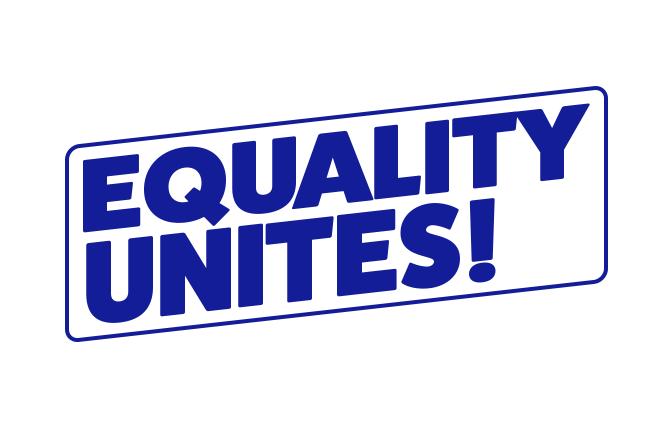 "This morning, Equality California received notice from our employees that they intend to organize a collective bargaining unit and a request that we voluntarily recognize it," Zbur and Hoang stated. "As a progressive civil rights organization, Equality California has always stood shoulder-to-shoulder with unions in support of workers' rights to organize and collectively bargain. We remain fully committed to these pro-worker values, and we intend to support our employees' organizational efforts and voluntarily recognize a bargaining unit. We look forward to continuing to provide a supportive and equitable environment for all of our employees and to working collaboratively with them going forward."

Zbur, a gay man, will be stepping down from EQCA at the end of the year to focus on his race for an open state Assembly seat in Southern California. He has been working to secure labor endorsements for his election and his website lists the endorsements of several unions. In April, EQCA's board named Hoang as Zbur's successor; he will be the agency's third out gay man of color to oversee it, and its first Asian American executive director.

According to the Equality Unites news release, it wants to specifically address employee hiring and retention — particularly among employees of color, trans, gender-nonconforming, and intersex people — salary, raise, and promotion transparency; guidelines around overtime and fair compensation; a healthy culture of feedback; and any decisions that impact their health, safety, and lives.

"The staff of Equality California, which exceeded all expectations and kept the organization afloat during the COVID-19 pandemic, wants to ensure that all employees have a voice as the organization undergoes a change in, and restructuring of, leadership, as well as a shift in goals and mission," the release stated.

Equality Unites noted that throughout the LGBTQ civil rights movement, labor unions have played an important role in advocating for queer Americans. Pride at Work, an official constituency of the AFL-CIO, signed onto an amicus brief in 2007 in support of marriage equality. Unions like the CWA, the California Teachers Association, United Food and Commercial Workers, and others, strongly opposed Proposition 8, California's same-sex marriage ban, in 2008. (Prop 8 was approved by voters but subsequently found unconstitutional by a federal judge following a trial. In 2013, the U.S. Supreme Court found that the proponents did not have standing to appeal the federal court decision and same-sex marriage was legal in the state.)

Remiski urged management to voluntarily recognize the union, which Zbur and Hoang did in their statement.

Students 12+ urged to get COVID shots
With back-to-school around the corner for many school districts in the state, the California Department of Public Health encourages families to make a plan to get students, ages 12 and up, vaccinated before the start of school.

A CDPH news release noted that the vaccination process takes about five weeks to reach immunity. Families in schools that start later this month or in September should start the process as soon as possible.

COVID-19 vaccinations for young people ages 12 and over are widely available and have proved to protect against severe illness, hospitalization, and death.

With the surge of the highly-contagious Delta variant of the virus, officials said it's more important than ever that people get vaccinated.

For the latest COVID-19 vaccine information or to schedule an appointment, click here.

Loyal will be on-site at Muttville Senior Dog Rescue in San Francisco August 6 and 9.

People who want to have their dogs participate in the study can find out more information here. Once the eligibility form is completed, a Loyal team member will reach out and if the dog is confirmed, an appointment will be set up at Muttville for a free 30- to 60-minute wellness check.

Loyal, based in San Francisco, is made up of veterinarians, scientists, and dog lovers devoted to developing medicines intended to treat the underlying causes of aging in pooches.

The public is invited to enjoy the meteor shower from the Chabot observation deck with staff astronomers available to answer questions. Limited tickets are available for the event.

According to a news release, the annual Perseid meteor shower peaks in mid-August and is one of the most popular meteor showers of the year. The moon will set early in the evening on August 11, so viewers can anticipate dark skies and potentially good viewing conditions. Under ideal conditions, observers may see up to 100 meteors per hour.

The Perseid meteor shower is caused by small particles left behind by the periodic comet Swift-Tuttle. As the comet orbits the sun, it leaves behind a trail of dust, rocky grains, and pebbles that form a particle stream also orbiting the sun. Each year, Earth passes through the particle stream in mid-August. As those particles burn up in Earth's atmosphere, the public experiences a meteor shower.

Tickets are $15 for adults, $5 for youth, and free for Chabot Space and Science members. Advance tickets are required.

The space center is planning to reopen in November. Until then, it is offering a limited number of virtual and in-person events.