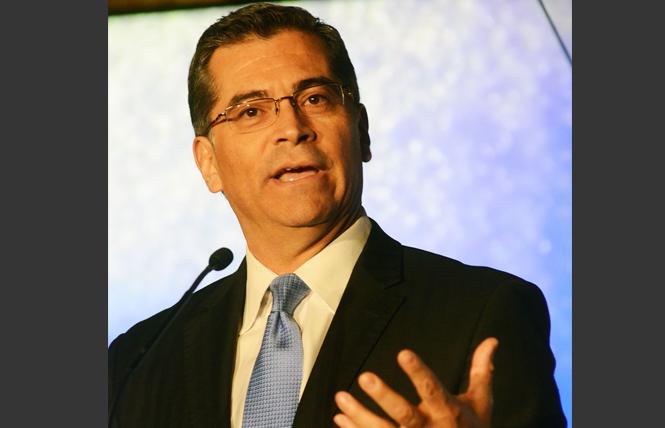 San Francisco officials allocated $2.6 million for local HIV programs over the next two years in the fiscal budget adopted by the Board of Supervisors Tuesday that advocates had been seeking. The funding includes money to address the mental health and housing needs of long-term HIV survivors.

Also on July 27 the federal Centers for Disease Control and Prevention announced $117 million in funding for states and local health departments as part of the second major round of investment in the federal Ending the HIV Epidemic in the U.S. (EHE) initiative. San Francisco will receive $3.09 million of the funds.

"That funding will certainly help to shore up the system of care for people living with, and at risk for, HIV," said AIDS Legal Referral Panel Executive Director Bill Hirsh. "I think the federal government is proposing, at least the Democrats in Congress are proposing, some significant increases in funding to services for people with HIV. I am hopeful this is reflective of prioritizing the needs of these underserved communities."

Under the EHE initiative San Francisco is receiving $2.29 million; it is also being allocated $800,000 under the CDC's Scaling Up HIV Prevention Services in STD Clinics funds. It comes as health officials raise concerns about seeing sexually transmitted diseases rise due to COVID-19 restrictions being lifted and people stop self-isolating from others.

"We are committed to making the end of HIV in the U.S. a reality," stated Health and Human Services Secretary Xavier Becerra, formerly California's attorney general. "That is why this initiative, and responding to COVID-19's impact on the HIV epidemic, is so critical to tackle for the Biden-Harris administration."

In a statement to the Bay Area Reporter, the San Francisco Department of Public Health said it was "very grateful" to receive the funds from the EHE initiative, which aims to cut new HIV infections in the United States by at least 90% by 2030. The department said it would use the funds particularly for programs aimed at people of color; transgender women; people experiencing homelessness; people who use drugs; and people who have recent histories with or are currently incarcerated.

With the EHE funding, DPH said it "will augment targeted community-based services, create new innovative services, use a harm reduction framework, and eliminate eligibility silos for prevention and care services to turn the curve on HIV/HCV/STIs."

As for the local funding included in San Francisco's two-year budget for the fiscal years covering July 1, 2021 through July 1, 2023, programs aimed at addressing the mental health needs of long-term HIV survivors will receive $200,000 in both years. Housing subsidies totaling $750,000 per year will go toward people living with HIV, which average $10,000 a year per person.

Another $350,000 each year is designated toward covering the increase in the cost of doing business faced by HIV service providers that receive city contracts funded by federal grants. It is to mirror the extra money built into the contracts funded by local dollars that agencies are awarded to cover their increased expenses, such as labor costs, that they must budget for each year.

"As costs rise there is a real net loss of services for folks, so we were able to secure a modest cost of doing business increase, a little more than 2%, for Ryan White contracts," said Hirsh, referring to the federal Health Resources and Services Administration's Ryan White HIV/AIDS Program.

Hirsh co-chairs the city's HIV/AIDS Provider Network, known as HAPN, which worked closely with city officials and gay District 8 Supervisor Rafael Mandelman to secure the HIV funding in the city budget. He was especially pleased to see the mental health funds be included.

"I think it is important to remember San Francisco has sustained its commitment to the safety net of services for people living with HIV. It is a partnership between the nonprofit community and the city for many years now," said Hirsh, noting that this year's budget negotiations were particularly challenging. "We felt very good that the city was continuing its commitment to addressing the HIV/AIDS epidemic and trying, in some modest way, to respond to the needs of the community, especially around mental health services for long-term survivors and housing subsidies because we know housing is health care for people living with HIV."

Mandelman told the B.A.R. it was particularly important to fund the mental health programs for long-term HIV survivors who have had to self-isolate at home due to the COVID pandemic and continue to restrict their social interactions due to the more contagious Delta variant now sweeping across California and the Bay Area. The housing funds will also help to avert a crisis among people living with HIV as local and state eviction moratoriums come to an end later this year.

"This has been a really rough year for everyone, but I think particularly for long-term HIV survivors. I think additional investment in mental health and housing subsidies are really important right now," said Mandelman. "We don't know exactly what is going to happen when the eviction moratorium comes to an end. The fear is increased homelessness and more people at risk of homelessness. We need to do everything we can to support long-term survivors and their health."

Contract change postponed
Another victory in this year's budget talks for HIV service providers was a commitment from the city's DPH to postpone a change in how it allocates up to $3 million in contracts for HIV prevention services until next summer. The agency wants to shift the funds toward programs focused on marginalized communities disproportionately impacted by HIV that take a more holistic approach and also address STDs and hepatitis.

The change was to have been implemented in early 2020 but was postponed due to the COVID pandemic. While HIV advocates agree in the new direction the department wants to take, they are also concerned it could result in the loss of existing services that providers have offered for nearly a decade depending on how the contracts are awarded.

"We could lose a ton if we are not funded, so much of it is unknown at this point," said HAPN co-chair Lance Toma, CEO of the San Francisco Community Health Center. "We need to know what the awards are so we can make thoughtful and clear and accurate assessments of what are the services that may be lost and where are the holes in the safety net."

The health department told the B.A.R. it is "committed to completing the RFP results and we are working to finalize the timeline for the funding announcement as rapidly as possible given ongoing demand for COVID-19 services and staffing shortages due to COVID-19 deployment."

Advocates hope the postponement in awarding the new contracts will provide them more time to convince city health officials they should be increasing the budget for HIV services rather than simply reallocating the existing funds. Mandelman has been advocating for such an approach.

"I think DPH is a very large department with a lot of funding. I think it can come up with this new approach to build capacity and focus on new ways to reach communities that continue to be disproportionately impacted by HIV," he said. "I support that. But I don't want to stop agencies doing the prevention work that has been so successful in getting us to under 200 new infections a year."

He told the B.A.R. he remains hopeful a solution can be worked out, as "this gives us an additional year to figure out how to do that."