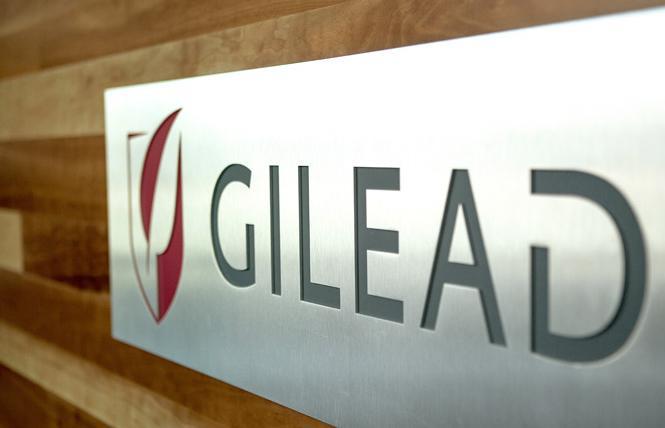 Gilead Sciences Inc. has informed clinics that it will change the reimbursement it provided for PrEP medication.

HIV advocates are concerned that upcoming changes to Gilead Sciences Inc.'s Advancing Access program mean that there will be less money available to local providers for related virus prevention.

Gilead produces PrEP, or pre-exposure prophylaxis, which refers to two antiviral medications — under the brand names of Truvada, which was approved by the federal Food and Drug Administration in 2012, and Descovy, which was approved in 2019 — that are taken by HIV-negative people to prevent HIV infection.

Through its Advancing Access program, Gilead can provide these medicines free of charge to uninsured individuals. Pharmacies provide a prescription then file claims for reimbursement from Gilead.

Last week, the Biden administration directed insurance companies to offer PrEP without copays or deductibles to those who have insurance. Insurers have two months to get into compliance. (The changes described in this article won't interrupt uninsured people's access to PrEP, but may affect clinics' abilities to provide related services.)

However, in April, Gilead announced changes to how much it will reimburse clinics as part of the program. The reason is that clinics participate in a federal program called 340B, which requires drug wholesalers to charge clinics at a discounted rate from the retail price. And so what was happening, according to Health Affairs, was that Gilead was reimbursing clinics approximately $1,900 per bottle of Truvada or Descovy, while under 340B, clinics were paying wholesalers only hundreds of dollars per bottle and pocketing the rest.

According to Anne Donnelly, the director of state health care policy for the San Francisco AIDS Foundation, many clinics used that money for PrEP-related services.

But beginning in January 2022, Gilead will only be reimbursing "for the amount paid for each bottle plus a dispensing fee and an administrative fee."

"This new model ensures dispensing free medicine to eligible PAP/MAP participants will continue to result in no cost to the pharmacy and compensates pharmacies for dispensing the free Gilead medication," Gilead stated in an April 8 news release, referring to the longform name of Advancing Access, which is the Patient Assistance Program/Medication Assistance Program. "Any change to our access program has an impact on the organizations that participate, and we are notifying our partners in advance to provide an appropriate timeframe for planning and transition."

(Gilead originally gave an October 2021 date for the change, before changing it to January 2022 in a subsequent news release.)

Gilead has not responded to a request for comment.

Donnelly told the Bay Area Reporter that it is too early to tell how this will impact clinics like the AIDS foundation's Strut health center, but that the effect will be worse in states that, unlike California, did not implement the Patient Protection and Affordable Care Act, or Obamacare, Medicaid expansion.

"We'll see a big problem, particularly in the South," Donnelly said. "In California this will definitely have an impact as well ... though we are continuing conversations with Gilead around this.

"It's all the wraparound services people will need as they engage with PrEP and engage with care," Donnelly added. "It's doctor visits, adherence support, navigation support. Those types of things could really be threatened by this."

Navigation support refers to community outreach to help get people on PrEP.

Donnelly clarified that "people who are uninsured will continue to get PrEP" but that the amount of related services will likely be cut.

The changes are "going to have a bigger effect on organizations that are primarily providers of sexual health, and the [AIDS] foundation is primarily a sexual health delivery group," she said.

But the AIDS foundation is lucky in that it "has made an effort to see that its funding is diversified," Donnelly added.

"For smaller agencies, and those who can't diversify their funding, we will see some change and it's probably a little too early to say what that'll be," Donnelly said.

For its part, last year Gilead sued medical clinics in a Florida court alleging a 340B fraud scheme.