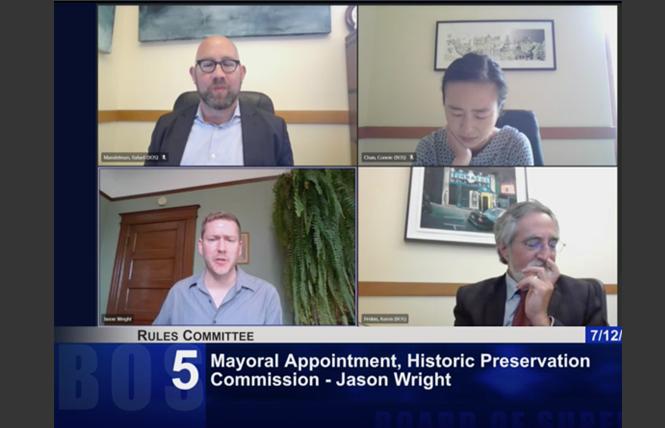 Earlier this year Breed opted to also replace Aaron Hyland, a gay man who had been president of the commission. Her initial selection of three straight people for the trio of seats up for renewal this year drew criticism from both LGBTQ preservationists and members of the supervisors' rules committee, who review mayoral appointees.