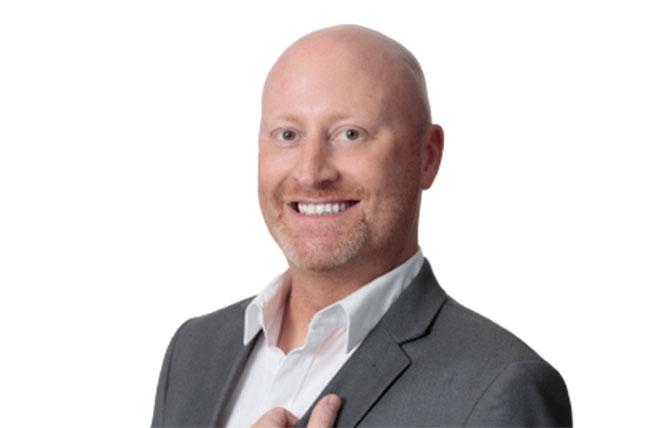 A year after launching in the United States, a new association for LGBTQ real estate professionals is expanding into Canada and looking to jump the pond with chapters in Europe. It's inviting its 1,300 members to attend its first conference this September in Las Vegas.

The LGBTQ+ Real Estate Alliance officially formed last June and opened up its membership, which costs $200 annually, in October. It is now up to 55 chapters in America, from Hawaii to Puerto Rico, and recently welcomed chapters in Ottawa and Montreal.

Established as a 501(c)(6) nonprofit, the organization can advocate on various issues and take stands on political policy fights. It aims to push for "housing and shelter for all," whether someone is LGBTQ or straight.

"We want to be inclusive," explained John Thorpe, 52, a gay man who is the founding president of the alliance and chairman of its board of directors. "From LGBTQ+ homeless youth to aging LGBTQ community members, there are housing issues in every age group and demographic. We really want to bring attention to those and focus."

A key aim of the alliance, said Thorpe, is to assist LGBTQ people looking to become homeowners. It recently hosted a national virtual seminar to explain the process for first-time homebuyers in the LGBTQ community and created a guide for people to follow. The alliance is also encouraging its individual chapters to conduct such sessions for their local communities.

"LGBTQ people don't necessarily have someone in their corner to help them through the home-buying experience," said Josh Pringle, 42, a gay Palm Springs resident who is the vice president of Better Homes and Gardens Real Estate Desert Lifestyle Properties and took part in the alliance's online seminar. "If you are gay and your family doesn't speak to you or your family disowned you then you're on your own in making that significant decision. There is no one to reach out to about buying a home."

Ironically, Pringle has no plans to become a homeowner himself and is happy being a renter in the city that has long drawn LGBTQ tourists, retirees, and increasingly younger LGBTQ community members and those able to work remotely. The average price of a single-family home in the Palm Springs region is now $900,000 with condos selling in the mid-$500,000s.

Housing inventory for sale has been extremely low, noted Pringle, whose company employs 106 people across three offices and also has divisions focused on escrow, commercial properties, and vacation rentals. He joined the alliance last month and likes how it encourages its members to work closely with homebuyers, whether it is answering their questions about the process or holding people's hands when they get scared about making an offer.

"We take you down the yellow brick road of buying a home," said Pringle, who formerly lived in San Francisco and worked in the fashion industry before relocating a decade ago to the Coachella Valley and entering the real estate profession.

Bisexual buyers and sellers were more likely than other groups to be younger, be first-time home buyers or sellers and report lower incomes. The report found that the median sale price for homes purchased by LGBTQ buyers was $245,000, compared to $268,000 for non-LGBTQ buyers, and were heavily tilted toward being in urban areas rather than in small towns or rural areas.

Forty-two percent of LGBTQ buyers were first-time homebuyers, compared to just 32% for non-LGBTQ buyers. The report used aggregated data from the responses of people who specified sexual orientation on the 2015 through 2020 NAR Profile of Home Buyers and Sellers survey, totaling 41,950 responses. Just over 4% of all respondents in the survey — 1,574 total individuals — identified as LGBTQ.

"Real estate is one of the biggest investments most Americans are going to make," said Thorpe. "It is significant to the creation of their wealth."

The national homeownership rate is around 66% but is at 49% among LGBTQ Americans, noted Thorpe.

"It makes zero sense because the American LGBTQ economy is bigger than that of the countries of Australia, South Korea, and Canada together, so there is an anomaly there," said Thorpe. "Some of that is because a lot of LGBTQ Americans live in metropolitan areas where affordability is one issue. The other is education about the home-buying process."

A licensed broker in Florida, where he lives part-time in Wilton Manors with his husband, Thorpe had been a regional vice president with Better Homes and Gardens for 17 years. He recently became vice president for international business development at Von Poll Immobilien/Real Estate and is based out of Frankfurt, Germany, though he spends time in Torremolinos, Spain, where the couple also owns a home.

"It is the South Florida of Europe," said Thorpe, as it attracts a lot of LGBTQ retirees.

He has been able to continue working with the alliance due to virtual teleconferencing platforms such as Zoom, which was how the Bay Area Reporter reached him Tuesday. At some point the organization would like to form overseas chapters, he said, as it has received requests from interested persons in the United Kingdom, Spain, France, and Germany.

But before it can do that it needs to build out its referral platform, part of the benefits for alliance members. It is based on ZIP codes and the alliance only recently finished updating its referral system to include Canada, explained Thorpe.

"It has to have searchability," he said, adding of Europe, "the interest is there."

A number of the alliance's founders had been part of the National Association of Gay and Lesbian Real Estate Professionals, which formed in 2007 and has more than 2,800 members, according to its website. It also offers a referral service for prospective homebuyers, whether LGBTQ or straight, and advocates for fairer LGBTQ housing laws at the local, state, and federal levels.

Thorpe told the B.A.R. they decided to form the alliance to have a more transparent association and attract real estate professionals who had not joined a diversity-focused group in the past. Roughly 75% of alliance members, he said, have never been involved with an LGBTQ real estate organization before, while 10% are straight allies.

"It is resonating with so many people," said Thorpe. "As Hillary Clinton said, 'It takes a village.' We have grown tremendously and done extremely well."

The alliance is hosting its first convention at Resorts World, the newest hotel to open in Las Vegas, September 22-24. The NAR recently came on board as one of its top level sponsors.

"These are firsts. They have never happened before," said Thorpe. "Our whole thinking is to help all communities if we work together."

To learn more about the alliance, visit its website.