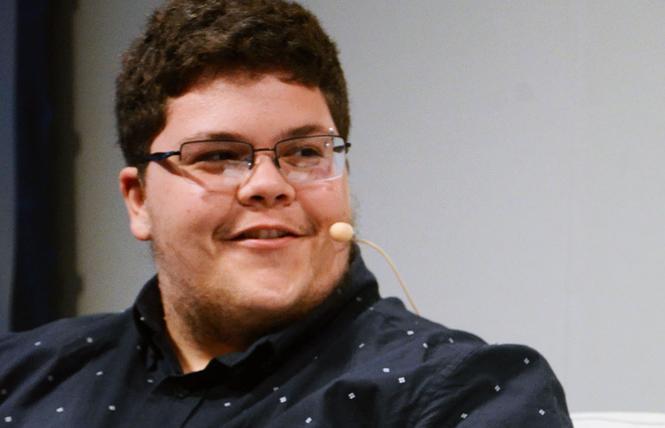 In a limited but important victory for transgender access, the U.S. Supreme Court announced June 28 that it would not review a lower court decision that favored a transgender student's restroom access at a public high school.

The court declined a request by a Virginia public school district to review a decision of the 4th U.S. Circuit Court of Appeals, which covers five states — Virginia, North Carolina, South Carolina, West Virginia, and Maryland. By refusing to hear the appeal, the high court leaves the favorable decision intact for those states.

The case, Gloucester v. Grimm, has been on the U.S. Supreme Court docket before. In 2017, the high court vacated a previous 4th Circuit ruling in favor of then-high school student Gavin Grimm, who was represented by the American Civil Liberties Union. Grimm, who has since graduated high school, had filed suit after he began transitioning and sought use of the boys' restroom because he said girls reacted negatively to his presence in the girls' restrooms because they perceive him to be a boy.

"After the Supreme Court's recent decision in Bostock v. Clayton County, we have little difficulty holding that a bathroom policy precluding Grimm from using the boys' restrooms discriminated against him 'on the basis of sex'," said the 4th Circuit.

The Gloucester school district in Virginia appealed again to the U.S. Supreme Court, arguing that, under Title IX of the federal Education Amendments Act, schools are allowed to provide separate bathrooms for the sexes. By refusing to hear the appeal, the Supreme Court does not take a position on the issue, but the impact is meaningful.

"This is an incredible victory for Gavin and for transgender students around the country," said Josh Block, senior staff attorney for the ACLU's national LGBTQ & HIV Project.

Asked about the court's decision at a news conference in San Francisco where he was announcing most taxpayer-funded state travel would be banned to an additional five states, four of which restricted the rights of transgender youth this year, California Attorney General Rob Bonta said, "We see this as a win."

"There should be no doubt that federal law requires schools to protect all students. Courts all over the country, as well as the federal government, have made crystal clear that LGBTQI+ students are protected by federal law and have a right to an equal education, to be protected against harassment and discrimination, and to a school environment where they can be their authentic selves," said Castillo.

Specifically, the 4th Circuit ruled — and the Supreme Court allowed to stand — that Title IX of the Education Amendments Act and the equal protection clause of the constitution "can protect transgender students from school bathroom policies that prohibit them from affirming their gender."

Justices Clarence Thomas and Samuel Alito indicated they dissented from the court's refusal to take the appeal.

The Supreme Court did not indicate June 28 whether it will hear two other LGBTQ-related appeals. One, Arlene's Flowers v. Washington, is making its second appearance on the high court's potential case list. It, like Masterpiece Cakeshop v. Colorado, asks whether a business serving the public can deny service to a same-sex couple because of the business owner's religious hostility to same-sex marriage.

The other, Dignity Health v. Minton, asks whether a Roman Catholic-run hospital can deny a hysterectomy to a female-to-male transgender patient as part of treatment for gender dysphoria. The California-based hospital chain in question says its Catholic-run hospitals would be violating Catholic "religious directives" to provide such treatment.

US Supreme Court declines review of florist who discriminated against gay couple
Sign up!