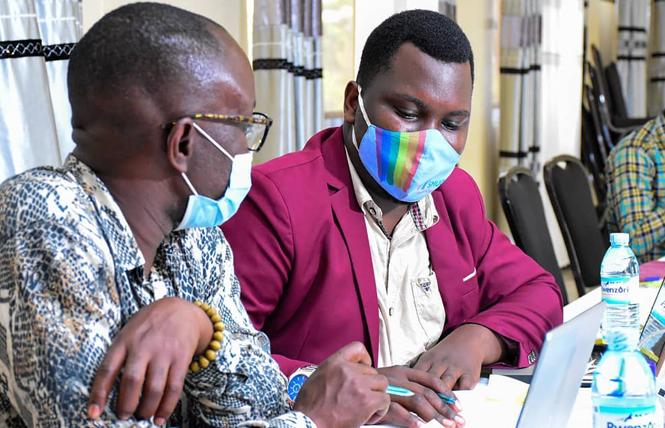 LGBTQ Ugandan activists are mobilizing against the Sexual Offenses Bill 2019 before Ugandan President Yoweri Museveni signs it into law.

Members of Uganda's Parliament caught LGBTQ Ugandan activists off guard with the late-night passage and tweet announcing the lawmakers' vote May 3. Lawmakers incorporated elements of the former Anti-Homosexuality Act into the Sexual Offenses Bill, criminalizing homosexuality as well as sex work. It also removed some consent language during sexual acts, which angered feminists.

"It was a surprise it was passed," said Ssenfuka "Biggie" Joanita Warry, the executive director of Freedom and Roam Uganda. "We only got to know after its passing."

She said most people were scared of the bill because of Clause 11, which stresses "what was not emphasized in the penal code."

The sentence under the new law was reduced from life imprisonment in the former Anti-Homosexuality Act to 10 years in jail.

In 2018, former British Prime Minister Theresa May apologized for the United Kingdom's colonial past and criminalizing homosexuality.

Members of parliament presented Museveni with the bill. As of May 10, he had not signed it into law. If Museveni signs the bill, it will be one of the first acts of his new term as president.

Warry said the private member bill will go into effect with or without Museveni's signature unless he returns the bill to Parliament to amend. People were scared when news of the bill's passing spread. Some were frightened enough to flee to Kakuma, Kenya's notorious refugee camp, Warry, a 38-year-old lesbian, said.

Prior to the country's lockdown due to COVID, when the numbers dropped significantly, he noticed an increase in the number of LGBTQ Ugandan refugees due to the elections, he told the B.A.R. He predicted the number will rise dramatically with the passage of the bill.

He was hopeful about President Joe Biden's recent announcement to resettle 62,500 refugees in 2021 and another 125,000 in 2022. Paris called for more support and services for LGBTQ refugees in Kenya as they wait to be resettled, especially in light of the situation in Uganda.

For seven years, Ugandan officials held out the threat of reviving the so-called Kill the Gays bill, officially known as the Anti-Homosexuality Act, and passed laws restricting HIV/AIDS services. Police have raided bars and organizations and shut down Uganda Pride.

The result has been a deepening antagonistic environment in an already hostile atmosphere for LGBTQ Ugandans, rather than lawmakers advancing the East African country's society toward acceptance and improving services to prevent and treat HIV.

The United Nations Office of the High Commissioner for Human Rights condemned the bill, echoing LGBTQ activists' calls for it to be amended. The U.N. high commissioner's spokesman, Rupert Colville, agreed with Byanyima regarding the threat to HIV prevention. He said the bill violates human rights standards and undermines public health.

"The fact remains that such relations are still criminalized. This, in a country where stigma, discrimination, and violence against people based on their sexual orientation and gender identity is widespread and often committed with impunity, given that victims are frequently too afraid to report any attack against them," he said.

The U.S. State Department condemned discrimination against vulnerable populations, including LGBTQ people, in a May 10 statement responding to the B.A.R.'s request for comment. The department's press office spokeswoman, Nicole Thompson, wrote the U.S. vows to continue to work with Uganda's government on several issues, "including those related to human rights to improve the lives of all Ugandans."

Under attack
LGBTQ leaders have told the B.A.R. that attacks have increased during the past two years. Warry said LGBTQ activists working alongside sex workers and feminist activists were doing so through "underground advocacy and diplomacy," for the removal of the clauses impacting the two communities and urging Museveni not to sign it into law, she told the B.A.R.

Frank Mugisha, executive director of Sexual Minorities Uganda, told Deutsche Welle that his organization will challenge the law in court. He explained if the bill is signed into law, the community will face increased harassment.

"It will increase incidents of arbitrary arrest, blackmail and extortion," Mugisha said. "Hate crimes and violence towards LGBT+ community will increase because of this law."

The bill
On the surface, the bill appears to champion victims of sexual assault, and it positively addresses some issues of sexual assault and elevates victims' rights. At the same time, advocates said the sweeping legislation falls short for feminists, LGBTQ people, and sex workers.

MP David Bahati introduced the Anti-Homosexuality Act to Uganda's Parliament in 2009. The bill earned its dubious title, Kill the Gays bill, for including the death penalty for gay people. It was later watered down to what became known as the Jail the Gays bill. The death penalty was replaced with life imprisonment. The bill briefly became law in 2014 before Uganda's Constitution Court struck it down that same year.

American evangelical preacher Scott Lively influenced the bill. SMUG sued Lively in an unprecedented international crimes against humanity case in the U.S. In 2017 a federal judge ruled that Lively violated international law by aiding and abetting crimes against humanity in his efforts to demonize gay people in Uganda, but dismissed a lawsuit against him on jurisdictional grounds.

Bahati is still a member of parliament. He now also serves in Uganda's cabinet as state minister of finance, planning, and economic development.

Both versions of the bill caused years of global outcry and backlash against Uganda.

In 2015, Pamela Nasiyo Kamugo, chairperson of Uganda's Women Parliamentary Association, introduced the overarching Sexual Offenses Bill. A coalition of feminist, LGBTQ, and sex worker activists lobbied and were consulted at one point on the bill, Warry told the B.A.R. The activists scheduled a meeting with members of parliament.

"When we attended the meeting and they realized that we are LGBT persons as well as sex workers they walked out on us," Warry said. "They never gave us an opportunity to listen to us."

This time, Ugandan lawmakers did not make a show of criminalizing homosexuality. "They did not want to be criticized, so they mixed it into clauses," said Warry. "They could not bring up bills specifically on homosexuality, so, through the Sexual Offences Bill, they sneaked in clauses on sex work and also same-sex relationships."

Kampala-based attorney Sarah Kasande called Ugandan lawmakers "dunderheads" and accused them of sanctioning rape. Kasande tweeted the law "is a discriminatory and regressive piece of legislation. It smuggles back provisions of the nullified Anti-Homosexuality Act and entrenches the criminalization of sex work."

"The irony of deleting a critical provision on consent from sexual offences legislation," she wrote. "By omitting this provision our good MPs sanctioned rape."

Trisha Mugerwa, a feminist activist who worked on drafting the bill, told the Guardian that it's "still dangerous" and "a direct attack for people who are practicing same-sex relationships and sexual minority groups."

Fighting back
Passage of the bill is not the end of the conversation, feminist, human rights, and LGBTQ activists said.

Warry and Craig are hopeful that the U.S. will place diplomatic pressure on Uganda. They are banking on Biden's putting LGBTQ rights back at the forefront of his administration's foreign policy and Uganda's increasing dependence on U.S. foreign aid to take action.

The activists also want LGBTQ Americans to put pressure on the U.S. and Ugandan leaders. 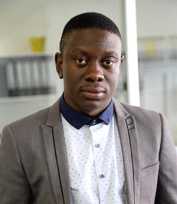 Gay witness in Lively case to speak in SF