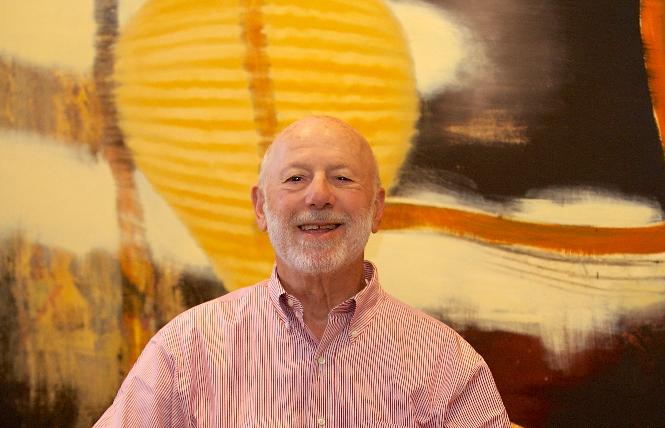 Alvin H. Baum Jr., a gay man whose philanthropic efforts benefited the LGBTQ and Jewish communities for decades, died March 28. He was 90.

Mr. Baum, widely known as Al, passed away at his San Francisco home, according to an article in J, the Jewish News of Northern California, which first posted the news.

Horizons Foundation, which provides grants to LGBTQ nonprofits, was one of the beneficiaries of Mr. Baum's charitable donations. President Roger Doughty remembered Mr. Baum in an email the nonprofit sent to supporters April 2.

"Al was not only remarkably generous, but also committed and strategic as a donor and as a community leader. He loved San Francisco. He loved the LGBTQ community," Doughty wrote. "Together with his beloved husband Robert [Holgate] for these past 17 years, Al gave again and again and again — and he gave with his heart. He knew that it took not just generosity but consistency to create great organizations, the kind of organizations that would serve and advocate for every member of our community — today and for generations to come."

Doughty stated that Mr. Baum — and later with Holgate — supported Horizons for 37 years.

"In addition to his willingness to fearlessly gore anyone's ox (or sacred cow), and his good cheer and twinkle in his smile, Al's joining of, and years of service on, the Lambda Legal national board in the 1990s opened up doors to Bay Area donors of an entirely different and higher level for Lambda," Spiegel wrote in an email to the Bay Area Reporter, referring to the Lambda Legal Defense and Education Fund, of which he is a former national board chair.

"So like he did in so many other organizations, Al's active participation increased resources for serving LGBTQ+ communities 100-fold because of his work, and his imprimatur," Spiegel added. "There's a hole not just in my heart, but in the heart of the Bay Area philanthropic community where Al's memory sits, and for the twinkle in his often mischievous eyes."

"Al was likely the most beloved and admired person in San Francisco," Leno said in a phone interview. "I don't know that I've ever heard critical comments about Al.

Leno said that he officiated at Mr. Baum and Holgate's wedding in 2014, which was held at the Presidio.

"Al Baum was a giant in the LGBTQ, Jewish community. Kind, generous, inspiring," Copeland wrote in an email. "He helped sustain the organizations central to our communities and fought for visibility and equality on multiple fronts. Countless members of our Sha'ar Zahav community have reached out to me with personal stories of how he inspired them and were supported by him."

In 2013, Mr. Baum was the recipient of the San Francisco LGBT Pride Celebration Committee's Lifetime Achievement grand marshal. In a B.A.R. article at the time about the honor, he was humble.

"I just did what seemed to me what I could do or should do," said Mr. Baum about his storied career as an activist and philanthropist working on LGBTQ rights, Jewish causes, local politics, and much more.

Early life
Born and raised in Highland Park, a suburb of Chicago, Mr. Baum discovered his Jewishness serving in the military in Germany in the 1950s. A secular Jew, he attended Shabbat services for the first time in his life to escape boredom. He found a profound connection that manifested throughout his life, mostly with the coming together of LGBTQ Jews with the Gay and Lesbian Task Force of the Jewish Community Federation of San Francisco in 1996. (The group later became the LGBT Jewish Alliance at the JCF in 2001.)

"It felt like an achievement," Mr. Baum told the B.A.R. in 2013 about merging his gay and Jewish identity. He became a member of Congregation Sha'ar Zahav.

Mr. Baum wasn't concerned about changes in the organization that he founded and that was pivotal in his life, he said.

"I think some people expected me to be very troubled by the changes, but I wasn't," said Mr. Baum. "The real question is if the federation continues to care about the LGBTs and it's obvious to any unbiased person, yes, they do still care."

After his time in the military, Mr. Baum moved to San Francisco. He began his public service career in 1962 working as a city planner. He went to law school, became an attorney, and then later returned to school to earn a master's degree in social work. He's had careers as an attorney, psychotherapist, and real estate investor.

Came out later in life
For many years, Mr. Baum kept the pieces of his life separate, the 2013 B.A.R. article noted. Just as he evolved into his Jewish identity, he took his time realizing his gay identity, coming out in his 40s.

By that time the Compton's Cafeteria and Stonewall riots happened and the gay liberation movement was exploding into U.S. consciousness.

Mr. Baum came out to himself in 1971, but it took another four years before he began engaging fully as an out gay man.

"I didn't really come out publicly until I was 45 years old and that happened gradually and largely because the world changed," said Mr. Baum, who was inspired by his friend, the late Jim Foster, who was the first openly gay man to address a Democratic National Convention, and the energy of the gay liberation movement.

It happened during an interview for an article about the Lavender University, a former continuing education institute, in the San Francisco Chronicle. An interviewee didn't show up and Mr. Baum took his place and was quoted in the article.

"After that it just seemed natural to participate in the gay community and I did," said Mr. Baum.

He found himself recruited as an out gay man for the boards of the Jewish Family and Children Services of San Francisco, JCF, and the Fine Arts Museums of San Francisco. He also served on the boards of the American Civil Liberties Union of Northern California, the former New Leaf: Services for Our Community, and was the founding member of the New Israel Fund, among other organizations.

Updated, 4/2/21: This article has been updated with additional comments.