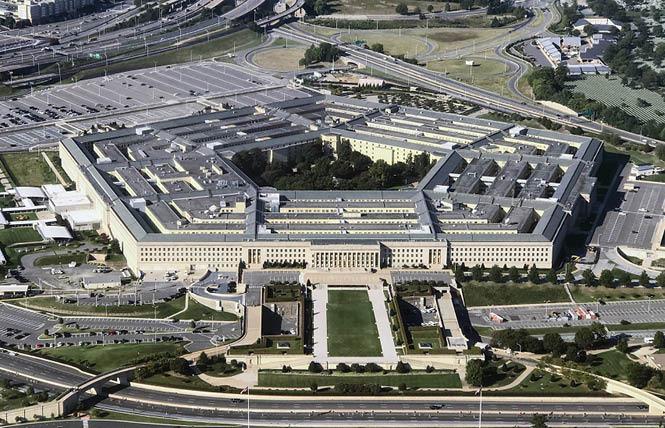 Pentagon officials confirmed March 31 that the U.S. Department of Defense will be implementing President Joe Biden's executive order ending an effective ban on openly transgender service members that had been put in place by the Trump administration.

The news came on International Transgender Day of Visibility. As the Bay Area Reporter previously reported, Biden had signed an executive order January 25 ending the ban shortly before the swearing in of Defense Secretary Lloyd Austin.

"It shall be the policy of the United States to ensure that all transgender individuals who wish to serve in the United States military and can meet the appropriate standards shall be able to do so openly and free from discrimination," the executive order stated. "The Secretary of Defense shall immediately prohibit involuntary separations, discharges, and denials of reenlistment or continuation of service on the basis of gender identity or under circumstances relating to their gender identity."

While this went into effect immediately, DOD officials confirmed to the Associated Press that they were soon going to announce new policies to replace those that had been reversed. These regulations will reportedly allow trans people to get transition-related health care. Pentagon officials are giving departments and service components a short implementation period of 30 days to update their policies.

V.A. makes changes for trans veterans
The news at the Pentagon comes less than a week after Denis McDonough, the secretary of the department of veterans affairs, announced that his department will be making changes to better protect the rights of trans veterans as part of its own compliance with Biden's January 25 executive order.

"I will be issuing a memo to all administrations and staff offices to conduct a policy review to determine whether any regulations, directives, policies and procedures require revision to promote equity for and inclusion of [LGBTQ] veterans, families, caregivers, survivors or employees [and] design and implement a remediation plan if the review identifies discriminatory policies towards LGBT beneficiaries and employees," McDonough stated March 26.

"People look for just any excuse they can find to deny people their rights," Meyer said. "You're going to see a whole lot of push back from people who earn a living serving veterans, who are going to try to deny trans people. I hate to be cynical but I get all the complaints."