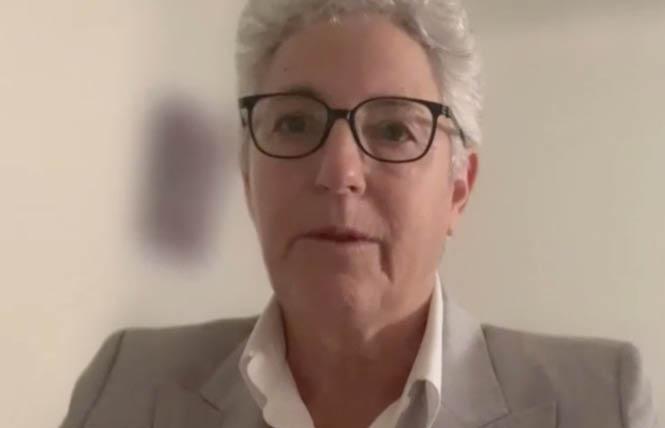 The San Francisco Board of Supervisors on Tuesday unanimously approved an out woman to head up the Department of Human Resources.

Carol Isen, a member of the LGBTQ community, was approved on a vote of 11-0.

Gay District 8 Supervisor Rafael Mandelman, who also voted for Isen's nomination at a rules committee meeting Monday, March 23, stated that he was pleased to see her confirmed.

"It sends a strong message to the city's LGBTQ workers, and all of our 38,000 city employees, to have an out woman leading our Department of Human Resources for the first time," he stated to the Bay Area Reporter.

"The department has some serious issues that need to be addressed, but Director Isen's decades of experience with the City and County of San Francisco and with organized labor give me confidence that she is up to the task," he added.

Mayor London Breed had nominated Isen to the post March 9. She put out a statement after the board's vote.

"As we look ahead to San Francisco's recovery and the challenges that are before us, I'm confident that Carol Isen is the right person to lead the Department of Human Resources," the mayor stated.

During Tuesday's board meeting, Isen was asked about workforce equity.

"I do intend to set the tone from the top," she said.

Supervisor Hillary Ronen talked about the time it takes to hire a city employee, which she said she previously discussed with Isen.

"I beg you to come in with a fresh set of eyes and make some major change," Ronen said.

Supervisor Ahsha Safaí brought up the city's practice of contracting out work instead of hiring workers and said it creates frustration.

Mandelman brought up the "sheer number of vacancies" in city departments such as the Department of Public Health and the San Francisco Municipal Transportation Agency.

Isen reiterated what she said during the rules committee hearing, that DHR is under-resourced but that a new applicant tracking system, expected to come online this summer, will help departments know how the process is going for prospective employees.

There are about 175 employees at DHR, Isen said, with many of them dealing with workers' compensation issues.

The sprawling department provides HR services to the city's workforce across its 60 departments. Since last October, Isen has served as acting head of DHR.

During her remarks before the rules committee, which met virtually, and included Supervisor Aaron Peskin, chair, and Supervisor Connie Chan, Isen said that the rights of all workers must be respected. Referencing her identity as a member of the LGBTQ community, Isen said that trauma at work due to being bullied or being unfairly discriminated against is "intolerable." Referring to communities of color, Isen said she approaches the job with "a commitment to being a full partner."

The B.A.R. has reported on three separate cases of alleged discrimination and harassment at the San Francisco Fire Department. Three SFFD employees, all LGBTQ people of color, have filed lawsuits or a claim in recent months. A claim is a precursor to a lawsuit.

During public comment Monday, all the speakers except from one group supported Isen's nomination. The Black Employee Alliance said it did not think Isen provides "the impact for change for Black employees."

At Tuesday's meeting, Board of Supervisors President Shamann Walton said that he would continue with proposed legislation for changes related to equity, including hiring an independent investigator to oversee equal employment complaints. He urged Isen to work with the city's Human Rights Commission and Office of Racial Equity

"I am committed to legislation for these changes," he said.