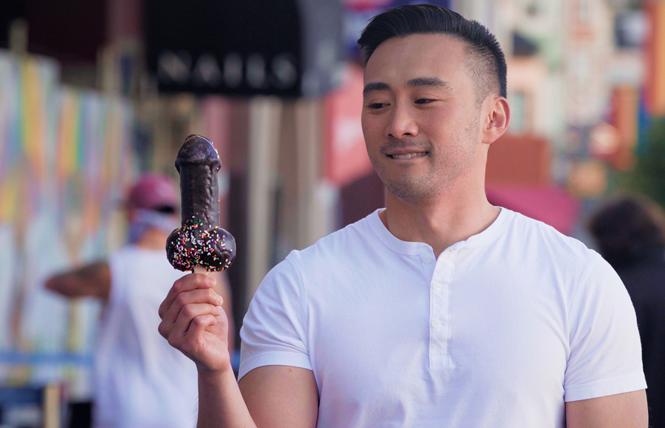 Sex wasn't a topic of conversation for Alex Liu's Asian American, Roman Catholic family when he was growing up. The lack of openness led Liu to struggle not just with his being gay but also with his sexuality in general.

The internalized stigma and homophobia he felt led Liu to contemplate suicide in his youth. And it left him with nagging questions about what he, his family, and society in general can do to be more open about discussing sex and sexuality.

Liu's curiosity about the topic has resulted in his 80-minute documentary "A Sexplanation," which he directed and co-wrote with Leonardo Neri. The intimate look at sex and how Americans mostly fail at teaching their youth about the subject matter will have its world premiere this weekend at the Cinequest Film & Creativity Festival, San Jose's annual independent film festival.

"I want to be in touch with my sexuality free from politics and religion," Liu says in the film.

And he turns the camera onto his parents and grandmother to have frank discussions with them about sex and, in the case of his mother and father, their sex life.

In a phone interview about his film, the 37-year-old Liu told the Bay Area Reporter he isn't quite ready for how the public will react to the documentary.

"I am very anxious and nervous about how it will be received," said Liu. "I showed my parents the film and got their seal of approval. That goes a long way toward how I feel about the film."

The movie unfolds like a travelogue, with Liu hopping around the Bay Area and flying across North America to interview researchers, educators, therapists, and religious and political leaders about sex and sexuality. A telling vignette for how complicated the subject matter can be comes from the difficulty a number of sex researchers have in defining just what sex is for Liu.

"What I want audiences to start thinking about is how much of their authentic sexual expression they repress," said Liu. "It doesn't matter if you are gay or straight. Except for maybe very few people, most people grew up thinking some part of their sexuality was wrong."

Because sex is often never talked about, from an early age people receive messages that somehow sex is dirty or wrong, noted Liu. But sexuality is at the core of who they are, said Liu, and not embracing their sexual self can lead to mental health problems.

"I want people to realize the thoughts, the feelings, the desires they have is not wrong," he said. "What you can do with your feelings or desires could be bad." 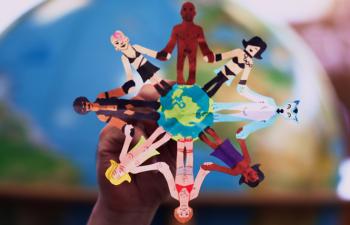 A scene from "A Sexplanation." Photo: Courtesy Herra Productions

Talking about sex
People need to make the active choice to talk about sex and sexuality, whether with their parents, friends, or a loved one, said Liu. Don't be afraid, he added, to share with a confidant what about sex makes you curious, worried, or excited.

"The more connected with our bodies and other people, the more worthwhile life will be for everyone," said Liu.

The roughly $250,000 budget to make the documentary came from crowdsourcing campaigns and assistance in connecting with donors from fiscal sponsor the International Documentary Association. The project began in 2014 with the bulk of filming done between 2017 and 2019.

Liu and co-editor Brian Emerick, who also served as the cinematographer, spent much of 2020 turning the footage into the finished film. By last September they had finished it and began submitting the documentary to film festivals.

"I don't know if we would have finished in September if we were not all stuck at home," said Liu.

The documentary will also screen at the 2021 American Documentary and Animation Film Festival, which kicks off in Palm Springs March 25. Additional festivals will soon be announced, said Liu, who is hopeful it will screen at Frameline, the international LGBTQ film festival held in San Francisco during Pride Month in June.

For the foreseeable future, Liu will be introducing his film to audiences virtually. During Cinequest, his Herra Productions has lined up three online sessions where the public can engage with some of the experts featured in the film.

As for if it is appropriate for children to watch, Liu told the B.A.R. the film is likely not for people under the age of 18 to see on their own. He does hope the film provides parents a way to spark conversations with their children about sex and sexuality.

Something he came to believe in by making the documentary is the importance for families to be able to have frank discussions about sex. There is a place for having those talks both at home and in school settings, said Liu.

"I came around to no, you do need parents to be very active participants in a child's sex education," he said. "The best thing you can do is have sex education that opens up conversations in the home around the truth about sex."

To learn more about the film and how to buy tickets to see it at the various film festivals where it will be screening, visit https://www.herraproductions.com/a-sexplanation