Guest Opinion: A case for lifting the veil on queer history 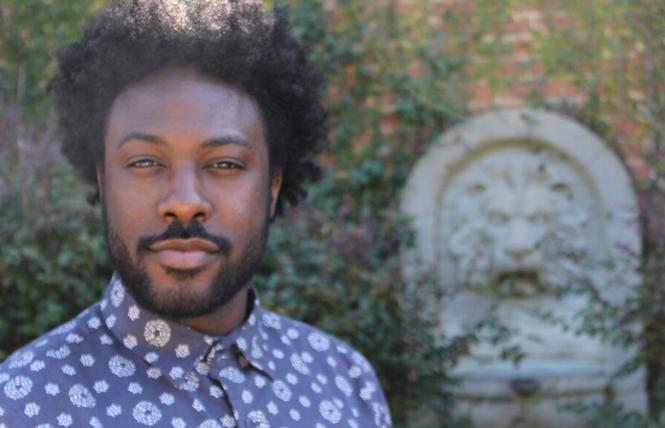 I first encountered the Invisible Histories Project through its director of research and development Maigen Sullivan. As she spoke on a panel about the role of storytelling in Southern history and identity, her knowledge, candor, and Alabama piedmont accent were charming and refreshing to the ear. Even more engaging, though, was the work that she represented: a concerted effort to preserve the history of LGBTQ life in Alabama, Georgia, and Mississippi. It was work that I inherently deemed necessary, but had never really conceived what it looked like. I knew immediately that this was something in which I wanted to be involved.

As a student of history, I believe deeply that close regard of historical facts and narratives plays an important role in the progression of humankind. History, and public history programming, can literally save us. The Invisible Histories Project presents a special opportunity to engage this endeavor, an endeavor that is important for a variety of reasons.
In a 1968 interview for the "Of Black America" CBS documentary series, civil rights movement superwoman Fannie Lou Hamer said, "They know what they've done to us, all over this country, they know what they've done to us." In that moment, Hamer was referring to white America's feigned ignorance of the plight of Black Americans throughout American history, the same feigned ignorance that feeds contemporary racial injustice struggles. Indeed, somewhere down the line someone realized that one way to strip people of their humanity is to ignore or diminish the historical record of their existence — a type of non-violent violence.

I hear Auntie Fannie Lou as I stand at the intersection of my Black and queer identities, and while, like Auntie, I know Americans are aware of their crimes against my Blackness, I'm not as confident that they know what they've done to us queer folk, especially in the South where the things that make us uncomfortable aren't usually confronted, but are instead pushed away into darkness and prayed for fervently.

I don't think they know about the gaps left in time and space when in 2004 Scotty Weaver, a gay 18-year-old, was gruesomely murdered out of hate in my neighborhood of our small hometown of Bay Minette, Alabama; or when just last year, on the opposite end of the state in Huntsville, Alabama, Nigel Shelby, a Black gay 15-year-old, took his own life to evade persistent homophobic bullying.

I don't think they know how, despite centuries of intolerance and persecution, vibrant queer communities have existed for decades in places like rural Alabama where lovers and friends flourish in relative peace. They don't know how in metropolitan areas like Birmingham the families that were forged in the ballroom scene triumphantly raised dynamic men, women, and gender-nonconforming humans when biological families just couldn't cut it. These people went on to take one of life's many paths, some succumbing to a hostile, unaccepting world, others going on to live fruitful lives and contributing to society and Alabama's evolution.

These stories are simultaneously vast and unseen. They are deeply embedded in our societal DNA, and yet, so often cloaked away in the background of social memory. As a Black man, I am accustomed to American histories being exclusionary of my people's narrative, and I am seeing first hand today the sociopolitical damage endured when this excluded narrative isn't regarded with the same enthusiasm as the heteronormative, "great (white) man" histories. Noting this damage, it stands to reason that we would do well to learn deeply from whole histories. Like the histories of Black, Indigenous, and other people of color, queer histories — our triumphs and tragedies — belong in mainstream consciousness as an integral part of the intersectionality of human life. This is why, through my nonprofit organization, Higher Ground Society (HGS), I have endeavored to aid in the mission and goals of the Invisible Histories Project.

Higher Ground Society uses the arts and humanities to express and explore our humanness with the hope that we will see each other in equity and in grace. Our collaborative efforts with Invisible Histories Project, in particular curating the exhibit highlighting queer history in Birmingham, does just that. When the exhibit opens in May 2021, Higher Ground's role will be to facilitate programming that encourages reflection and conversation on the Birmingham queer community's past, present, and future. By the exhibit's close we hope to have honored our ancestors and their legacies, amplified the voices of marginalized, yet thriving Birmingham LGBTQ+ communities, and created space for the queer community to begin reckoning with its own shortcomings in terms of internal racism, misogyny, bisexuality erasure, and transphobia. We hope to have truly made what was once willfully or otherwise invisible to most definitively visible to all.

James Baldwin, a personal guiding spirit of mine, said in 1963 that "American history is longer, larger, more various, more beautiful and more terrible than anything anyone has ever said about it." As usual, Jimmy tells it like it is and urges us to say more, to tell the whole story. I am proud to be in partnership with the Invisible Histories Project in the work that seeks to complete that story. It is as much an American civic duty as voting or protesting injustice. We are all stewards of history in our own way. I invite you to follow the journey of both the Invisible Histories Project and Higher Ground Society, and I hope that you are inspired to contribute similarly in your own communities to ensure that the legacy of LGBTQ and other marginalized communities are nurtured and preserved for generations to come.

Jerald Crook (he/him/his) is the founder and executive director of Higher Ground Society, an Alabama nonprofit organization forging community and understanding through arts and humanities engagement. He also serves as a board member for the Invisible Histories Project. For more information, visit https://www.highergroundsociety.org/