Guest Opinion: A call to queers working in IT 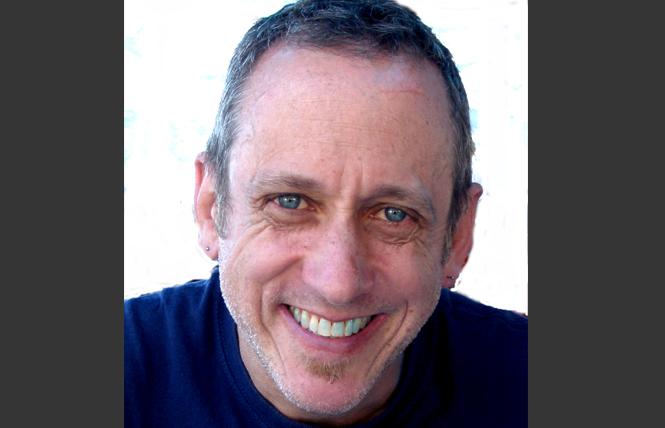 Thirty years ago while flying in a helicopter full of journalists to a news conference, I looked around me and suddenly knew beyond a shadow of a doubt I needed to leave my glossy magazine career to put all my awake time into helping save my community.

All around folks were dying of AIDS. I didn't have the required skills but I had seen too much death and government neglect. I knew if I met like-minded people we could work together to make something happen. I am now a psychotherapist.

In front of our very eyes the internet many in the Bay Area helped create, build, and grow has been turned into a nasty, hate-filled propaganda machine fueled by some very rich, very powerful folks. They are actively sowing division to radicalize Americans on the fringes against the middle by using the very algorithms our community helped create on platforms we helped build.

If we stand by and do nothing we will see our rights taken away from us with tools we created. We know how they are doing it, so what if we got together and figured out how to undo it?

Will you join me to stop the hate, death, and destruction?

As a therapist to plenty of people in Silicon Valley, I know the Bay Area is chock-full of folks who are:
- passionate about open expression;
- creative, smart as hell, and emotionally intelligent;
- innovative thinkers who love a challenge;
- super IT and social media savvy;
- able and willing to devote time for the survival of our democracy.

The sane majority of Americans needs us because we're experienced at fighting government. Unlike most Americans, laws were not written with us in mind. Let's just say we've had to do this before.

To earn our place at the political table we learned to use the strategy we inherited from the civil rights movement. We called ourselves gay Americans, came together in town halls and bars throughout the country to understand what binds us. Through organs like the Bay Area Reporter we were able to find one another, share our ideas and band together in common cause. Then we started running for office, marching in the streets, yelling all night.

The 70% or so of moderate Americans being squeezed in the middle of this right-wing boomer versus left-wing boomer warfare need our help because they have never had to learn this stuff. (By the way, that boomer war started right here during the Summer of Love, the same way the United Nations charter they want to destroy was signed here).

It's ironic but we actually have political privilege today. This administration knows it's doomed politically if it openly attacks gay and bi men and women. (I'm not forgetting its heinous attacks on trans folks, who could use our help). A sports broadcaster was suspended last week for saying "fag city" on-air; the f-word is one that many Americans heard on nighttime television from stand-up comedians for years. So let's use it.

Here's the really good news. The numbers are on our side. There are twice as many people who DON'T want to be in a state of chaos and disagreement with their fellow Americans. According to the Pew Research Foundation, 72% of Americans are pro-LGBT, 67% believe it's somewhat or very important to offer undocumented immigrants a path to citizenship, 91% think gender equity is important, 76% want fact-based government, 94% think it's very or somewhat important to have a moral, ethical president. They really want calm.

If you ever wondered how powerful is this amazing tool just look at how the Republican National Committee with its data and financial advantage over the Democratic National Committee is literally using it to undo democracy. On our platforms and before our very eyes.

The enlightenment thinkers were members of the "leisure class" who had free time to ponder, discuss, and write about the injustices they saw around them, to dissect how the monarchy caused poor people to be stuck in poverty. Clearly our present day wealthy class is not sitting on its private jets wondering how it can restructure the country so that poor people suffer less.

But in some ways we are the leisure class, because we sit at the heart of this new technological revolution. So let's be the new enlightenment. Except rather than sit around and talk about them let's find ways to help them talk to one another. Let's use the massive power we wield as internet insiders to help the American people step away from the reductionist yard signs, robocalls, hate-tweets, and nasty glares and instead come together civilly to discuss how they think USA 2.0 should look. Instead of allowing the internet to be used for sniping let's use it to help the American people have a better future. Remember what Harvey Milk said: "You gotta give 'em hope."

I'm not famous but I'm pretty sure six degrees would get many of us connected to influential folks. What about a great theme song? A unique gesture we can see people all over the country do so they feel less alone when they say, "I stand for respect and against hate." Let's make voting in November the hottest possible ticket on the planet since love parades. Imagine getting young people in every major city across the globe dancing to stop Donald Trump's fascism and encourage people in America to get out and vote. How about some big names in entertainment? Taylor Swift anyone?

We have to be well-organized and clever as hell.

We have fewer than 70 days to come up with smart, attention-grabbing ways to make sure the American people - and the rest of the planet - know that we can still be a leader for sanity.

If we still have a little free time before lunch, we can help unmask some of Steve Bannon's other "ethno-nationalist clients" - a fancy word for racist - like Jair Bolsonaro, Recep Tayyip Erdogan, and Viktor Orban.

A reality check: Major IT players pushed homophobic, misogynist white supremacists off their sites because of a boycott, not because it was destructive to their queer, POC, and immigrant San Francisco neighbors and employees. They're going to need some coaxing.

Greg Rowe-Pasos is a marriage and family therapist in San Francisco. For more information, visit www.stopthebroshow.org