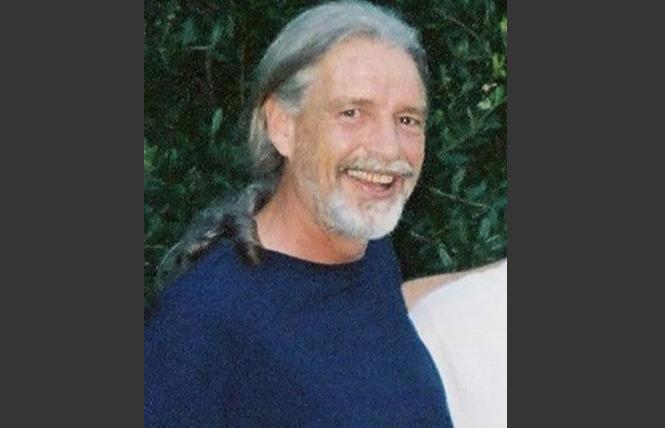 On the two-year anniversary of the gruesome killing of Brian Egg, the case remains unsolved and neighbors are expressing a growing concern over squatters they say have taken over the South of Market house where the 65-year-old gay man had lived for over 40 years.

Egg's longtime friend, Scot Free, told the Bay Area Reporter that he plans to light a candle to commemorate the discovery of Egg's partial remains two years ago this weekend. He also launched a Facebook fundraiser, "A tree for Brian," to put a memorial tree and plaque in his honor. Free said he didn't feel comfortable organizing a memorial vigil in front of Egg's house as he did last year because of the squatters who are living in the home.

"I would like to honor the occasion at his home but I'm afraid of having ANY contact with the squatters, who are most definitely junkies," Free told the B.A.R. in an email. "People like that are unpredictable and could bash my car or me. They're very shady, paranoid, and suspicious. I wouldn't be surprised if they eventually set the place on fire."

Free said the squatters told him that the new owner is allowing them to stay there.

During a recent visit to the property, this reporter did not see any squatters. Free said that there is a back door that can't be seen from the street and that people have hopped over a big fence to get in. 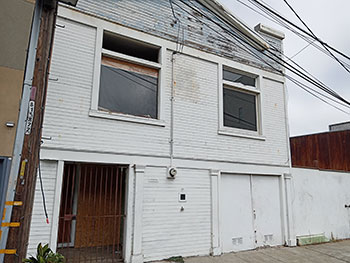 Brian Egg's former home is boarded up, but squatters are living in it, neighbors said. Photo: Ed Walsh

Home sold
City records show that the home was purchased for $1.5 million last year by Sonoma resident Shahram Bijan, who is being represented by attorney Jody Knight. When asked about concerns from neighbors, Knight told the B.A.R. by email: "I do not comment on projects I am handling. Thank you."

Artist renderings submitted to the San Francisco Planning Department show that Bijan is proposing to build a five-story, nine-unit condominium complex on the site. The project is being called "224 Clara." It includes one one-bedroom unit and eight two-bedroom units. Egg's property had a large yard and is considered as two lots by the city, 224 and 228 Clara Street.

San Francisco planning communications manager Gina Simi told the B.A.R. this week that a planning commission hearing over entitlement for the property is scheduled for September 17. She said she could not predict a construction schedule because building permits have not been submitted.

Planning department records show the building has received three formal complaints in June. One unnamed complainant wrote: "People are squatting in the house. Floor is full of needles. ... Back door was boarded up by a next-door neighbor but the boards were pulled down the next day. Evidence of a bonfire in the backyard." 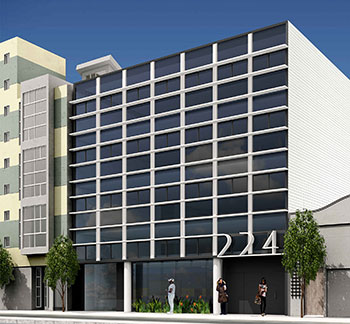 Another complaint mentioned broken windows in the home and squatters. Details of a third complaint were not specified in the record.

When asked about the squatters, a neighbor who asked not to be named told the B.A.R., "I have called the non-emergency number about this. But as usual, they do nothing."

Free told the B.A.R., "My building has been vandalized and our mailbox was destroyed since they've taken up residence. Police have seemingly given up on fighting crime in SOMA. Criminals realize this and they are having a virtual field day. San Francisco is just so bleak and depressing now."

Joe Biden's newly selected vice presidential pick, Senator Kamala Harris (D-California), once lived on the same block as Egg but it is unclear whether she ever met him. Free said that when Harris was running for the Democratic presidential nomination last year, the Secret Service was often stationed outside the condominium complex where she lived. Harris's official U.S. Senate website says that she lives with her husband, Douglas Emhoff, in Los Angeles. San Francisco city records show that the Clara Street residence is owned by a trust.

No update in Egg killing
San Francisco Police told the B.A.R. last week that that there are no updates on the Egg homicide investigation. The department also denied the B.A.R.'s Freedom of Information request for details on the number of calls the department received about Egg's disappearance and the department denied a request for body camera video of officers' response to the home. SFPD's media relations department wrote in an email that the denial was because "this remains an active and ongoing homicide investigation."

Neighbors say that their calls about Egg's disappearance and suspicious activity to the home were not taken seriously. Police had previously said that they had been to the home three times for welfare checks but never entered the home. Egg had been last seen some time in late May or early June 2018.

Police finally entered the home on August 14, 2018, when neighbors reported that a crime scene cleanup crew showed up at the house. Three days later, after an extensive search of the home, police discovered Egg's headless torso submerged in a fish tank. According to the autopsy report, the tank had been placed behind a door that had been blocked by a picture. A fan was also on the tank, blowing toward the door. Bleach, detergent, and "odor elimination" chemicals were found in the room. Empty cans of Drano were found nearby and the remains were saturated with the drain cleaner. A sawhorse covered the tank and, when lifted, "human remains surfaced to the top," the report stated.

Robert McCaffrey, 54, was arrested at the home but later released. He had met the cleanup crew at the house. Lance Silva, 41, was later arrested. Neighbors say he was living in the house during the time Egg was missing. Neither man has been charged for Egg's killing. Silva was released last year after serving time for an unrelated parole violation.

Egg's older brother, Devon Egg, 70, told the B.A.R. last week that he was not happy with the police response to his brother's disappearance.

"I'm very disappointed in the welfare checks and that the system failed," Egg said.

Brian Egg was survived by another brother and a sister, Devon Egg said. The Florida resident added that he was happy to be able to donate some of his share of his inheritance to the VA Hospital where he volunteers as well as the American Society for the Prevention of Cruelty to Animals. He noted that his brother was known for helping others in need, a trait that ultimately may have played a part in his death.