Transmissions: Within 'The Matrix' 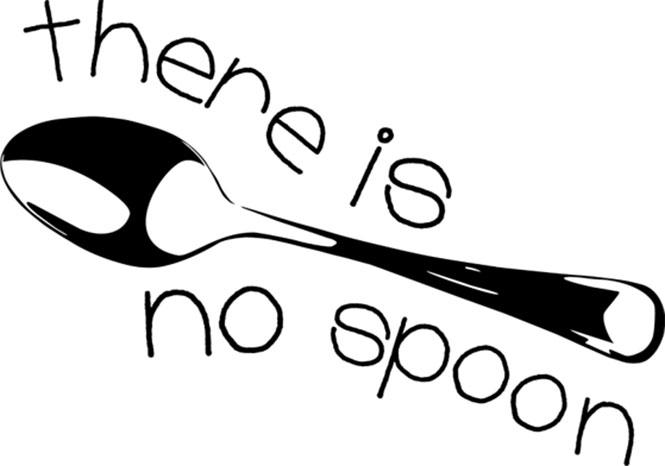 There really wasn't a lot out there that was aimed at me when I was a young, closeted trans kid growing up in the suburbs. You might sometimes see trans characters used as moral lessons and moments of growth for the non-trans main characters, such as TV's "All In The Family," or as homicidal maniacs in films like "Dressed To Kill," or trans characters as comedic relief in shows like "Soap."

As a result, you might find yourself looking at films that don't feature explicit trans storylines, and overlaying your own feelings to it all. Much like generations of our gay, lesbian, and bisexual siblings, we might feel a longing akin to Dorothy Gale of the "Wizard of Oz," or might find a kindred spirit in "Mulan," whose ties to trans lives I don't think I need to explain much further.

Not all films are as obvious as that, however, which brings us to the 1999 sci-fi classic, "The Matrix." When it came out, a lot of my trans friends went nuts. It's not that there were any obvious trans characters in the story — more on that in a bit — but we could relate to the story. It showed characters who felt out of place in the so-called real world, who existed in a fabricated reality far from their truth.

The story included a couple bad-ass characters who were able to upend the status quo and create their own realities, and that was something we could all relate to. It was revolutionary in the community spaces I hung out in, even without very obviously trans characters being present on screen.

Two decades after the film, and both directors of the film, Lana and Lilly Wachowski, have come out as transgender women. What's more, in an interview recently, Lilly Wachowski opened up about "The Matrix," confirming the many fans who have long since felt the movie could well tie into trans lives.

"I'm glad people are talking about 'The Matrix' movies with a trans narrative, and I'm grateful I can be a part of throwing them a rope along their journey," said Wachowski in an interview with Netflix about the movie. "I'm glad that it has gotten out that that was the original intention. The world wasn't quite ready for it. The corporate world wasn't ready for it."

Wachowski also spoke about one character, Switch, who was edited in the original film, initially having a dual gender presentation, noting, "'The Matrix' stuff was all about the desire for transformation, but it was all coming from a closeted point of view.

"We had the character of Switch, who would be a man in the real world and then a woman in the Matrix," Wachowski added, "and that's where our head spaces were."

Of course, none of this seems to be what people outside of the trans community saw. It was a bit shoot-em-up good versus evil story about a dystopian world, where you could take a "red pill" to escape and fight back. Honestly, they're not wrong — it's just that there is so much more going on.

That they missed the subtext to the story, let alone continue to ignore any of this in the years since the Wachowski sisters came out is, I think, an allegory of its own.

When transgender people come out, even now, we often face a backlash. Family and friends, who may have told us that their love was unconditional, learn that this is simply not the case. Many are cast out from the places they once assumed would always welcome them.

In many cases, too, we are told that we are wrong in our beliefs, and our very identities are ignored. People will continue to use the name we may have been given at birth, and pronouns that simply do not fit who we are, as a way to punish our decisions, and somehow "prove who we really" are.

Lately, too, the widely debunked concept of "rapid onset gender dysphoria" has been making the rounds, a notion that a person only "thinks" they may be trans because they see friends transitioning, or see information about transgender people. The assumption being that they never saw anything about their friend that made them think they were transgender before their friend came out.

I dealt with the same when I came out. I did a better than average job of appearing as a man, and my coming out surprised many — even knowing that I had, intentionally or not, dropped more than a few clues. My parents, for example, were blindsided, even though they had found caches of clothing and makeup hidden in my room dating back to my pre-teen days.

We learn to hide ourselves, out of what is sometimes very justified fear. We often do the best we can to try to be the men and women everyone expects us to be, and have reinforced in us since birth. Nevertheless, our trans selves may well have been there all along, telling us that something isn't right about all this — until, one day, we cannot keep it a secret no more, and need to, at last, speak our truth.

Consider this time, at long last, to be the "coming out" of "The Matrix." After all the clues, all the moments in the film that may have made it plain, people can now look beyond the more obvious story of murderous machines and heroes who can bend reality, and see a deeper meaning.

Let Kansas go "bye-bye," and see "The Matrix" as it truly is now: a trans allegory.

Gwen Smith used to take a couple red pills a day in the 1990s. You can find her at http://www.gwensmith.com