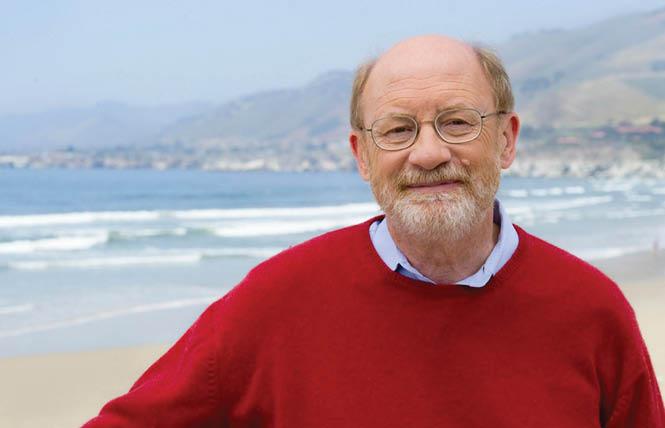 An abortion rights group and a statewide LGBTQ rights organization in late July endorsed a number of LGBTQ candidates running for either state or local office this fall across California.

NARAL Pro-Choice California announced July 30 that it was supporting gay former state Assemblyman John Laird's bid for a state Senate seat in the Santa Cruz region and South Bay Assembly candidate Alex Lee's campaign to become the first bisexual person to serve in the state Legislature. Both are expected to easily defeat their Republican opponents in November.

Laird, who had served as the state's secretary for natural resources under former governor Jerry Brown, is aiming to succeed state Senator Bill Monning (D-Carmel), who is termed out of office this year and is supporting Laird in the race. His opponent, Vicki Nohrden, was described as an "anti-choice Republican" by the state NARAL Pro-Choice chapter.

"The stakes for reproductive freedom are high in 2020, and I'm honored to join NARAL in this critical fight," stated Laird. "I'm committed to ensuring that every Californian has access to the full range of reproductive health care, and will be a fierce advocate for women and LGBTQ communities in the state Senate."

A former legislative policy adviser who worked for gay Assemblyman Evan Low (D-Campbell), Lee is set to not only make history as the Golden State's first bisexual legislator but also, at the age of 25, one of the youngest members elected to the Legislature. He is running against GOPer Bob Brunton to succeed Assemblyman Kansen Chu (D-San Jose) in 25th Assembly District that includes parts of Alameda and Santa Clara counties.

"I am a fierce supporter and advocate for a woman's right to choose what is right for her body and her future," stated Lee. "With the SCOTUS [U.S. Supreme Court] chipping away at birth control access, it's now more important than ever to protect every individual's bodily autonomy."

The two out candidates were among seven Democratic legislative candidates the group endorsed this week, including San Joaquin County Supervisor Kathy Miller who is running to succeed lesbian state Assemblywoman Susan Talamantes Eggman (D-Stockton) in the Central Valley's 13th Assembly District. Eggman is seeking to be elected to the state Senate this year and succeed termed out lesbian Senator Cathleen Galgiani (D-Stockton) in the 5th Senate District.

Miller is facing off against fellow Democrat Carlos Villapudua in November. He had sought the seat in 2018 but failed to advance out of that year's June primary election, where only the top two vote-getters regardless of party go on to the fall election.

"With so much at stake for Californians, and so many struggling to receive the healthcare and services they need, I will never stop fighting for the issues that matter," stated Miller. "I am truly honored to receive the support of NARAL Pro-Choice California and look forward to working with them and others in advancing policies that put the health and well-being of Californians first."

Another candidate endorsed by the state NARAL chapter was businesswoman Lisa Calderon, who is seeking to succeed her stepson Assemblyman Ian Calderon (D-Whittier) as he opted not to run for reelection. Her Republican opponent for his 57th Assembly District is Whittier City Councilwoman Jessica Martinez, described by NARAL as "anti-choice" and "anti-LGBTQ."

On her campaign website Martinez uses a phrase deemed to be homophobic — "alternative life-styles" — in discussing a case of an Iowa man being sentenced to 15-plus years for burning a Pride flag.

"He could have burned U.S. flag and got ... congratulations. Supreme Court in 1989 declared that burning U.S. flag is an expression of an idea, i.e. free speech. Iowa law apparently treats burning an LGBTQ flag as hate speech. Lesson: hating your country is OK but opposing alternative life-styles is not permitted," wrote Martinez.

In thanking NARAL for its support of her candidacy, Calderon stated, "Together we can win this election, end Trump's non-stop attacks on women and our rights, and bring about a new direction to politics that refreshes our liberties and begins a new chapter of progress for California, for America, and for women everywhere."

"NARAL is proud to endorse these seven candidates, all of whom can be trusted to stand strong against Republican attacks on abortion and will fight to ensure that every Californian has the freedom to make their own decisions about pregnancy and equitable access to the full range of reproductive healthcare," stated Shannon Hovis, director of NARAL Pro-Choice California.

EQCA backs local candidates
The same day as NARAL announced its endorsements, Equality California announced it had endorsed seven out candidates running in local races. Among them were gay incumbents Morgan Hill City Councilman Rene Spring, who is seeking reelection to the governing body for the city south of San Jose, and Gary Miller, who serves on the Roseville City School Board of Education in Placer County.

Palm Springs City Council incumbents Christy Holstege and Lisa Middleton also picked up EQCA's endorsement. Holstege, who is bisexual, is running for election to the newly created District 4 seat on the council, while Middleton, a transgender woman, is seeking the District 5 seat. Previously, the two women had been elected citywide.