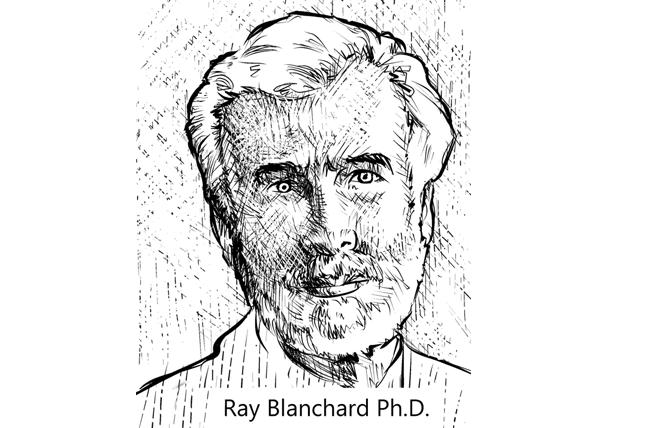 At the heart of many of society's "-isms" is a laundry list of stereotypes that seek to characterize a group in ways that both provide an easy, if inaccurate, method of describing that group, while also confirming already-inherent biases against it.

While some stereotypes may be born out of some facts about a group, they most often are limiting and harmful, relying on cultural beliefs that do not reflect the lived experiences of those who exist within a group. At worst, these stereotypes are directly harmful to a group, leading to decades of discrimination and hurt.

In the 1980s and 1990s, Blanchard refined a theory that there are two types of trans people in the world. One is the "homosexual transsexual" whose desire to transition is based largely on their attraction to men and their innate — perhaps even stereotypical — femininity. The second is an "autogynephilic transsexual," who is sexually aroused at the idea of having a female body.

I should note that while Blanchard did also coin "autoandrophilia," he is primarily focused on transgender women in his work.

A lot of Blanchard's work would likely be relatively unknown if not for the book "The Man Who Would Be Queen" by J. Michael Bailey, who discusses Blanchard's theories heavily. Blanchard has also become a darling of modern anti-trans forces, who use his theories to further anti-transgender sentiment by pathologizing transgender women, treating us as nothing more than paraphiliac men.

Further, his theory has a very heterosexual view of transgender people and their sexuality, assuming that those who are attracted to men are more feminine than those attracted to women, going so far as to place the latter into a fetishistic category and delegitimizing their gender identity in the process.

Of course, his theories have received plenty of pushback over the years from transgender people. They point out both flaws in the theories as well as concerns about his ethical standards in doing his studies at the Clarke Institute of Psychiatry in Toronto. The Clarke Institute is now part of the Centre for Addiction and Mental Health, and faced controversy over accusations of practicing what amounted to conversion therapy on young transgender people.

Now, a study published in the Journal of Sexual Medicine in March calls into question Blanchard's whole theory. The study, titled "Sexual Behavior, Desire, and Psychosexual Experience in Gynephilic and Androphilic Trans Women: A Cross-Sectional Multicenter Study," reported that, "Clinical translation data of this study indicate that sexual orientation does not appear to be a good predicator for sexual behavior, desire, and psychosexual experience in trans women."

In short, the reductionist views of Blanchard do not fit the reality that these researchers have uncovered — a fact that transgender people have been saying all along.

To those of us who are trans, we understand that our gender identity and our sexual orientation are largely separate things. One may influence or enhance another, but are not the prime mover.

When I first heard Blanchard's theories in the 1990s, they seemed absurd from the get-go. My life didn't fit either category. I identify as bisexual, predominately lesbian, but I've never had a sexual arousal toward feminizing my body. I simply do not fit the model, like so many others.

Unfortunately, few have bothered to listen to the lived experiences of transgender people, preferring the words of a non-trans person like, oh, Blanchard.

Long before he published his theory, transgender people have had to navigate stereotypes. For one, we have been assumed to be mentally disordered. I presume that those who are not trans can only relate to this by assuming that if they faced gender dysphoria, it would be because they've "gone crazy." It doesn't help when transgender people are portrayed in popular culture as being mentally unstable. Therefore, they are unwilling to listen to the "ravings of a lunatic."

I also have to note that Blanchard's theories themselves only help to reinforce this notion of transgender people as being mentally disordered.

The only other option would be, a non-trans person might assume, that we are doing something dishonest. This is where all that "sexual deviant hiding in the women's restroom" stuff comes from. It's the notion of Corporal Maxwell Q. Klinger trying to use cross-gender presentation to escape the Army on the classic television show "M*A*S*H," among plenty of other portrayals of people using cross-gender presentation as a conceit.

Once again, this means they can discount anything we happen to say, because we clearly must be willing to twist our words to get something we want.

As a result, Blanchard has been able to spend decades successfully promoting a theory that doesn't fit the lived experiences of countless transgender people, helping to create careers for not only himself, but several other sexologists and others who promote a theory that transgender people fit into two ill-fitting categories where we can continue to be called deviant.

Meanwhile, all this time and attention is going into sexologists and others who create pet theories of transgender behavior, rather than toward the bettering of transgender lives in this society.

We have spent endless decades living in these stereotypes, initially having to play guinea pig to people like Blanchard, then learning to navigate the stereotypes they created in order to get the care we need. Now it is your turn: I want to see people reach beyond the stereotypes, and their own biases.

It is the only way to find out who we truly are.

Gwen Smith believes in the power of listening. You can find her at www.gwensmith.com