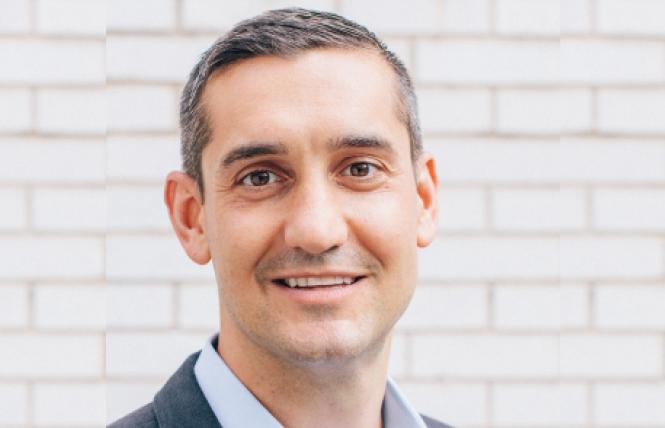 Ty Cobb is a senior director of strategic initiatives and research at the Human Rights Campaign. Photo: Courtesy HRC

After the National LGBT Cancer Network's announcement that LGBT people may be more at risk from the novel coronavirus outbreak, the Human Rights Campaign has unveiled the results of a study showing that LGBTQ people are at greater economic risk, too, from the outbreak's financial fallout.

"As this research brief makes clear, in addition to the greater risk of health complications as a result of COVID-19, LGBTQ Americans are more likely than the general population to live in poverty and lack access to adequate medical care, paid medical leave, and basic necessities during the pandemic," the HRC study states. "LGBTQ people are more likely to work in jobs in highly affected industries, often with more exposure and/or higher economic sensitivity to the COVID-19 crisis."

The top five industries that LGBTQ people work in, which comprise 40% of all LGBTQ workers, are five of those most affected by both the virus' spread itself and the shelter-in-place orders that have effectively shut down much of public life in the United States. These are, in order, food service, hospitals, K-12 education, colleges, and retail.

By comparison, only 22% of non-LGBTs work in those industries when combined.

The study also highlights the particular challenges faced by older LGBTQ people, who often don't have extended families to turn to in a crisis, and younger ones, who are far more likely to experience homelessness than their heterosexual or cisgender peers.

As with the National LGBT Cancer Network's March letter, the HRC report touches on the higher instances of smoking among LGBTs, as well as higher HIV infection rates, as particular issues that could lead to greater COVID-19 risk in the community.

Ty Cobb, a senior director of strategic initiatives and research at HRC, told the B.A.R. via email April 3 that it is harder to research the differences between the LGBTQ community and the straight population because governments often don't ask people's sexual orientation or gender identity.

"Unfortunately, state and federal officials have failed the LGBTQ community when it comes to ensuring equal treatment in government data collection efforts, which requires researchers to pull from multiple sources and be innovative with their analytical methods," Cobb wrote.

As the B.A.R. previously reported, just four states, including California, have laws requiring certain agencies collect demographic information about sexual orientation and gender identity, while the Trump administration has been rolling back such efforts at the federal level.

Cobb said that the HRC's report was based on information from a number of sources.

"Much of the brief contained original analyses of data from the General Social Survey, the Behavior Risk Factor Surveillance System, and HRC's own survey on LGBTQ people and paid leave," Cobb wrote. "HRC followed specific and detailed methodological instructions from the National Opinion Research Center and the Centers for Disease Control to analyze data, and made sure to provide ranges on estimates where there may be greater variation in data due to small sample sizes. We also used research from other incredible LGBTQ organizations, such as the Williams Institute's report on poverty."

The Williams Institute, an LGBT-focused think tank at the UCLA School of Law, came out with its own study March 31 determining that over 6.5 million LGBT adults and over a quarter-million same-sex couples will receive the full $1,200 cash payout from the Coronavirus Aid, Relief, and Economic Security Act that became law March 27.

The Williams Institute often does estimates of how LGBTs will be impacted by different government policies, whether they are broader or more specific to the community, such as discrimination bans or discriminatory legislation, according to Christy Mallory, the state policy and education initiatives director at the institute.

"We didn't do analysis by employee sector or industry. HRC did that," Mallory said in a phone interview with the B.A.R. March 31. "We might be able to do that in the future."

Mallory said that oftentimes there is a misconception — the "myth of gay affluence" — that LGBTs are more wealthy than heterosexual, cisgender people.

"That has been a persistent myth we have been looking at for quite a while," Mallory said. "A report on SNAP (originally known as food stamps) benefits shows LGBT people are more likely to have food insecurity. They are more likely to have incomes under $24,000 a year. Bisexual and transgender people fare the worst economically as a whole of the community, most of our data shows."

"Pop culture references to wealthy white gay cis men are utterly inaccurate depictions of the community at-large. This can be seen when comparing the incomes of LGBTQ people to those of the general population," Cobb wrote, going on to cite many of the same statistics as Mallory.