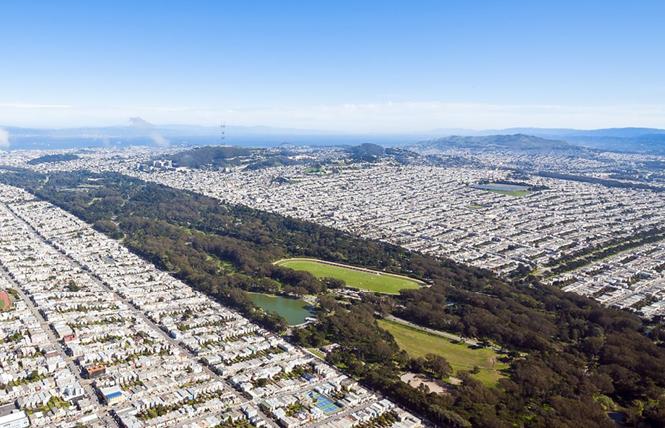 While the April 4 community celebration in San Francisco's Golden Gate Park has been postponed, a free series of virtual concerts showcasing past events in the park will begin Saturday, April 4. Photo: Courtesy CurbedSF

This weekend's 150th birthday celebration at Golden Gate Park was postponed weeks ago due to the novel coronavirus outbreak, but a series of virtual concerts that people can watch for free will begin Saturday, April 4.

The online performances will showcase past outdoor concerts held in the park.

"Golden Gate Park has served as a place of inspiration, hope, and refuge for San Franciscans for 150 years," Mayor London Breed stated in a news release. "Music has been an important part of that history and we are excited to share these special musical performances virtually so that people in San Francisco and all over the world can enjoy them at home. We hope these virtual experiences will bring some joy and entertainment during this challenging time."

One of San Francisco's hometown legends, Boz Scaggs, will be the first performer featured in the series. He has appeared in many incarnations at Hardly Strictly Bluegrass over the years, as part of The Dukes of September, with The Phantom Playboys as well as The Blue Velvet Band. This set from 2016 is a classic celebrating his love for the blues and can be viewed April 4 beginning at 9 a.m., Pacific Time.

Metallica, another San Francisco favorite, is releasing three previously recorded songs from their 2017 headlining performance at Outside Lands on April 4 at 9 a.m., Pacific Time in honor of the park's birthday.

Metallica will also be the second featured performance in the concert series, streaming live its entire 2017 show at Outside Lands as part of the band's #MetallicaMondays, which can be viewed live Monday, April 13, at 5 p.m., Pacific Time.

The concert series can be watched for free at www.goldengatepark150.com

Future artist line-ups will be announced weekly and feature exclusive performances from artists who have been part of the many concerts, festivals, and events hosted in the park over the years, such as Outside Lands and Hardly Strictly Bluegrass, among others.

The concert series is part of a larger virtual Golden Gate Park experience also launching April 4 that brings some of the iconic park's nature, art, history, and music to park lovers regardless of location. Free content from park partners and supporters will be added regularly and includes:

- Exclusive concerts from artists who have performed in Golden Gate Park over the years;

- Podcasts and playlists with audio stories about the park and favorite music selections;

- Photo albums, webcams and videos for visitors to explore and discover the park;

- The ability to share personal stories, memories and special moments from the park.

"Community connection has always been at the heart of Golden Gate Park. We felt this would be a great way to honor the park, by bringing all that it has to offer to people around the world to experience together," stated Phil Ginsburg, general manager of the San Francisco Recreation and Park Department. "Music, through the many outdoor concerts, festivals and events hosted in the park each year, has been an amazing part of what has made Golden Gate Park a destination for millions of visitors."

A new date has not yet been set for the postponed community celebration. In the meantime, the virtual concert series and website brings Golden Gate Park directly to people who still want to enjoy it, particularly during these difficult times, officials said.