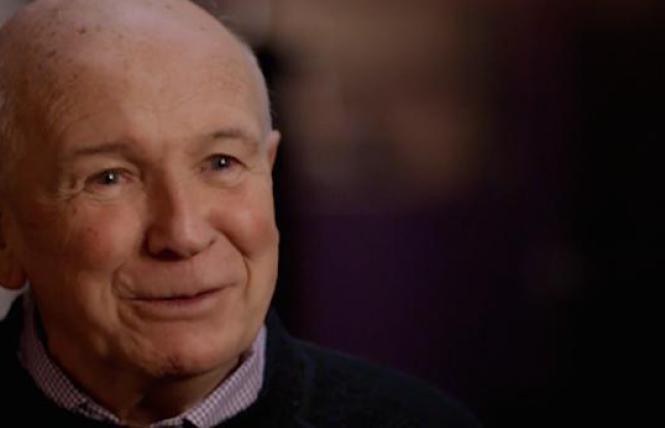 Terrence McNally, the playwright, librettist, and screenwriter who portrayed gayness to a mainstream theater audience humanizing and universalizing LGBTQ daily lives and challenges, died March 24th at 81, becoming one of the first celebrities to succumb to COVID-19.

But being first was nothing new for McNally, as he was among the initial dramatists to write about the concerns and struggles of gay men not as oddities or pathological but as full-fledged normal human beings with parallel needs, yearnings, and flaws as straight people.

He holds the distinction of creating the first positive, confident openly gay character on Broadway in his 1964 debut flop, And Things That Go Bump in the Night, depicting among the earliest same-sex romances onstage, leading to this savage review: "The American theater would be a better place this morning if Terence McNally's parents had smothered him in his cradle."

Not discouraged, he persevered and prolifically authored thirty-five plays, ten books for musicals, four librettos for opera, and seven screenplays for film and television.

Critically a decidedly mixed record, ultimately he had more successes than failures, ending on a high note with last year's richly praised touching Broadway revival of 1982's Frankie and Johnny in the Clair de Lune about two lonely, middle-aged people who journey trepidly from a one-night stand to a relationship.

From the outset, McNally was a passionate lover of the theater, designating it a great adventure because it reinvented itself every night. While a student at Columbia University he met his first partner Edward Albee, who wasn't supportive of McNally's career, though he studied Albee composing his piece de resistance, Who's Afraid of Virginia Woolf, a master class in playwriting if ever there was one.

In the perceptive 2019 documentary Every Act of Life, sketching his life, shown on PBS and just released on DVD by Passion River, actor Michael Shannon commented that McNally's work was "opera of the mundane." McNally projected his deepest fears (i.e. intimacy, death) onto his vulnerable, fierce characters, which by reenacting them became bearable both for himself and the audience.

His witty dialogue wasn't just conversation but observations based on his acute listening to queer acceptance evolving culturally, which provided narratives that intermingled comedy and tragedy. 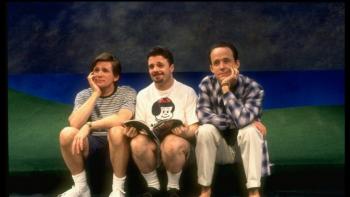 He wrote Love! Valour! Compassion! (1994) one of his two Tony-award winning tour de forces (the other being Master Class (1995) about opera soprano Maria Callas' last years) profiling eight gay friends spending holiday weekends at a lakeside summer vacation house, because he wanted to show them doing more than suffering from AIDS and dying, that since 'love is love' LGBTQ males were continuing to seek romance and thrive despite the pathos.

It was McNally's own activism, honesty, and generosity of spirit that allowed him to examine the core of the human condition in all its diverse poignancy.

McNally was a dear friend and mentor to NCTC's Artistic Director Ed Decker whose work he credited helping NCTC become the organization it is today. 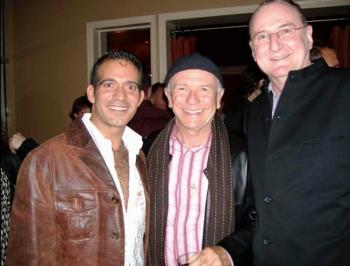 In an email interview with the Bay Area Reporter, Decker opined, "What really united us I think was our shared passion for theatre as a means to impact hearts and minds. At the time, the HIV pandemic was raging and we were fighting for our lives. NCTC became a home for so many of his plays because they spoke to love, dignity, and respect for all. We both felt so strongly that theatre is a place to gather, bear witness, and grow. Terrence was so courageous. His plays celebrated our gayness without apology, provoking conversation that would bring about understanding and ultimately change."

When asked what McNally achieved for LGBTQ people in his oeuvre, Decker replied, "Terrence was never afraid to deploy his experience as a human being, a writer, a gay man, an oral historian, a witness to the twists and turns of the lives we have all led. He knows how to get to the truth very quickly. His characters have fully realized and resonant lives. They provide mirrors to our own while at the same time they encourage us to place higher value on our interaction with one another as we move through life."

McNally never shied away from controversy, among the first to feature extensive male nudity on Broadway stages and his 1998 play Corpus Christi reimagining Jesus and his apostles as gay men living in modern-day Texas, was condemned and received death threats.

A frequent complaint was that his work could be mawkish, not cutting edge, though studies of candid gay life such as Corpus, his 1975 bathhouse farce, The Ritz, and his 1990 television film, Andre's Mother, about a woman coping with her son's death from AIDS, would seem to downplay such criticism. In 2018 he was inducted into the American Academy of Arts and Letters. His career culminated in a 2019 Tony Award for Lifetime Achievement.

His philosophy was epitomized in one line from Frankie and Johnny: "We gotta connect. We just have to or we die," rendering him a contemporary E.M. Forster. McNally's creativity provided a window through which gay men could connect with themselves, each other, and straight people. It is that legacy that assures him an honored position in the pantheon of distinguished American dramatists.