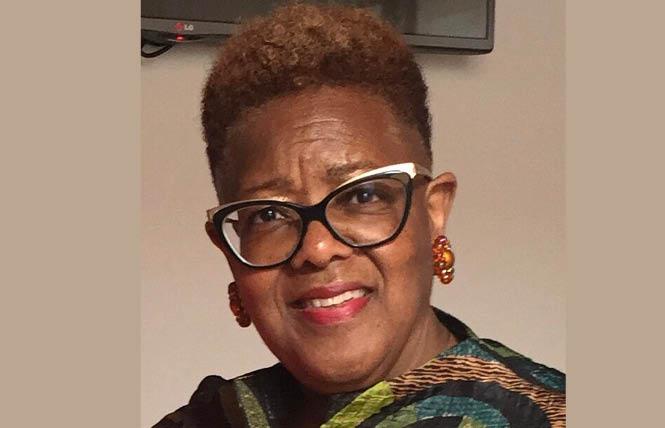 In a stunning rout in the race for seats on the Alameda County Democratic Central Committee, just one person among the top 10 executive leaders overseeing the East Bay Democratic Party won their bid for reelection on the March 3 primary ballot. Both longtime party chair Robin Torello and vice chair Andy Kelley, a gay man who had sought to become chair previously, failed to win and will be stepping down at the end of the year when their current terms expire.

It means that all of the executive committee positions but two are assured of seeing new people be elected to serve in them come January 2021 when the winners of the party post races are sworn in. Roberta Kreitz, the vice chair from the 16th Assembly District, was reelected, and the vice chairmanship from the 25th Assembly District is currently vacant, according to the Alameda Democratic Party's website.

In addition to the day-to-day management of the local party, the committee members also endorse in local races. The positions are largely overlooked by the voting public but in recent years have become more coveted by both the party's grassroots activists and local elected leaders.

Such was the case with this year's election in Alameda County, where slates of moderate and progressive Democrats sought the central committee seats, in addition to independent candidates. A mix of people from all three categories won, with a number being from the LGBT community.

Those elected to one of the 11 seats on the oversight body in the 18th Assembly District were gay San Leandro City Councilman Victor Aguilar Jr., who was part of the progressive slate, and moderates Brendalynn R. Goodall, a lesbian and former president of the East Bay Stonewall Democratic Club, the county's LGBT political club, and Victoria Fierce, a queer transgender woman who co-founded the pro-housing group East Bay for Everyone.

Goodall told the Bay Area Reporter she wasn't sure who would become the new chair of the party. She was elated to have been elected to the committee, and pointed to the encouragement and support from her family, friends, community, and donors for why she was successful.

"I have spent my entire left giving back and building community engagement and it was time to step up and bring new voices into the Alameda County Central Committee," wrote Goodall in an emailed reply. "At 69 years old, I decided to take the plunge to run for office. I worked hard to make sure that people in AD 18th knew me and understood what the central committee was charged to do. My slogan was 'Brendalynn Goodall ... good for all,' but I am especially proud to represent my African American LGBTQ community."

Among the candidates who fell short in AD 18 was former Oakland city councilman Abel Guillen, who is two-spirit. In the contest for party seats from the 20th Assembly District, of the two queer women who ran, Melissa Shuen-Mallory won while Vanessa Sadsad lost. And in AD 25, Martha H. Kreeger, who is bisexual and on the Alameda County Commission on the Status of Women, fell short.

In the AD 15 race, nearly all the out candidates lost. In addition to Kelley and Perezvelez, they included gay Berkeley Rent Board Commissioner James Chang; artist Alfred Twu, who is nonbinary; and lesbian Ces Rosales, a web design developer.

The lone LGBT person to win was queer immigrant Latina mother Barbara "Bobbi" Lopez, a policy director for lesbian Oakland At-Large City Councilwoman and current president Rebecca Kaplan. In a Facebook post about her victory, Lopez thanked a number of supporters but especially her wife, Mika Cade-Lopez, their children, and her mom and mother-in-law.

"I want our Democratic Party to be about US. Black and Brown folk. The middle class and the working poor," wrote Lopez, who had worked as a legislative aide for former San Francisco supervisor Jane Kim. "I see the party as a vehicle to strengthen our movement for justice as to advocate for tenants rights, immigrant rights, union workers, small homeowners and to push for affordable housing, Medicare for all, and prioritize climate change. In these times, we need that more than ever."

She told the B.A.R. it remains to be seen who will become the next party chair.

"That is a big question now," she noted. "For now, I plan to just focus on policy and spend 2020 (we don't start until 2021!) integrating myself into the work of the central committee. A lot of discussion will have to ensue around this as none of the party chair contenders won this election."

South Bay Dems reelected
A number of out incumbents on local Democratic Party committees in the South Bay won their reelection bids. Omar Torres, a gay man who is a regional director for the California Democratic Party, eked out reelection to his seat on the Santa Clara County Democratic Central Committee from the 27th Assembly District.

"On Election Day, I was on a virtual tie for 6th or 7th, but it's safe to say I will be in the top 6," Torres wrote in a Facebook post. "I would not be here if it wasn't for the incredible amount of support that many of you have given me over the years. I take this role seriously. You have a seat at the table because you give me a seat at the table."

All three of the LGBT leaders serving on the Santa Cruz County Democratic Central Committee were reelected. Cabrillo Community College Board of Trustees member Adam Spickler, a transgender man who was appointed to his seat in 2017, secured a four-year term, as did Tony Russomanno, a gay man and former television reporter for KPIX, the CBS affiliate in San Francisco, who found himself on a ballot for the first since being appointed to the party committee six years ago. Until this year there weren't enough candidates for the DCCC seats to require holding an election and those who filed were automatically appointed.

The other out candidate, Glenn Glazer, also won a full term after being appointed to his seat on the DCCC. He was part of a progressive slate of candidates who ensured this year there were contested elections for the party posts.