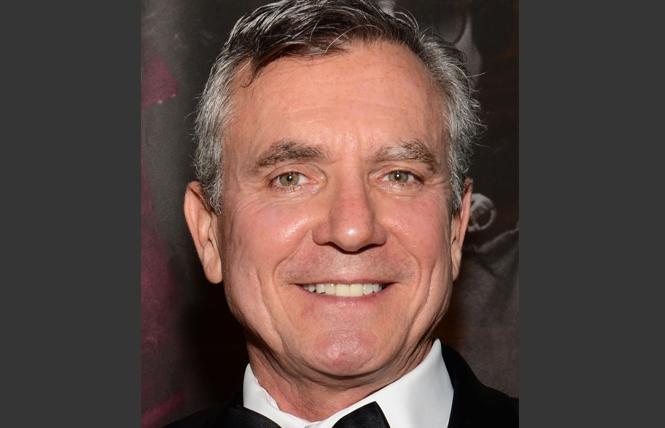 San Francisco Pride is giving a nod to history with its initial selection of community grand marshals.

This year marks the 50th anniversary of what is now called the San Francisco Pride parade and celebration.

The three community grand marshals — two individuals and one nonprofit — were chosen by SF Pride members and the general public.

They are: Terry Beswick, executive director of the GLBT Historical Society; the Reverend Dr. Jane Spahr, the founder of the Spahr Center and a retired Presbyterian minister; and the LGBT Asylum Project.

"The full slate of marshals and honorees will be announced in mid-April," SF Pride stated on its Facebook page March 17. "We look forward to celebrating Pride 50 with you all, and we hope everyone remains healthy and looks out for one another."

The Pride celebration and parade is scheduled for June 27-28. As the Bay Area Reporter previously reported, SF Pride officials will assess in mid-April whether to postpone it. Pride celebrations around the world have been postponed as a result of the novel coronavirus outbreak that has left California, New York, and whole countries under shelter-in-place orders.

"We need each other now more than ever," Spahr said, referring to the coronavirus outbreak, when the B.A.R. called her March 20.

Spahr said she was grateful she was even considered.

"Seeing the comments, it makes me cry because I've lived a long time and it's wonderful to have known such wonderful people," Spahr, 77, said.

Spahr, a lesbian, was publicly rebuked by the Presbyterian Church USA for performing same-sex marriages. She was convicted by the church's highest court in 2010 following a widely publicized church trial.

Additionally, Spahr founded the Spectrum LGBT Center in 1982 and the Marin AIDS Center in 1984, which later merged to become the Spahr Center.

"I was so stunned and it's humbling, you know," she said. "All the people nominated have done such wonderful things for our community and they have lives of service. I was grateful to be among them."

He said the coronavirus outbreak reminded him of the AIDS epidemic.

"I'm deeply honored to be elected to serve as a community grand marshal on the 50th anniversary year of San Francisco Pride. Right now, our minds are, of course, on other things as we pull together as a community and hunker down to flatten the curve of COVID-19," Beswick, 60, wrote in an email to the B.A.R. March 17 (COVID-19 is the illness caused by the novel coronavirus).

"For me, as a former AIDS activist, this is a resonant time. In my current role at the GLBT Historical Society, I work every day to ensure that the diverse stories and lessons of the past are not forgotten. Chief among those lessons for me is that if we all pull together and fight for what is right, we can defeat this unseen enemy that is threatening our lives, and also our culture and our way of life."

He added that he hopes the pandemic can be stemmed soon.

"I hope that by summer, we will have not only defeated this virus, but we will ensure that the arts and culture of San Francisco will survive and thrive through fabulous events like Pride and critical projects like the GLBT Historical Society's planned world-class museum of LGBTQ history. What kind of a city are we going to be on the other side of the curve?" wrote Beswick.

Beswick became the society's executive director in 2016. He had previously served as executive director of the Castro Country Club, and was an assistant editor at the B.A.R. He co-founded a chapter of the AIDS activist group ACT-UP in San Francisco in the 1980s.

The society runs its eponymous museum at 4127 18th Street in the Castro.

The organization community grand marshal is the LGBT Asylum Project, which provides legal representation to LGBT and HIV-positive asylum seekers.

"People all over the world look to the SF Pride parade. The city takes to the streets to celebrate with us. Being recognized as a grand marshal in this historic parade would give our organization visibility," Sengun wrote in a March 18 email to the B.A.R. "Visibility to be seen by people in need all over the world. Visibility to people who need hope. Hope that there is a better world out there, a world where an LGBTQ person won't have to fear for their lives because they are LGBTQ."

Carolyn Wysinger, the president of the board of directors of the San Francisco LGBT Pride Celebration Committee, the formal name of the organization, congratulated the honorees.

"We're thrilled to see who the community and our members selected for Pride 50's community grand marshals. This is only the first part, though," Wysinger stated March 18. "In early April — at a virtual meeting — the board will work together to round out the roster and choose additional honorees, and we'll announce the full slate by the middle of the month. 'Generations of Hope' is our theme, and we could all use a little hope now more than ever. Congratulations to Terry, the Rev. Dr. Spahr, and the LGBT Asylum Project!"