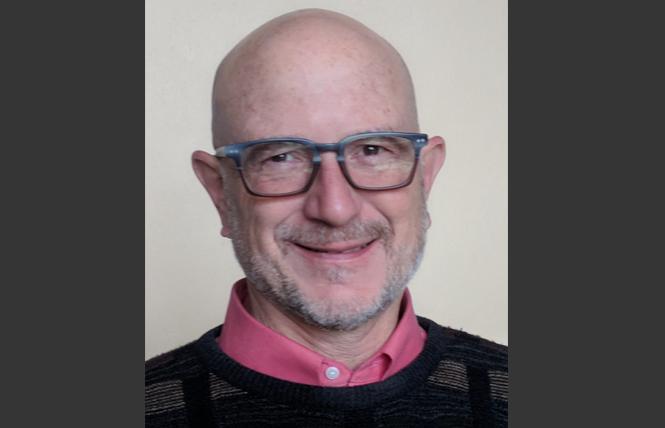 When I arrived in San Francisco, all the lights turned green, promising me freedom and gay liberation. It was January 1982, not four years after Harvey Milk and George Moscone were assassinated in City Hall, but a new time to party was at hand. Meanwhile, I had only the dimmest awareness of the freight train bearing down on us, its cyclops headlight a mere dot on the horizon. The vague snippets of conversation I had heard about a "gay cancer" seemed scarcely more worrying than a bad flu season. In that brief moment between the murders and the epidemic, we seemed to be winning the battle against hate and intolerance.

Two years before, in Philadelphia, I had struggled against an oppressive work schedule to come out and discover my identity, but my low-stress job in San Francisco left plenty of time for self-exploration. Weekend nights were for going out, and the first place I found was the I-Beam, which was near my Haight-Ashbury flat. I soon learned that Sunday tea dance was the most fashionable time to be there.

When I climbed the wide front steps to the I-Beam for the first time, I stepped onto a large dance floor teeming with men. Two large video screens, a brand-new innovation, played snips from the campiest Hollywood films, and you could not avoid Joan Crawford glaring fiercely as Mildred Pierce or grimacing with an ax, in "Strait-Jacket." Grooving to "Don't You Want Me Baby," by the Human League, I quickly resumed my Philadelphia habit of trying to find a boyfriend by asking guys to dance. Dancing was an activity, and if a guy said no, technically he was saying no only to the dance, not to me, which felt less rejecting than being ignored in a singles bar. If a guy said yes, I played a game of keeping him on the dance floor as long as possible.

I found that you could learn a lot about a man if he agreed to a dance. Most likely he enjoyed the song as much as I did, generating a tiny common thread from which to weave a conversation. If the guy snapped his fingers and threw his head back, it meant he was having a good time, which was a win. It was even better if he grasped my waist while we danced, and it felt like a score if he grabbed my butt. On the other hand, it was a bad sign if the guy danced too well. I adored the sexy movements of great dancers, but if they danced too well, it meant they were so wrapped up in the music that their lives had no purpose outside the nightclub. The worst was when I caught a guy watching himself dance by stealthily gauging the reaction in all the eyes tracking him on the floor, while he ignored me. Another unsuitable type was the exact opposite: the guy so immensely bored by the music that most likely nothing interested him. Being blasé was a pose, not a foundation on which to build a relationship.

One night at the I-Beam, I met my first new friend in San Francisco, a husky African American with a flat-top that he pulled straight up with a pick comb. Laughing easily, he effortlessly expressed the joie-de-vivre that so appealed to me, and he was just the right type of dancer, enthusiastic but without trying to win "Dancing with the Stars." After a couple of dances, Jay and I repaired to the side lounge, and once we were far enough away from the speakers to talk, he asked, "Have you ever been out to Sutro Heights?"

"Come on, I'll show you," he continued, grabbing my hand and rushing me toward the stairs.

"I do," said Jay, already halfway down the steps, and then we were in his car heading west. When we reached the end of Geary Boulevard, where it becomes Point Lobos Avenue, he turned right onto a narrow lane. "Follow me," he said. Jumping out of the car, he led me between tall bushes to a small, sandy spot overlooking Seal Rocks. The sky was black, the moon was full, and a corkscrew of white moonlight wriggled over the waves crashing on the beach far below, as Jay began to kiss me. It was the most romantic moment I had ever experienced in my life, except that I was fairly sure I wasn't going to fall in love with him. Of course that was no reason not to go to bed with him. Like the rest of my generation, I adopted Stephen Stills' anthem, "If you can't be with the one you love, honey/Love the one you're with."

That one almost perfect moment taught me something that often recurred to me. San Francisco, I reflected, was the City of the Sacred and the Profane. It was a city where you could, in the space of only 10 minutes, experience the profoundest beauty nature has to offer, and in the next moment be swept up in the most Dionysian ecstasies of partying and sex. As if to underscore this, a few weeks later Jay and I were tooling around the Richmond district when he stopped to say hi to a white friend out washing his car. Within seconds the conversation turned to gay pick-ups.

"How many men have you been to bed with?" Jay asked the guy, who was deeply tanned, with fans of tiny wrinkles at the corners of his eyes.

"Really?" I asked; this was a huge eye-opener. Despite my naiveté, it was hard to imagine my count rising to one hundred, let alone a thousand. Pondering this, I remembered those hushed murmurs about a gay cancer spreading like wildfire through New York City. I took note, although I wasn't entirely sure about what. The AIDS virus had not as yet been discovered, and when it was, years went by before the doctors demonstrated that it was transmitted sexually.

This is an excerpt from Brooks Kolb's forthcoming memoir, with the working title "It All Began with Cecile: Coming Out, Coming of Age." Used with permission.