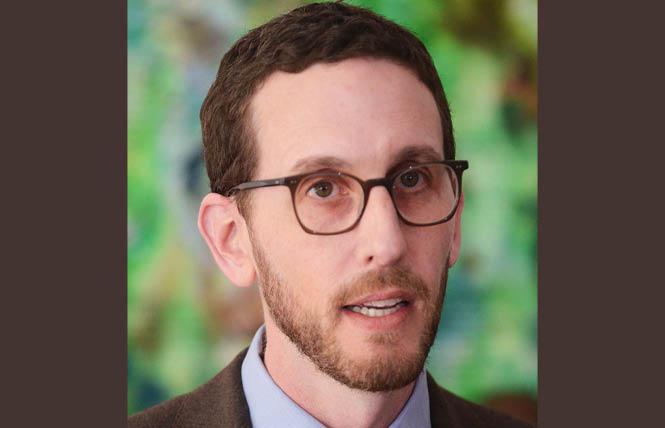 In 2014, the U.S. Food and Drug Administration approved a rapid test for syphilis, a bacterial STI, instances of which have been rising in recent years. The test produces a result in approximately 10 minutes.

"Syphilis is a major public health threat, and we have the tools to confront that threat. We just need to use those tools," Wiener, a gay man, told the B.A.R. February 5. "Expanding access to rapid syphilis testing is a key part of allowing people to know their status and get quick treatment. It makes all the sense in the world to allow HIV counselors — who already perform rapid HIV tests — to also perform rapid syphilis tests at the same time."

Wiener is confident there will someday be rapid tests for other bacterial STIs such as gonorrhea and chlamydia.

"The bill is framed such that once those tests are created, they'll automatically be subject to the bill," he said.

Syphilis is also increasing in California and nationwide. In 2018, there were 25,344 cases in California — an increase of 265% in the previous 10 years, according to statistics from the California Department of Public Health.

In 2000, syphilis cases nationally had been at their lowest rate since 1941, according to the Centers for Disease Control and Prevention. In 2018 there were 115,045 cases, compared to 101,584 cases the previous year. This was the highest number recorded since 1991.

Syphilis begins with a sore at the point-of-infection, which eventually goes away. If not treated, it could lead to organ and brain damage. It has been curable since the advent of antibiotics.

As previously reported, Wiener introduced legislation January 16 to direct the secretary of the state Department of Health and Human Services and the chief of the State Office of AIDS to implement a statewide, integrated response to the HIV, hep C, and STI epidemics, which health professionals call a "syndemic," because each makes the others worse and they have interrelated causes.

The San Francisco AIDS Foundation declined a request to comment for this story. According to a fact sheet from Wiener's office, SFAF is a co-sponsor of the bill, as is APLA Health.

Updated, 2/6/20: This story was updated to include the bill number. Updated to reflect that AIDS Project LA now goes by APLA Health.