Jock Talk: Super Bowl lived up to the hype, despite 49ers' loss 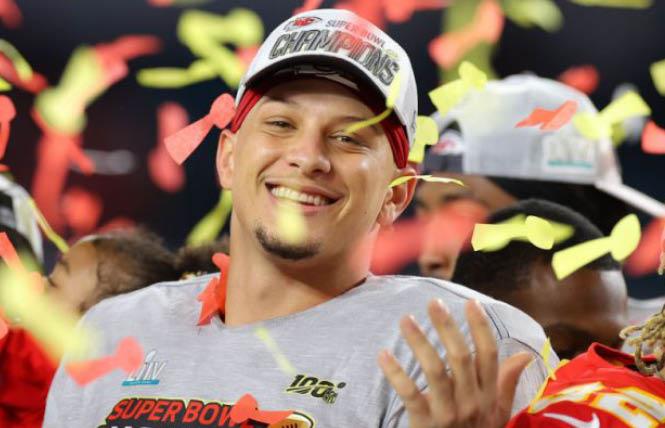 The game itself featured some horrendous officiating and a dramatic comeback against a defense that went from withering to withered. The halftime show — perhaps the most fantastically fabulous in Super Bowl history — featured a Middle Eastern zaghrouta (or tongue ululation) by Shakira, the best pole dance we've seen since "The Sopranos" by Jennifer Lopez, and costumes that were nothing short of an unintended homage to "Barbarella." The president, who not so long ago was ripping the league and its players for lack of patriotism, took to Twitter (of course) to congratulate the state of Kansas for a victory by a team from Missouri. In the end, Super Bowl LIV was, for San Francisco 49ers fans, a disappointing end to what was otherwise an unpredictably, smashingly successful season.

It was, indeed, a dream season for the 49ers, one that lasted just 15 minutes too long.

That the Kansas City Chiefs had made it this far, their fans nosily chanting their racially-offensive chant as Patrick Mahomes repeated his weekly transformation from competence to Joe Montana-esque late-game brilliance, was little surprise, as most NFL pundits thought they should have been in the championship the year before. That veteran coach Andy Reid was finally able to win his first Super Bowl to cap a career of great coaching was wonderful to behold for any fan with half a heart.

But what was inexplicable and incomprehensible was the decision by the Niners, leading by 10 points in the second half, to go away from their advantage in the clock-eating running game around which they had built their identity all year, and rely on a funky, little-tested passing game that gave the Chiefs all the time for their double-digit comeback to win, 31-20. The collapse was so reminiscent of the debacle three years ago that Niners coach Kyle Shanahan, then the offensive coordinator for the Falcons, suffered through when Atlanta blew a 28-3 lead to lose to New England in overtime. In his two Super Bowls, when Shanahan eschewed the run late, his teams were outscored 46-0 after the third quarter.

As dramatic as the game was and as glam-glam fab as the halftime show was (an evangelist called it sexual exploitation on social media without really explaining how it was exploitive), the commercials, often the best part of the day, were pretty much a collective "meh."

Oh, there was false hype that for the first time, there would be drag queens featured in an ad. (That actually happened back in 2000 when RuPaul was in an ad for Webex.) "Groundbreaking!" the hype-meisters assured us. And sure enough, there they were — two shots that combined took up less than a second in a commercial for who can remember what. (Sabra Hummus.)

In the wake of it all, Niners fans are left to savor what was (a season so unexpectedly successful after the previous year's 4-12 implosion) and wonder about what will be. Will the core hold together, the Super Bowl loss providing the mentality and motivation to succeed next time, the coaching staff to decide to stick with what brung 'em to the dance — or will it all blow away as free agency and physical grind extract their heavy toll?

Me? I think it will be Baltimore versus San Francisco in Super Bowl LV. If that's the matchup, I say they let Colin Kaepernick do the coin flip.

EuroGames registration passes 1,600
As of the end of January, registration for the 2020 EuroGames, to be held August 5-9 in Düsseldorf, Germany, had reached 1,636, organizers announced on event website, http://www.eurogames2020.de/en

The EuroGames are offering 30-plus sports, ranging from swimming and soccer to dance and wrestling.

Non-Europeans may enter the event but must pay a surcharge of 20 euros ($22.12) tacked on to the general registration fee of 80 euros ($88.50) and sports-specific fees that vary from 7 euros for most sports to 110 euros for golf. The base registration fee is scheduled to increase 10 euros May 1.

The seminar will be held at Armbrust Pro Gym in Wheat Ridge, a suburb of Denver. It will offer coaching and a mock competition to help athletes prepare for tournament. Cost is $45. Event and registration information is available through the LGBT Powerlifting Seminar-Team USA event page on Facebook.