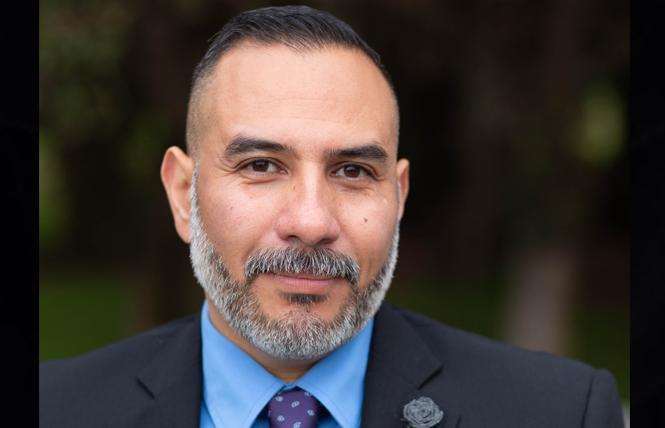 The board of San Francisco Pride has appointed interim Executive Director Fred Lopez as its new permanent leader, according to a January 31 news release.

He started in the role January 15, but the San Francisco LGBT Pride Celebration Committee only announced the news Friday.

In a January 29 interview, SF Pride board President Carolyn Wysinger declined to comment when the B.A.R. asked when the appointment of a new executive director would be announced.

"I am grateful to be able to help steer San Francisco Pride into 2020," Lopez said in the release. "On the cusp of this landmark 50th commemoration, we are tasked with acknowledging the incredible history of LGBT strength in San Francisco and with looking to the future and what it holds. I look forward to being a part of it."

At press time, Lopez had not responded to the Bay Area Reporter's request for comment.

Lopez had previously worked as executive director of the Castro Street Fair and served on its board. He has also worked at the San Francisco LGBT Community Center and at Lyon-Martin Health Services, and has "led event management teams for SFMOMA and the Fort Mason Center for Arts and Culture," according to the release.

About 110 candidates were interviewed, according to Wysinger.

The announcement comes as the Pride board of directors prepares for a February 5 meeting where it will decide whether to include Google, its affiliates, including YouTube, and the Alameda County Sheriff's Office in the parade after a membership vote to exclude them January 15.

As the B.A.R. previously reported, the vote of a small group of members — led by two former Google employees — to ban the organizations is considered non-binding by Pride's attorneys, but the board of directors will take up the matter next week.

At press time, SF Pride had not responded to a request for comment about the salary of the executive director position.

As the B.A.R. previously reported, Ridgely was compensated $126,472 in salary and benefits from Pride in 2016, according to that year's Pride IRS Form 990.