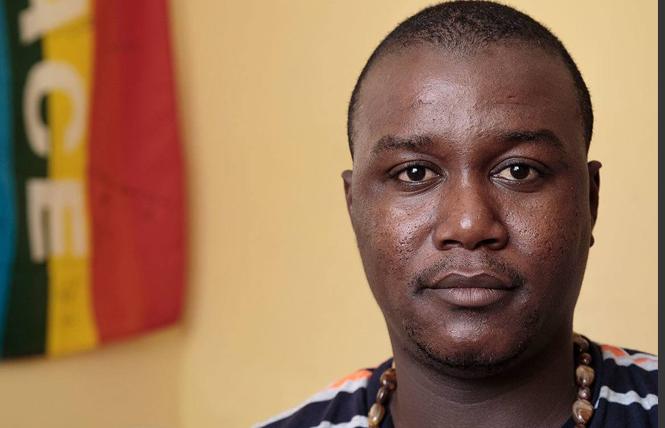 International LGBT organizations are calling for Haiti's government to investigate the suspicious death of the country's leading gay rights activist.

Charlot Jeudy, 35, was found dead in his home in Pétion-Ville outside of the capital of Port-au-Prince November 25. His body was discovered by one of his brothers and his bed was surrounded by feces.

Jeudy's brothers wished to remain unidentified for their safety.

Representatives of the International Association of Gay, Lesbian, Bi, and Trans in Latin America and the Caribbean broke the news of his death in a statement.

Pedro Paradiso Sottile, executive director of IAGLBTLAC, said in the statement that the "circumstances of [his] death are very vague."

"While the cause of death has not been verified, OutRight fears that Charlot's death may have been a hate crime," the November 25 statement said. "Charlot had been receiving threatening and anonymous phone calls, yet was determined to continue the fight for LGBTIQ equality."

Jeudy's relatives told representatives of IAGLBTLAC that they suspect poisoning, according to the statement.

An autopsy report hadn't been released as of press time.

Haiti is one of two nations on the Caribbean island of Hispaniola. The other country is the Dominican Republic.

Homosexuality is legal in Haiti, but anti-LGBT attitudes dominate the society, violent attacks against the community have increased, and two proposed anti-gay laws were pending in parliament in 2018, according to media reports.

"I knew Charlot as a bold LGBTIQ leader and fierce advocate fighting for the rights of his community," OutRight Executive Director Jessica Stern stated. "Even though the cause of death is yet unconfirmed, we fear it is part of a larger pattern of anti-LGBTIQ violence underway in Haiti, potentially focused on people visible within LGBTIQ organizations. We call on the police to carry out an immediate, credible, and transparent police investigation into the death of Jeudy Charlot. Haiti must protect LGBTIQ people from violence."

Representatives of IAGLBTLAC echoed the call for an investigation into Jeudy's death, requesting authorities to go into "great depth" into the circumstances and for the perpetrators to be brought to justice if it is determined Jeudy was murdered.

"The Republic of Haiti must show that it refuses to kill its citizens because of their sexual orientation and their commitment to the rights of LGBTI people," stated representatives of IAGLBTLAC.

The organizations were joined by U.S. and French embassies in urging the Haitian government to investigate Jeudy's death. Reuters reported that diplomats expressed their own sadness of the loss.

Even Haiti President Jovenel Moïse tweeted, "I wish the causes of his death will be clarified quickly," reported the Virgin Islands Daily News.

In 2011, he founded Kouraj (translated Courage), an LGBT rights organization in Haiti, to advocate for gay and lesbian rights in the country.

In an interview with the United Nations' communications office during its mission in Haiti last year he said, "Whether they are accepted or not, the masisi (gays) and madivin (lesbians) are citizens of the Republic of Haiti."

The organization worked in partnership with the mission to support justice in Haiti, educating more than 3,000 Haitians about sexual orientation and gender identity, according to the statement. The organization also worked on economic independence and other projects.

Documenting anti-gay violence
Under Jeudy's leadership, Kouraj also worked with a number of global organizations, from the United Nations to OutRight.

Kouraj was working on a multi-year project fighting sexual and gender-based violence in Haiti with OutRight, according to the statement.

Another LGBT organization working in Haiti, FACSDIS, also reported "unprecedented violence and attacks against people based on their perceived sexual orientation and gender identity," according to OutRight's statement.

Four members of FACSDIS were victims of an attack on October 17, where several members sustained physical injuries.

Representatives of IAGLBTLAC gave the report to Victor Madrigal-Borloz, the United Nations' independent expert on Sexual Orientation and Gender Identity, but they were unable to secure time to speak with him about the "particularly serious situation in Haiti," according to the statement.

Jeudy was scheduled to attend a conference about homophobia and transphobia in Latin America and the Caribbean being hosted in Colombia last week.

Jeudy was attempting to obtain his visa to attend and lead the first-ever French language session in the history of the regional conference, according to the statement.

"He could have alerted ... Victor Madrigal-Borloz of the worsening situation in Haiti," IAGLBTLAC representatives stated.

Zambia and U.S. ambassador get into LGBT rights fight
United States Ambassador to Zambia Daniel Foote criticized the country's government after a court sentenced a gay couple to 15 years in prison and gave the African country's leaders a brief LGBT history lesson.

"I was personally horrified to read yesterday about the sentencing of two men, who had a consensual relationship, which hurt absolutely no one, to 15 years imprisonment for 'crimes against the order of nature,'" wrote Foote in a statement published by Rights Africa November 29.

"Meanwhile, government officials can steal millions of public dollars without prosecution, political cadres can beat innocent citizens for expressing their opinions with no consequences, or poachers/traffickers can kill numerous elephants, barbarically chainsaw and sell their tusks, and face a maximum of only five years imprisonment in Zambia," he continued.

He warned Zambian officials that "decisions like this oppressive sentencing do untold damage to Zambia's international reputation by demonstrating that human rights in Zambia is not a universal guarantee."

Foote then proceeded to give Zambia's leaders a brief LGBT history lesson.

"Gay individuals have historically comprised over 10 percent of the world's population, back to the days of renowned Greek philosophers, and reportedly gay men, Plato and Aristotle. Gay individuals continue to make exceptional contributions to society in the United States and elsewhere, as politicians, artists, ambassadors, business leaders, philanthropists, and friends," he said in the statement.

"Perhaps, it's time for Zambia to consider its outdated stance and obsolete legislation on how to treat the LGBTI community, and all others considered 'different,'" he concluded.

Representatives of Pan-Africa ILGA, the African chapter of the International Lesbian Gay Bisexual Trans and Intersex Association, condemned the sentence.

"Pan Africa ILGA condemns the prosecution and sentencing of a gay couple arrested in Zambia," representatives said in a statement, reported 76Crimes. "The arrest follows the invasion of privacy that occurred when the two parties were seen being intimate by a housekeeper. This in itself is a gross violation of privacy and by extension, an assault on the dignity of the parties."

The organization called on Zambia's government to do away with the country's anti-gay colonial era law.

Representatives also called on international human rights and LGBT organizations to pressure Zambia's government to take action to strike the laws down.

He told reporters that he was going to send a protest letter to Washington due to Foote's letter.

"We are saying no to homosexuality," Lungo told Sky News, reported the Blade, noting his government plans to make a formal complaint against Foote with the Trump administration.

A lower court convicted the couple, Japhet Chataba and Steven Samba, in 2017 after a housekeeper allegedly witnessed the two men being intimate while peeking through an open window at the Kapiri Mposhi, a hotel located about 120 miles north of Zambia's capital, Lusaka.

Homosexuality is illegal in Zambia.

The two men appealed their case, but on November 28, Lusaka High Court Judge Charles Zulu convicted the men, sentencing them to serve 15 years in prison for violating Zambian law.

Kesha is a UN Human Rights global partner of the High Note Global Initiative, and an American singer-songwriter.

The UN Human Rights Council is global partner of the High Note Global Initiative founded by David Clark, a creator of cause-brands and humanitarian initiatives for President Nelson Mandela, Muhammad Ali, Prince, the UN, Amnesty International, and the Anne Frank Center, among others.

Lauper's lobbied for $250 million in new annual federal funding to invest in preventing and ending youth homelessness in over 70 communities across America. Her organization, True Colors United, works to prevent and end youth homelessness among LGBTQ youth.

Brown, 23, of Tennessee, will join two nonbinary scholars at the University of Oxford in 2020, according to the Rhodes Trust.

Once a homeless teen due to being kicked out for being transgender when she came out to her family at 17, Brown was inspired to study forced migration and asylum, reported NBC News.

Got international LGBT news tips? Call or send them to Heather Cassell at WhatsApp: 415-517-7239, or Skype: heathis.cassell, or oitwnews@gmail.com