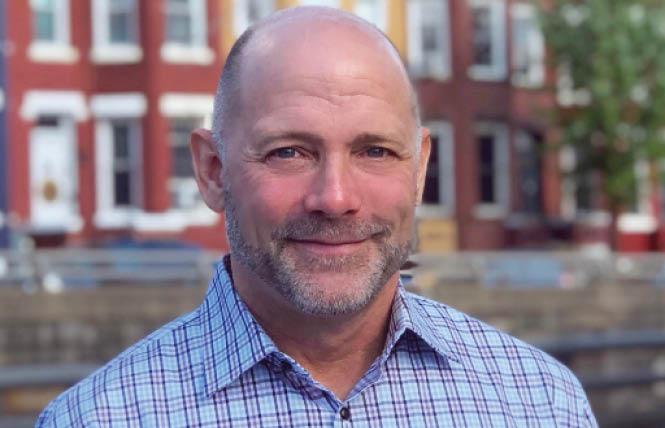 In what one researcher said was "jarring," 54% of HIV-negative young adults didn't report using condoms or PrEP — two critical tools in preventing the spread of the virus that causes AIDS — according to the results of a survey released by pharmaceutical company Merck November 25.

The national survey, "Owning HIV: Young Adults and the Fight Ahead," was conducted over the summer in conjunction with the Prevention Access Campaign, a group seeking to promote the knowledge that HIV-positive people with undetectable viral loads cannot transmit the virus as part of the U=U (undetectable=untransmittable) campaign.

"This was a groundbreaking, first-of-its-kind survey with this demographic," said Dr. Peter Sklar, a straight ally who is director of clinical research at Merck Research Laboratories. "The results were really jarring to all of us."

For decades, condoms were the only known way to prevent transmission of the HIV virus between HIV-positive and -negative individuals, when used and functioning properly. Once-daily Truvada, approved by the U.S. Food and Drug Administration in 2012, has been shown to reduce the risk of acquiring HIV by more than 90% among gay and bisexual men when taken as prescribed. Studies have also shown a high level of protection for women, heterosexuals, and people who inject drugs.

Last month, the FDA approved a second drug for use as PrEP, Descovy. The tenofovir alafenamide (TAF) in Descovy is an updated version of the tenofovir disoproxil fumarate (TDF) in the Truvada coformulation.

However, the cost of Truvada and Descovy can be prohibitively expensive for some who could benefit. Both drugs are manufactured by Gilead Sciences, Inc. and cost about $2,000 a month for a 30-day supply. As the Bay Area Reporter previously reported, Gilead currently has a medication assistance program to help people obtain Truvada, as well as a co-pay coupon program for those with private insurance. The company indicated in an October statement that this assistance will also be available for people who wish to use Descovy for PrEP.

Other survey findings
The survey also found that 50% of HIV-negative respondents did not know that undetectable equals untransmittable.

"This is an incredible advance that a lot of people aren't aware of," Sklar said of U=U. "There's so much more we can do."

Murray Penner, a gay man who is the executive director of the Prevention Access Campaign, was diagnosed with HIV over 30 years ago. He said that it's easy to forget the lack of knowledge and resources about HIV/AIDS that are available outside of major urban centers like New York and San Francisco.

"If you live there you're in a bubble. It's not necessarily the same as the rest of the country," Penner said. "Some providers are reluctant to talk about (U=U) — they feel it will lead to unhealthy behaviors. But that really has to change."

Furthermore, stigma remains around HIV-positive people. Twenty-eight percent of HIV-negative millennials said that they have avoided casual social contact — including hugging people — because of their HIV status.

Ninety percent of HIV-positive young adult respondents said that "someone may avoid sharing their status because of the fear of losing friends or family, or experiencing mental, physical, or emotional abuse."

"We've known for most of the time of HIV's existence that you didn't get it through casual contact," Penner said. "This stigma is really heartbreaking, as any of us who live with HIV can speak to."

Sklar said that the remaining stigma was what was most surprising to him.

"On a personal level — not me as a physician — I was struck by the persistence of this stigma," he said. "I was lost in all the progress we've made. It was very disheartening."

The release of the survey coincides with the beginning of a new campaign titled "Owning HIV," whose website is live November 25, Sklar said.

The data will be further refined so that Merck and the Prevention Access Campaign can find out where to focus Owning HIV's educational efforts, Penner said.

"In the early days of the epidemic, there was a real emphasis because people were scared. You were going to die," Penner said. "You'd be really surprised, after all these years, that people were informed and not taking precautions, even if those precautions look different today than they did then."