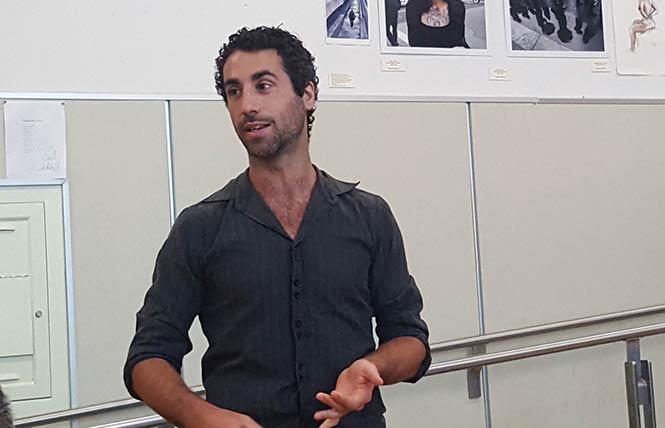 The San Francisco Planning Commission Thursday declined to take a discretionary review of a building permit for a proposed Castro falafel eatery.

The vote was 3-1 in favor of the discretionary review, but that a unanimous vote of the commissioners present so it failed.

As the Bay Area Reporter previously reported, the owner of Gyro Xpress at 499 Castro Street filed a request for discretionary review by the commission to prevent Flying Falafel from opening at 463 Castro Street.

Pashut, who identifies as pansexual, said that he is not sure about the timeline of opening at that location and that it may be occupied in the interim by another business.

Commissioner Dennis Richards, who voted to take the discretionary review, said he remembers going shopping at the Castro's then numerous retail spaces when he was "a young gay boy from San Jose." But, he added, the nature of the neighborhood is changing just as it did years ago in North Beach, which has seen retail spaces go empty while restaurants and bars boom.

"We've become a retail desert and the neighborhood is in a death spiral," Richards said. "I think Flying Falafel can help us get out of the death spiral."

Updated, 10/25/19: This article has been updated with remarks from the planning commission meeting.

Updated, 10/25/19: This article has been updated to accurately explain the vote.