Transmissions: On being trans at Halloween 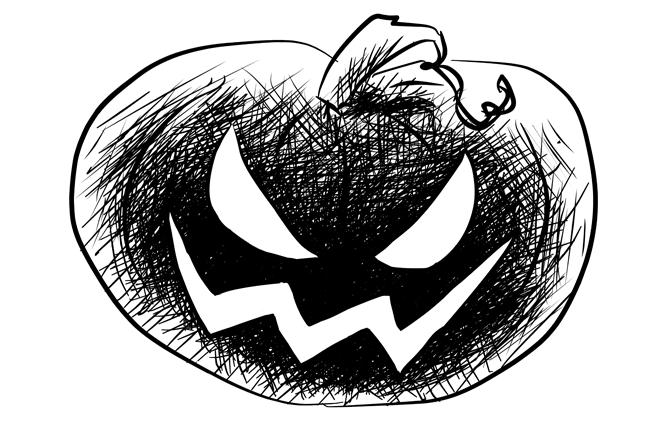 Halloween is a time of magic and mystery. Traditionally, it once served as the end of the year, when fall — and the abundance of the harvest — gave way to the dark and dim days of winter. In that liminal space between the seasons, one could get a moment to pierce the veil between other states, even between life and death itself.

It was a time for communing with spirits, and finding out secrets from the great beyond. In short, this was when what may be hidden could be revealed.

The holiday today is largely one for adult pursuits, as fears of drugs, poison, or sharp items in Halloween candy given to trick-or-treaters — coupled with the crippling fears of "the other" that seem to pervade our ill society — have led us to all-but-bar children from enjoying this annual ritual beyond carefully supervised events.

Meanwhile, adults take to wearing costumes throughout their day. A whole cottage industry is focused on providing "sexy" versions of just about any pop culture noun in existence, and parties allow adults to hit their favorite alcoholic beverage rather than trading "fun size" candies.

When I was a child, more decades ago than I wish to consider, Halloween was a somewhat different affair. The idea of it as an adult party was largely foreign, as kids dominated the holiday.

In my neighborhood, we'd eagerly await dusk, when we'd have full rein of the semi-suburban streets I called home. We'd hit all the houses we could, bringing home buckets chock full of candy.

My parents would usually make my costume. It was usually delegated to my mom to do the sewing, while my dad would sometimes be drafted to work up something special, like securing fake blood and painting a widow's peak on me for a vampire look one year, or wiring up some tiny light bulbs for the time I hit the streets as a "Jawa" character from "Star Wars."

As much attention as my parents put into these costumes, of course, I really wanted one of the cheap mask-and-smock costumes available at the local five-and-dime, displaying whatever character was hot that year.

Then one year, my mom made a costume suggestion that shook me to the core: she suggested she could dress me up like a girl.

As much as you might think otherwise, this suggestion terrified me.

By this point in my young trans life, I'd already tried my hand in my mom's makeup drawer, as well as a stash of old 1960s-era party dresses. I was a latchkey kid, and had many hours at my disposal. I had also become an expert at removing makeup within mere seconds, saving myself from any awkward questions that might come my way.

This suggestion made me question just how well I had done, and if this was some test my mother was putting forth. I could not help but assume there was an ulterior motive in play, and I feared what it all meant.

What's more, if I were to show up dressed as a girl for Halloween, the bullies who had by that time labeled me the school queer would have had a field day. I knew the taunts would be louder, and the punches harder.

There was, of course, a third option, and one that frightened me the most. I already knew how I felt, and had already heard of transgender people. I feared I might likely be trans. I knew that once I experienced this, even just that one night of being out in the open, my life might never be the same.

I knew that Halloween was a time of magic and mystery, and I feared just what may be revealed about me.

It would be another decade and a half before I would work up the courage to have that experience, wearing a hand-made "Belle" costume to an event at a local trans support group, then later at the nearest trans-friendly nightclub.

I am somewhat disappointed to admit that no incredible transformations took place, as I remained — physically, at least — the same person I was. Also, by that point, the genie was already out of the bottle, and my trans self was no longer a dark secret.

A decade or two later, this experience is old hat for me. The magic and mystery may remain, but I find myself with precious few secrets to reveal on October 31.

Yet I know that for a great many more, this may be that year when they first end up experiencing a possibility they may have only dreamed of, something they never thought possible, revealed under the light of a Halloween moon.

Maybe they, too, have experienced the fear of revealing themselves in a city not ready for them, or to parents who would not be ready to accept if their child's costume was something more, some outward sign of who they truly were within.

If this Halloween will be the first time you've been able to reveal your truth, I wish you nothing but success, and I hope the mystery of Halloween carries you to a place of happiness.

If you don't yet feel you can reveal yourself this year, understand too that this is OK. In these times, being safe and well is an important thing. Halloween will come again, and one day you may be ready for it.

Finally, if a friend or family member of yours decides that this year is a time to share a part of themselves they've long since kept hidden, show your support, and your love. In short, be a part of the magic.

Gwen Smith has no costume plans for 2019. You'll find her at www.gwensmith.com.