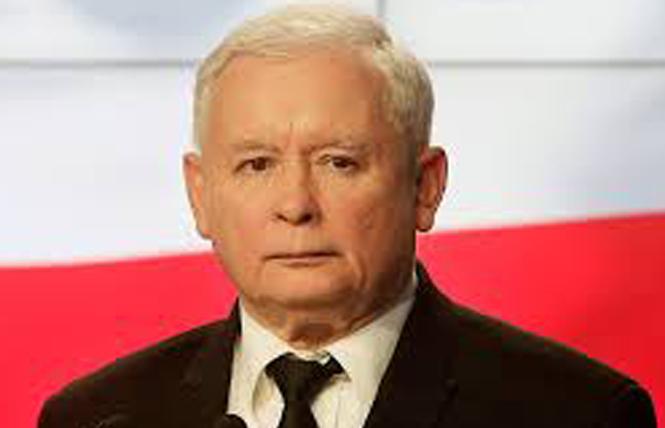 The party's win signals a potential slowdown in Poland's burgeoning LGBT movement. However, this summer's Pride events demonstrated a shift in attitude when youth who marched reach voting age.

The ruling party garnered more than 40% of the vote, granting the party a majority of seats in the lower house of parliament. The party's closest rival, the Citizen's Coalition, received less than 30% of the vote October 13.

The Law and Justice Party opposes any legal recognition of same-sex relationships and parenting. The coalition supports civil partnerships.

The Polish constitution deems marriage as only between a man and a woman.

Exit polls Sunday suggested turnout was more than 60%. If confirmed, it will be the highest percentage of votes since democracy was restored in Poland following communist rule in 1989.

It appears that the party's ploy scapegoating the country's LGBT community delivered. A similar tactic was used in 2015 when the party's target was immigrants and refugees, experts watching Polish politics said.

Leading up to the vote, Cambridge University professor of Polish studies Stanley Bill told France24, "They're very careful to say that they're attacking what they call LGBT ideology as opposed to LGBT individuals - but the undertones are pretty clear."

He pointed out that the Law and Justice party was "playing to their base with the LGBT issue, stoking fears to get socially conservative voters to go to the ballot box, because they need to maximize turnout."

This summer, Poland's LGBT community found itself under attack when it became the focus of the Law and Justice Party's election campaign.

The party's leader, Jaroslaw Kaczynski, verbally attacked the LGBT community. He was backed by leaders of the Catholic Church and local businesses, which placed "LGBT free zone" stickers on their businesses. A Polish court banned the sale of the stickers, which were distributed by Gazeta Polska, a conservative newspaper.

Kaczy?ski called gay people a "threat to Polish identity, to our nation, to its existence and thus to the Polish state" and same-sex parents, pro-LGBT judges upholding "LGBTQ ideology" as undermining Polish values. He topped off his campaign comments in August, calling the multiple Pride events, the most the country had ever seen, "traveling theater."

Many of the Pride events were threatened by anti-gay violence but marchers received police protection.

Flight or fight
Poland's LGBT community can't overlook the anti-gay rhetoric spewed by the country's leaders and the rise in hate crimes. Queer Poles are responding by either leaving or fighting back.

Adam Juda, who was attacked while walking home from a gay bar over the summer, told ABC News that "life in Poland increasingly untenable."

Many Polish gays agree, and like Juda, are considering leaving the country.

"I am nearly 40 and was beaten for the first time in my life because I am gay. When they call us a plague or perverts or pedophiles, they are stigmatizing us," said Juda, who is angry about tax money "supporting the ruling party's programs and the church when we are treated in such a dehumanizing way."

Mariusz Kurc, the editor of Replika, Poland's only LGBT magazine, assessed the situation as a backlash that will propel the movement forward as society becomes more accepting.

Pushing back against the hate this summer, Polish LGBT activists not only took to the streets in Equality Marches but also took to social media in a mass "coming out." Thousands of people declared "I am LGBT" on their profiles.

But the bill's new life and quick death fit within a 24-hour news cycle.

On October 10, anti-gay Ethics and Integrity Minister Simon Lokodo announced the bill was being brought back in its entirety, with an additional enhancement for "promoting" homosexuality.

The following day, Ugandan government spokesperson Ofwono Opondo said that the bill would not be introduced to parliament by the end of the month as previously reported.

"Government hereby clarifies that it does not intend to introduce any new law with regards to regulation of LGBT activities in Uganda because the current provisions in the penal code are sufficient," he wrote.

The Anti-Homosexuality Bill was introduced to Uganda's Parliament in 2009. It was dubbed the Kill the Gays bill due to its harsh death penalty clause for alleged "aggravated homosexuality." After international outcry, the penalty was eventually reduced to life in prison. Ugandan President Yoweri Museveni signed it into law in 2014. Later that same year, the country's Constitutional Court struck it down by due to a technicality.

Ugandan law already criminalizes homosexuality with a maximum sentence of life in prison.

Lokodo didn't respond to media attempts for comment over the weekend.

During the past five years, LGBT Ugandan activists have watched parliament closely in anticipation of attempts to revive the bill.

The announcement of the possibility of the anti-gay bill being proposed sent Uganda's LGBT community into action. It capped a week where Ugandan Minister for Security General Elly Tumwine accused LGBT people of being "terrorists" in connection with opposition leader singer-turned-politician Robert Sentamu Kyagulanyi (who goes by Bobi Wine), the Red Beret Movement, and the brutal murder of young gay activists.

Paralegal Brian Wasswa was hacked in his home in Jinja, about an hour outside of Uganda's capital Kampala. Wasswa was found by his neighbors, who rushed him to the hospital, but he didn't survive.

Wasswa's murder was the fourth in three months, including another gay man in his hometown, a gay man in Kayunga, and a transgender woman in Gomba, according to activists.

"Violence against us has escalated in recent months, countless community members have fled, and I fear it will only get worse," Kasha Jacquelin, founder of the Uganda LGBT Community, said in an October 10 statement from OutRight Action International. "We urgently need support from the international community if we are to stand up against the witch hunt being launched against us."

The Bay Area Reporter reached out for comments to Ugandan LGBT activists but was unable to receive a response by press time.

She said efforts to impose the death penalty for LGBT people "only serve to increase hate and stigma against LGBTIQ people, putting them at risk not only of government persecution but also vigilante violence."

Stern was additionally alarmed by the "promoting" of homosexuality suggested in Lokodo's statement.

"This is an extremely dangerous addition to the resurfacing anti-homosexuality bill, which would, in essence, put activists in grave danger not only for being LGBTIQ, but also for engaging in any community support, awareness raising or service provision activities," she said in a statement.

She called on Uganda's members of parliament to "resoundingly reject" any plans to "legalize this kind of bigotry and witch hunting of anyone who is perceived as being different."

Ugandan LGBT activists believe that the announcement was politically and economically motivated laying the groundwork for the 2021 general elections and oil production agreements.

Jacquelin called the timing of the resurrection of the bill "callous," accusing government officials of "scapegoating" Uganda's LGBT citizens ahead of the 2021 general elections.