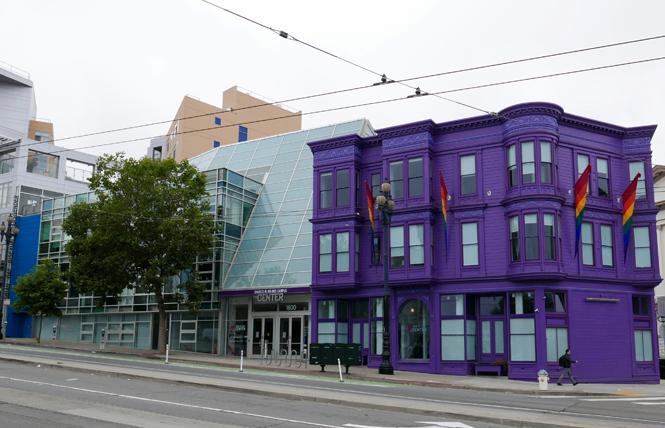 Facing a tepid response from adults willing to open their homes to a homeless young person, the San Francisco LGBT Community Center will hold a recruiting event this Saturday for its Host Homes program.

So far, center officials said, no adults have signed up.

The informational session will be for people to learn how to host a youth in need of housing as part of the program.

As the Bay Area Reporter noted in an August article, unsheltered transitional age youth from 18-24 can apply at the community center for the program, which includes wraparound services — housing, casework, mental health services, and ultimately a plan toward a more permanent housing solution. The program accepts all TAY homeless youth, but the center's language highlights the fact that nearly half of that demographic is LGBTQ, and have specific housing needs that the program can help with.

Karessa Irvin, the program manager of Host Homes for the LGBT center, said that "about 10 young people" facing housing instability are interested in being hosted.

"That's without us recruiting them," Irvin said. "They've been getting word and reaching out to us."

The center said that it did not have any people awaiting services who were available to speak to the media.

The center said that hosts have to be in San Francisco.

Christine Keeves, a queer woman who is the director of communications for the center, said that the program is intended to help the young people get on their feet.

"In addition to their housing placement, youth in the program will work with case managers to develop educational, vocational, and housing plans to help them secure housing post-Host Homes," Keeves wrote in an email to the B.A.R.

The goal of Host Homes — the first of its kind to be offered in San Francisco, although similar programs have been established in Sacramento, Baltimore, and Minneapolis — is to provide housing for 10-15 youth between the ages of 18 and 24 who are homeless (not just LGBT-identified youth).

These youth will be housed from a period of three months to a year.

Major funding for this project is coming from the U.S. Department of Housing and Urban Development via the city's Department of Homelessness and Supportive Housing. The HUD funding was awarded to the center through a competitive grant process. The figures included in the 2019-2020 city budget amount to $350,000 a year for two years.

According to Roberto Ordeñana, a gay man who is the deputy director of the center, there will be a full-time program manager, three staff members, and two case managers.

"This was identified by the community — young people, the (San Francisco Department of Homelessness and Supportive Housing) — as a model we wanted to try in San Francisco to address youth homelessness," Irvin said.

In April 2018 center officials had told the B.A.R. that they were aiming to launch a Host Homes program that fall, as HUD had accepted its grant application to pilot the program for two years. At the same time Mayor London Breed, then a candidate, had included it in her housing plan during the campaign and discussed it when meeting with the B.A.R.'s editorial board. A former aide of hers had learned about a Host Homes program in Minneapolis.

Keeves said that the center's goal is to make sure the matches between host and youth are as helpful as possible for both.

"We are working diligently to ensure that matches between hosts and guests are made based on aligned values, interests, and lifestyles, so we use youth and host applications to find commonalities among the two, allow the individuals to meet, and then determine if they are the right fit," Keeves said. "Our aim is to create pairings that are mutually beneficial both to the host and the guest."

Challenges
Irvin said that there are two challenges the Host Homes program has that are specific to San Francisco. The first is that potential hosts have been leery of signing up because of the city's strong tenants rights laws.

Irvin said that this concern is largely unfounded.

"In all of Host Homes history I haven't heard of a young person claiming tenancy," Irvin said.

A local official with knowledge of these matters said on background that it is conceivable someone could claim tenancy if they provided some payment (not necessarily money) to the host, but that it is more likely that the guest would fall under the legal designation of being a lodger.

Lodgers do not have divisible space from the person whose property they are occupying. Further, they can be evicted for no reason. A lodger must be given an eviction notice of 30 to 60 days, according to the California Civil Code.

The second issue is that while hosts in other cities usually get stipends to offset some of the cost of housing additional people, the money from the federal government for the San Francisco project did not include enough for stipends.

So the center plans on fundraising for at least a one-time stipend for hosts, and hopefully more down the line, Irvin said.

Keeves said that the upcoming session will include people who have participated in the Host Homes programs in other cities so that they can "answer questions to help potential hosts."
Irvin asked Heather Estes to speak at the event, according to Estes. Estes, who lives in San Francisco, housed a homeless LGBT person who now has a place of her own.

"I am grateful to know Val. I have seen her grow, learn, take on challenges, sometimes triumph, sometimes fall back, and keep trying," Estes wrote in an email to the B.A.R. "She is one of the bravest people I know."

Estes wants to encourage other parents to volunteer for the Host Homes program.

"Just know you will also enriched and changed by the relationship with this young person in your home and your life," she added.

Irvin said that the priority right now is connecting homeless youth with hosts.

"We need hosts," Irvin said. "We need the community to step up and not just throw money, but open up their homes."

The center said that the youth in need of housing are aware that they are not going to be housed right away.

"Host Homes is a new program that's being added to the scope of available services in SF," the center stated in an email to the B.A.R. "Youth participants are aware that we are launching and still recruiting hosts, and that because we are prioritizing strong, likely-to-succeed pairs, a match may not happen immediately."