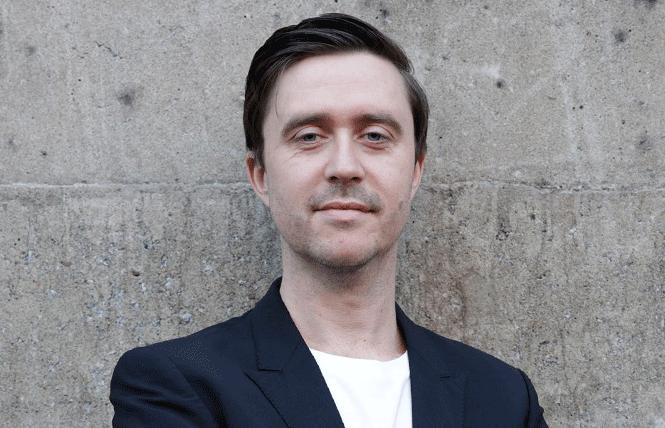 James Woolley, 34, moved to the Bay Area from Sydney, Australia, where he most recently served as head of marketing and customer relations at the Sydney Film Festival.

In all, he has over a decade of film festival management experience, according to a Frameline news release announcing his hire.

"It's been wonderful meeting all the talented staff," Woolley, a gay man, said in a brief phone interview Friday, August 30, a few days after starting the job. "Everyone has made me feel very welcome. I'm very lucky that Frances Wallace has left Frameline in really great shape, so I can get down to business and start looking at Frameline 2020. It's very exciting."

He was referring to the previous Frameline executive director, who departed the organization following this year's film festival in June. Wallace had led Frameline for over five years.

According to the release, Woolley was selected by a search committee of current and former Frameline board members from more than 25 candidates during a six-month global search process. He will be tasked with overseeing the organization's namesake film festival, as well as its other acclaimed year-round educational, distribution, and exhibition programs.

"As we plan for Frameline's future, our board and staff know that it is important both to continue Frameline's legacy, and to find new ways to share queer stories with our community and the world," Frameline's board president, Nadir Joshua, said in the release. "James' passion, innovation, and proven track record in advancing queer stories are exactly what we hoped to find in a candidate. We are thrilled that James will be leading Frameline's next chapter as we continue our work to change the world through the power of queer cinema."

Woolley noted that it's too early to talk about his plans for Frameline's next festival, which takes place June 18-28.

"It's too soon," he said. "We'll definitely do some very exciting things in the future but nothing to be confirmed in week one. I'm still having a very good look at it and discussing everything with the board and the staff. We're going to have a look at the direction we want to go in, but it's going to be collaborative, so there's nothing I can say at the moment."

The Frameline release noted that during his time at Sydney Film Festival (2010-2019), Woolley and his team were credited with doubling ticketing revenue, while the Mardi Gras Film Festival tripled its audience during his run as festival manager, from 2013-2017.

Frameline will start accepting submissions for the 2020 film festival this winter. For more information, visit www.frameline.org.