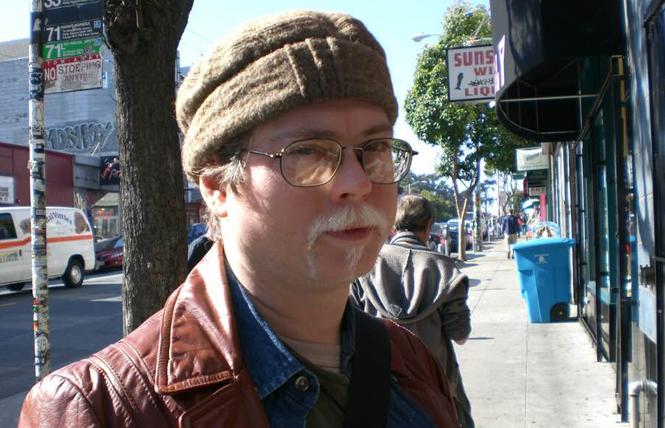 June 17, 1961 — January 7, 2019
"Everything louder than everything else."
Peter was born in Brooklyn, New York, raised in Bayside, Queens, and attended the Bronx High School of Science and Long Island University.

He came to San Francisco after the 1989 earthquake, worked for a while in the classical section at the late, historic Tower Records in the Castro, and became involved with the Radical Faeries and Black Leather Wings for a time.

Peter also attended San Francisco City College, where he was one class and an internship from obtaining California alcohol and drug counselor certification. His goal had been to become a licensed psychotherapist.

Peter was an artist, took classes in painting at the famed Art Students League in New York but eventually preferred performance art. His performances as Miss Representation at the annual Ambassador Hotel talent show are legendary throughout Tenderloin Neighborhood Development, the nonprofit housing agency.

After Peter was diagnosed with portal hypertension and cirrhosis of the liver in 2008, he always said, "It's not how long you live, it's how you live your life."

Peter is survived by his sister Amy of New York, his bereft partner of 28 years, Dennis Conkin, his cat Dexter, his best friend Jeff Swayne, and many friends.