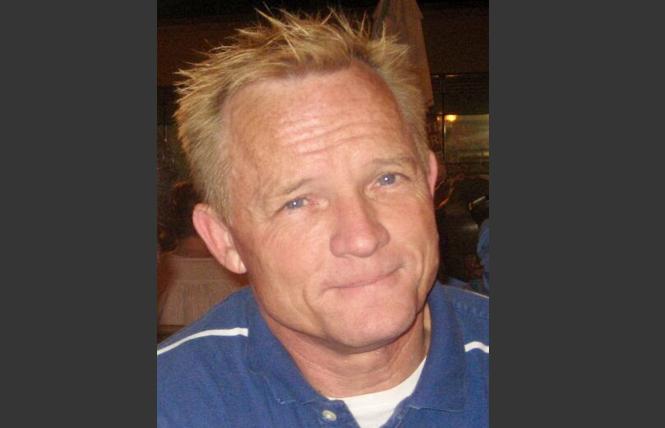 The organization said that the Reverend Rusty Smith, a gay man and Anglican priest, started the job just after the Fourth of July holiday.

Smith's appointment to this position comes after an unstable period in Maitri's leadership, with five executive directors in as many years in a long period of unexplained churn. One of those directors, Anne Gimbel, the organization's first woman in the role, started in October 2017. However, her tenure abruptly ended when Maitri announced in March of this year that retired executive director Michael Smithwick would resume the position on an interim basis. This announcement did not mention Gimbel, and representatives from Maitri did not answer the Bay Area Reporter's request for more information at that time.

The B.A.R. attempted to contact each of the recent former executive directors, including Smithwick and Gimbel, as well as William Musick and Michael Sorensen. Only Sorensen responded to a request for comment. Smithwick, who had previously served as executive director from 2011 to 2017, is retiring again now that Smith has taken the helm.

Smith spoke with the B.A.R. by phone about his eagerness to begin work, and how he feels about taking the job.

"Smithwick came out of retirement because of challenges Maitri was facing, and he stepped back in and did a remarkable job," Smith said, when asked about the frequent changes in leadership. He added that he did not know anything about the end of Gimbel's tenure, nor suspect internal turmoil was to blame.

Questioned about his ability to take on this difficult role, Smith was more explicit.

"I specialize in organizational redevelopment, to help people refresh and fall back in love with their mission," Smith said. "I know the importance of developing the mission so that it's relevant to its community's condition. Maitri hasn't lost its way — AIDS has changed. In my earlier years, AIDS was a death sentence. Now it's not. Palliative care is an evolving mission of who we are. Nonprofits have to adjust to the people that we serve, or we become irrelevant."

When asked if he was worried about the brief tenures of those before him, Smith was adamant.

"I want to stay here until I retire — that means the next nine years," Smith, 62, said.

Smith's plans for the future are concrete and focused, as well.

"I like to connect mission to donors, so I'll be doing a lot of outreach to donors," he said. "I need younger people to recognize that people living with AIDS need us. There's been so much improvement in the stigma around AIDS, but it's still hard to talk about."

He said there is still awkwardness for people disclosing their status.

"We have to realign our mission so that we can lessen that," he added. "As a gay man, I think that we're one of the most courageous communities in the world. It was the lesbians who showed up at bedsides of people dying, and that's the community that Maitri has grown in. I'm going to be focused on creating those connections."

A former Maitri executive director echoed Smith's sentiments about the changing nature of both HIV/AIDS and the community the organization serves.

Sorensen, who is currently the director of the Oregon Society for Universal Healthcare, worked briefly as executive director at Maitri in 2016, taking over for Smithwick when the latter announced his first retirement. However, a combination of internal factors and his own family issues forced Sorensen to leave the organization only six months later.

Sorensen spoke with the B.A.R. by phone, expressing regret for what he had to leave behind.

"Maitri was one of the best, most meaningful experiences of my life. If I could still be there, I would," he said.

When asked about the instability in leadership and what might be causing it, Sorensen was careful, but candid.

"The demographics of who comes to Maitri for end-of-life care is not the same as it was in the early days of the epidemic," he explained. "When it was professional and artistic white men getting HIV and dying, it was different. People used to die and leave the organization thousands, millions of dollars. Those days are over.

"Now, it's folks with mental illness and addiction issues, folks who have very little outside support. The hardest part [of leading the organization] was convincing people that there is still a need to donate. Maitri takes care of people who probably didn't have much comfort or safety in their life, and their last days are kind and humane and all the things that make a safe space possible for death with dignity," he said.

According to its website, Maitri's total revenue is $2.5 million, with 77% coming from government support and another 9% from corporate and foundation grants. Less than 10% of its funding comes from individual contributions.

Wanting to be fair to Maitri's board, Sorensen described it as being made up of passionate and well-meaning individuals.

"They're trying to fight the good fight in services for HIV, but to be honest, my conversation there was often focused to suggest that the organization merge with another hospice or health-specific LGBT or HIV group like the San Francisco AIDS Foundation," he said. "But very few larger organizations are going to want to merge with a smaller one that's fighting for its bottom line on a daily basis.

"The board is trying to chase stability. It's a super caring board with big hearts, but they don't understand that some history may not be able to be repeated. You have to roll with the times and the business and be open to the possibility that being autonomous might not be sustainable," Sorensen added.

Members of the board at Maitri did not respond to requests for comment, but two wrote about Smith's hiring in the organization's recent newsletter.

Board Chair Mike Niemeyer welcomed Smith to the organization.

Board member Ray Lapointe, who was head of the executive director search committee, wrote that Smith brings nonprofit experience to Maitri, as he managed a staff of 110 at St. Martin's Hospitality Center in New Mexico, among other prior jobs.

Smith is a graduate of Loyola University in New Orleans and also attended St. Mary's University Seminary/Anglican Institute He is married to his husband, Scott Reiber.

To learn more about Maitri's work or to make a donation, visit https://maitrisf.org/.