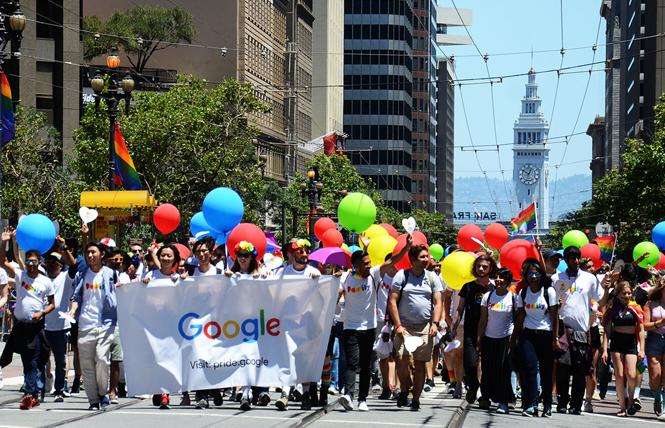 The CEO of Google subsidy YouTube apologized Monday to members of the LGBTQ community for the company's seeming lack of enforcing its anti-harassment policies as activists have called on San Francisco Pride officials to oust Google from this month's parade.

Susan Wojcicki, YouTube CEO, made the announcement Monday, June 10, during a discussion at Code Conference, a Vox-sponsored event run by its tech vertical ReCode.

Over the past week, YouTube has gone through a whiplash-inducing series of decisions, reversals, and public upsets about its own published hate speech and harassment policies following a series of high-profile and detailed tweets exposing ongoing racist and homophobic abuse by the conservative pundit Steven Crowder against Carlos Maza, a gay Latino journalist.

Responding to outrage from queer creators and supporters of Maza's complaints against both Crowder and the platform, Wojcicki stood by the company's decision while simultaneously acknowledging hurt feelings and a loss of public trust.

"I know the decision we made was very hurtful to LGBTQ community," she said, according to Axios. "That was not our intention at all."

Maza did not respond to a request for comment following Wojcicki's statement. 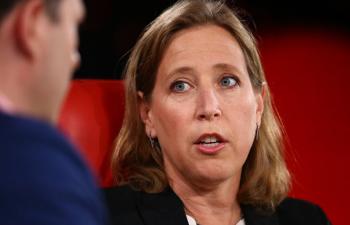 Wojcicki acknowledged this process is far from over. In response to follow-up questions, she said, "I see how much improvement we have already made," adding, "I'm not saying we're done."

In response to pointed and repeated questions, Wojcicki refused to answer whether she believes YouTube radicalizes people.

"Our view is that we're offering a diverse set of content to our users," she said, according to Business Insider's Rob Price, who live-tweeted part of the tense question-and-answer session.

The YouTube apology was the latest in a development that first surfaced at the June 5 meeting of the San Francisco LGBT Pride Celebration Committee board, where current and former Google employees joined with LGBTQ activists in demanding that Google be ousted from the 2019 Pride parade and celebration. They have accused Google of "rainbow-washing" its corporate image while refusing to enforce its anti-harassment policies against monetized YouTube channels that direct bigotry and abuse toward LGBTQ individuals.

Before Wojcicki's apology, a Google employee spoke with the B.A.R. on the condition of anonymity about the current mood among LGBTQ Googlers, saying by phone that, "I'm really worried that they [company leadership] don't know how unsustainable this is. They want to have it both ways: to monetize the engagement that comes from really odious content, but to bear no responsibility for it. And all of us queers who work here see how they're getting away with making money off people who hate us while doing nothing to stop them. Meanwhile, most queer creators' channels are demonetized or marked 'adult' because they use words like 'trans.' Google has no right to be at Pride. They're just capitalists. They don't care."

No action by SF Pride
The SF Pride board, which produces the Pride parade and festival, did not take any action at the meeting, which was first reported by Hoodline.

SF Pride communications manager Fred Lopez wrote in an email last week that the organization is "monitoring the story."

"We are monitoring this story as it develops, listening to the concerns of the community, and have raised these concerns with our contacts at Google," Lopez added. "Google is a longtime partner of San Francisco Pride and is a sponsor of the 2019 parade and celebration. Google is a registered contingent of the parade."

Lopez did not respond to a request for comment following Wojcicki's statements Monday.

In taking on YouTube's policies, Maza gathered evidence. Crowder calls Maza a "lispy queer" in multiple videos, derisively refers to Maza as "the gay Mexican," and sells T-shirts emblazoned with the slogan "Socialism is for Fags." In a thread directed at YouTube itself, Maza appealed for enforcement of policies that state that the platform does not allow "content that is deliberately posted in order to humiliate someone," and "content that makes hurtful and negative personal comments."

YouTube responded in a series of tweets explaining that although the language used is hurtful, it did not violate its terms of service.

After the thread went viral, multiple news outlets (most notably Maza's employer, Vox Media) published articles about the cognitive dissonance between YouTube's stated policies and its choices in enforcing them. YouTube responded yet again by announcing the platform would start removing content from Holocaust and Sandy Hook denialists, as well as applying more stringent standards to remove neo-Nazi videos from the site. YouTube did not, however, directly address the question of anti-LGBTQ bigotry in monetized content.

Representatives from Google did not respond to requests for comment.

Last week, Maza spoke with the B.A.R via Twitter direct message, agreeing that Google should be barred from SF Pride based on its actions in this conflict.

As of this week, Crowder has not been deplatformed or censored in any way. His content has not been demonetized, although he has removed his "Socialism is for Fags" T-shirt from his official shop. His video alleging that Vox and other liberal media outlets are attempting to censor him has 900,000 views. Crowder did not respond to a request for comment.

It is believed that SF Pride has never banned an organization from its festivities, though the vote was very close (5-4) in 2015 after Facebook's rollout of its "real name" policy disproportionately affected queer, trans, and drag queen users of the platform, Hoodline reported.